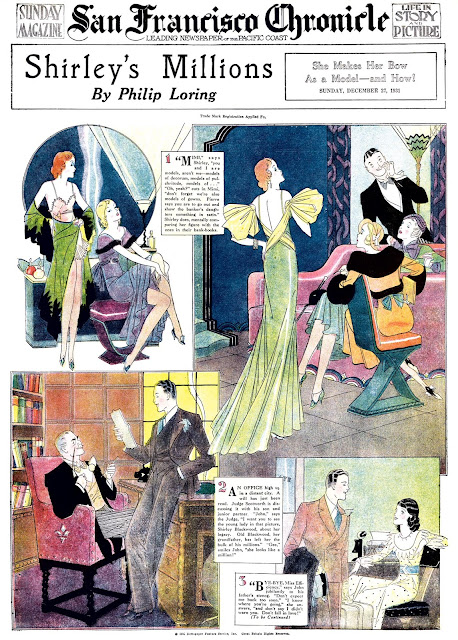 Why Paul Robinson used a nom de plume for his magazine cover comics I don't know, but his last outing under the guise of Philip Loring was Shirley's Millions, which was offered by Newspaper Features Syndicate to run from December 27 1931 to March 6 1932. If you've seen other magazine cover comics, I'll bet you can read the first page of this series and pretty reliably fill in the rest of the story. Sure are some purty pitchers, tho!