Obscurity of the Day: What a Family! 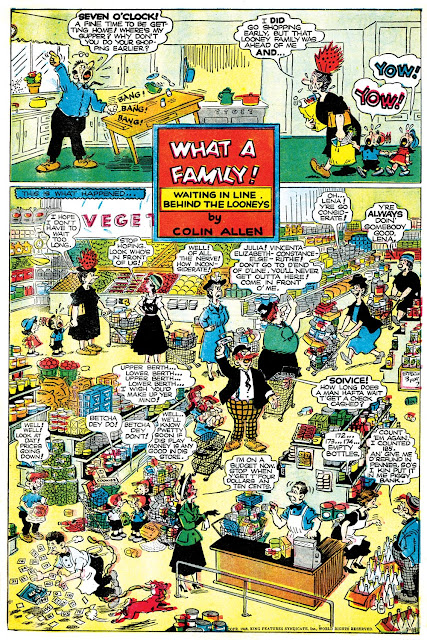 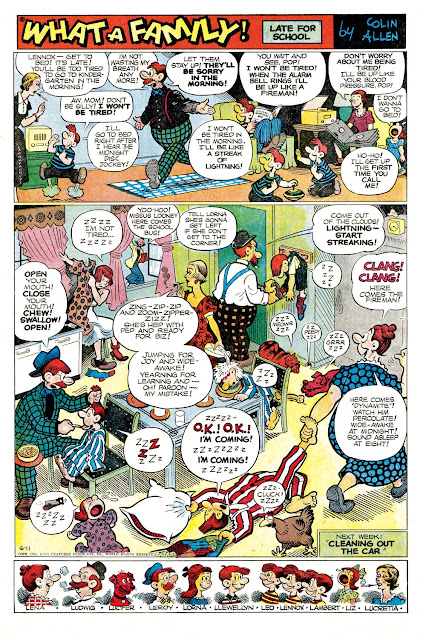 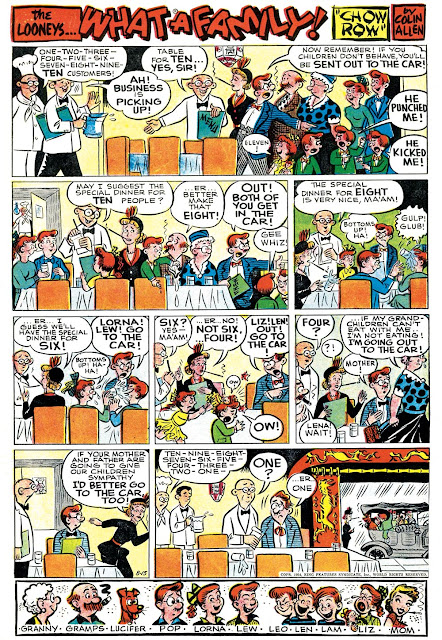 King Features liked to have an offering available to clients in every genre of comics. When Dudley Fisher's Right Around Home, a Sunday page that showed a birdseye view of a goofy family doing wacky stuff, showed some staying power in the nation's comics sections, King trotted out their interpretation, darn close to an exact copy. Debuting on September 8 1946, it was titled What a Family! and penned by magazine gag cartoonist Colin Allen.

The Sunday-only feature was very well done, starring a family named the Looneys who took the madcap antics of Right Around Home to a more zany level. However, apparently the birds-eye view genre didn't have a need for a me-too entry. I have never seen What a Family! running anywhere except in Hearst-owned papers, and then only in their less common tabloid sections, never in the flagship Puck section. Nevertheless, King kept it running for a comparatively long time, over eight years. Near the end of the run, Allen experimented with making it a more conventional strip, and lengthened the title to The Looneys --What a Family (see bottom sample), but that did nothing to entice clients. It was put out to pasture on October 9 1954.

A footnote is that in the early years of this feature Allen sometimes shared credit. On some pages you will find lurking in an unobtrusive corner the signatures of what I assume are ghosts, gag-writers, or assistants. I've seen the names of Jim Clark, Dewey Clark and B.I.P. taking their tiny bit of the spotlight.

Also, Cole Johnson, who provided some of the above samples, believed that gag cartoonist Colin Allen and black newspaper cartoonist Charles Allen were the same person. As Alex Jay will detail in the next couple of days, they were indeed two different fellows.