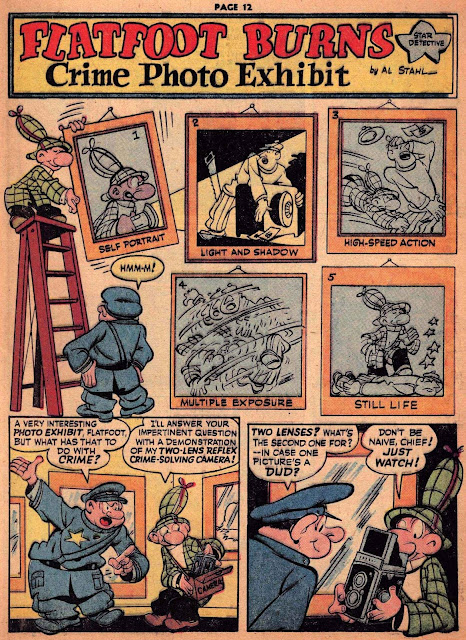 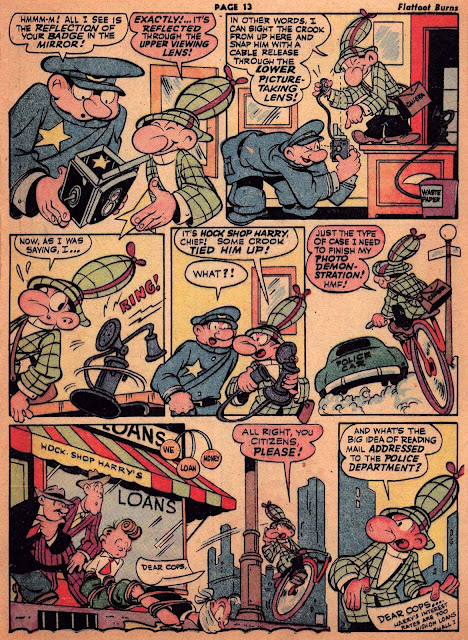 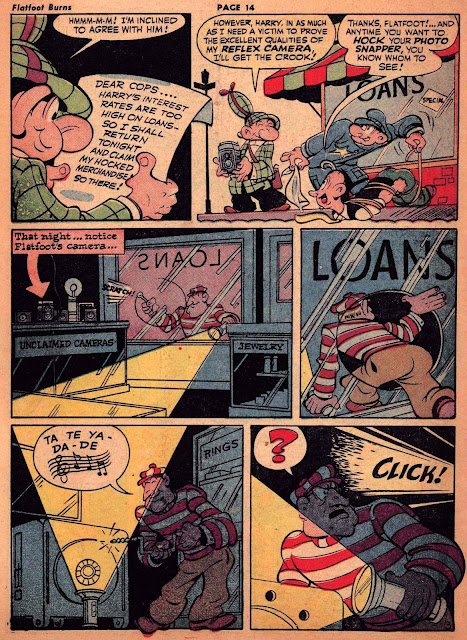 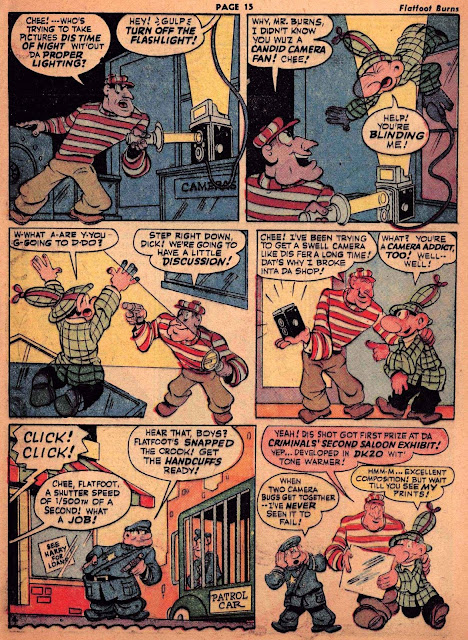 Flatfoot Burns Star Detective was created for Quality Comics by Al Stahl in 1943. It first appeared in Police Comics #19, and ran there irregularly into 1946 issues. But that's not why we're talking about it here on Stripper's Guide, of course. No, it's because this fun but unassuming little backup feature was chosen by Will Eisner to hit the big time as a backup feature in his syndicated Spirit section.

As far as I know, this was the only time that Al Stahl's delightful rubber-boned artwork would appear in newspaper syndication. However, Alex Jay's Ink-Slinger Profile, which will run tomorrow, found a number of possible newspaper series listed in copyright records.

In the Spirit section, Flatfoot Burns was a four-page feature that replaced Intellectual Amos by Andre LeBlanc. According to my indexing of the Chicago Sun, the first Flatfoot Burns story appeared in the issue of May 6 1945. The Grand Comics Database, on the other hand, claims that the switch happened with the issue of June 24. Who is right? I dunno. Maybe my indexing was faulty, or maybe the GCD is a little confused. I can't recheck the Chicago Sun microfilm without a 2000-mile trip, and as far as I know it is not available digitally. At least we agree on the last appearance, which was on November 3 1946. This was when the Spirit section was reduced from 16 pages down to 8 pages.

I'd like to give credit for the scan of the story above, but I found it shared through a site that collects images from other websites (including mine *harrumph*) and offers no credits or back links. That's just not cricket, whoever you are.