Obscurity of the Day: Mr. Cantfooler 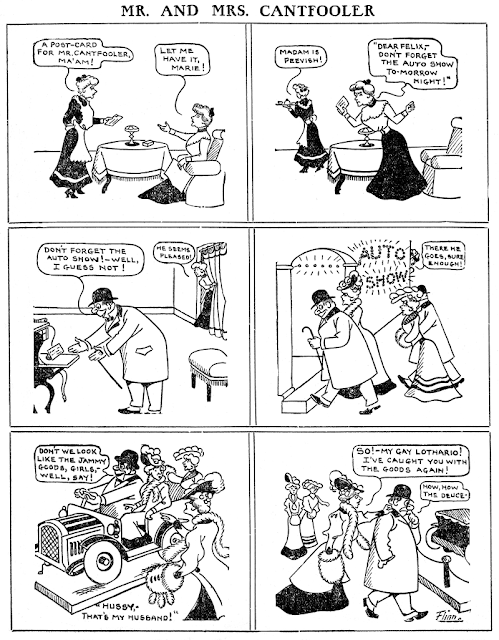 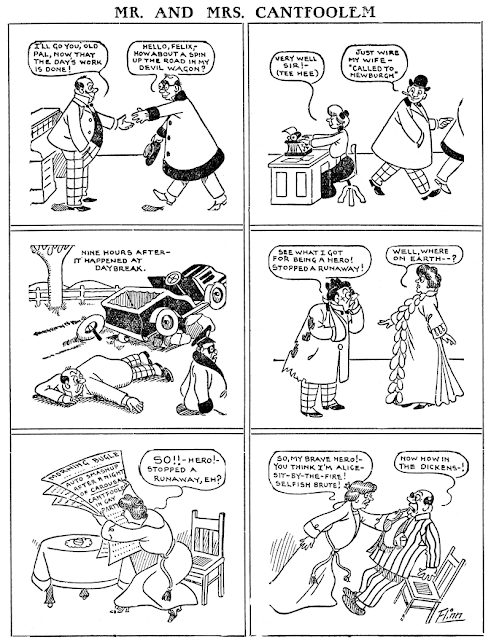 Ed F. Flinn was employed at the New York Evening World for many years as a cartoonist, but it really wasn't his calling. His drawing ability was just fine (his clean unadorned style reminds me very much of Roy W. Taylor, who was also in the World bullpen), but as a gag-writer he was just plain awful. The above samples of his series Mr. Cantfooler show his tin ear for comedy. These strips read like short documentaries of a dysfunctional marriage, not gags.

The really painful part is that Mr. Flinn plays a pivotal role in comic strip history, as sort of the 'biological father'  of the first daily comic strip (see Hogan's Alley issue #12 for an explanation of that statement). How embarrassing to have him in the pantheon of pioneering cartoonists, even in a bit part.

Mr. Cantfooler, which also ran under the titles of Mr. Cantfoolem and Mr. and Mrs. Cantfooler, ran as a weekday strip in the Evening World from August 22 to December 15 1906.

Comments:
I am trying to find information on a sketch / comic panel artist from the Seattle Area name of Jack Pierce. I have a group of his work that looks very much like New Yorker or Esquire. I have some old addresses, but mostly a dead end.