Obscurity of the Day: The Scuttles 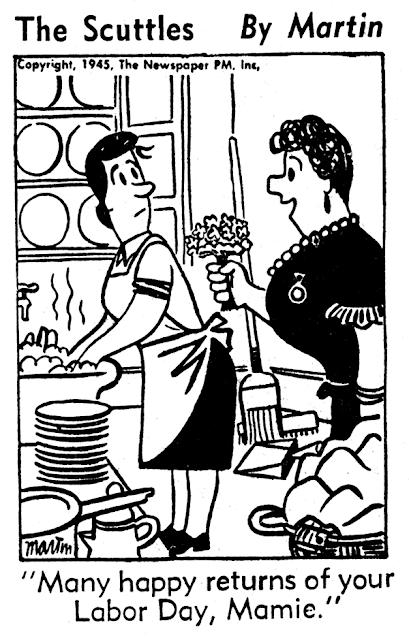 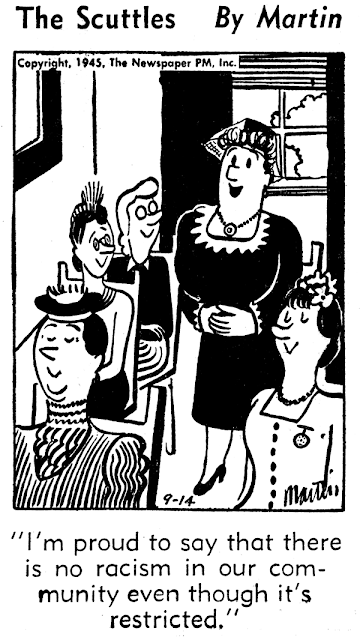 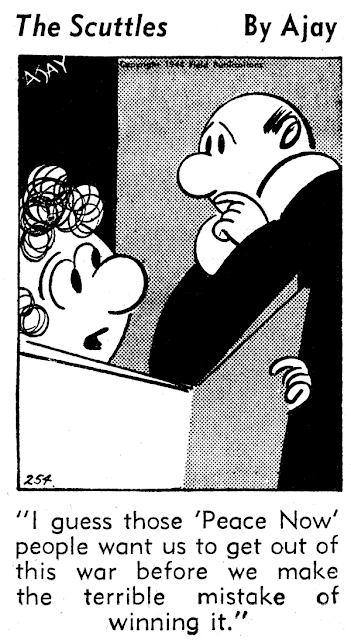 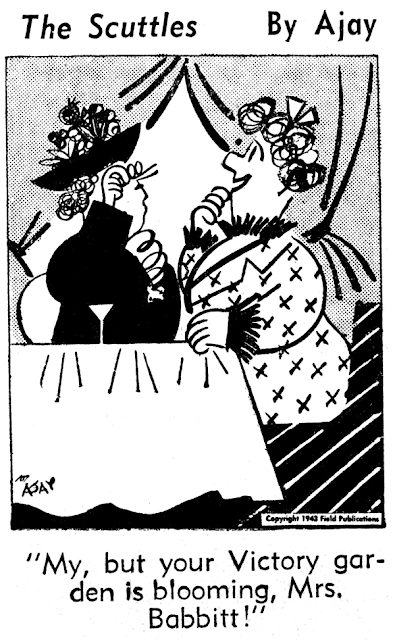 The New York City daily Newspaper PM was a noble experiment in liberal journalism that was funded by Marshall Field and ran from 1940 to 1948. Along with great writing they offered up some great cartoon content. The Scuttles, while just a small unassuming 1-column panel, packed an outsized punch. Mr. and Mrs. Scuttle are prime examples of what the lefties call the clueless 'can't see beyond their manicured lawn' bourgoisie. The panel depicts a class of citizen that in normal times might just be annoying in their petty silliness, but could pose actual danger, in their small ways, while fighting a world war.

The panel debuted on October 12 1942, penned by Charles E. Martin, who had not yet taken up the familiar "CEM" signature that he would use as a perennial contributor to the New Yorker. CEM gave up the panel with the entry of May 8 1943, and it was continued the next Monday by a cartoonist who signed himself 'Ajay'. A guess at the ID of this cartoonist that I printed in my book turned out to be wrong, and Alex Jay will reveal his real identity here on Monday in an Ink-Slinger Profile.