Obscurity of the Day: Drift Marlo 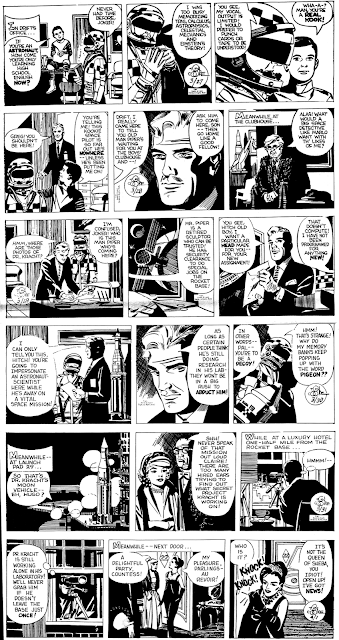 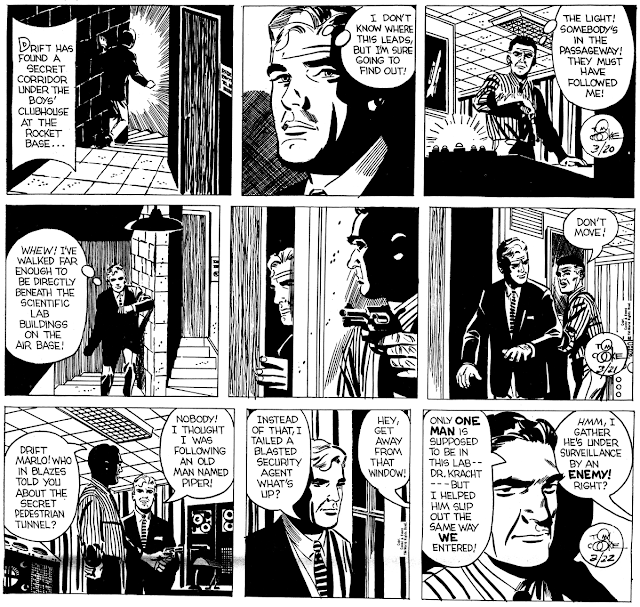 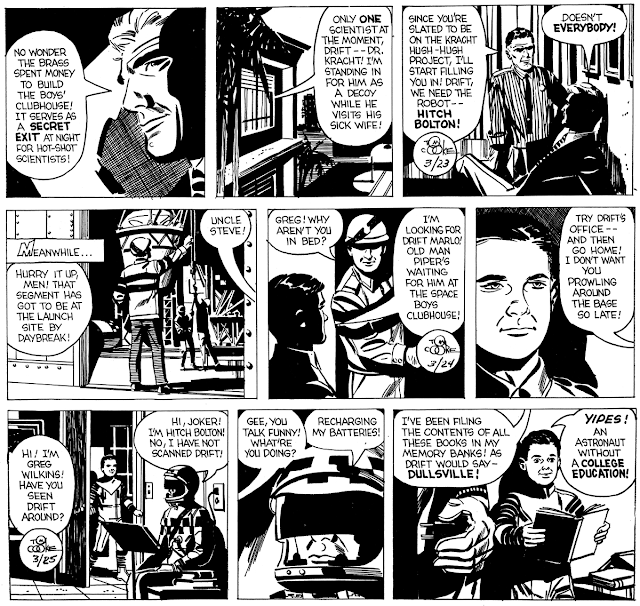 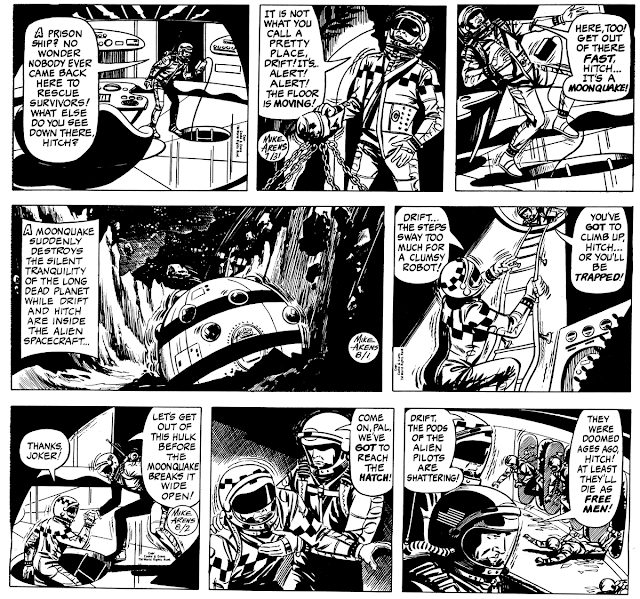 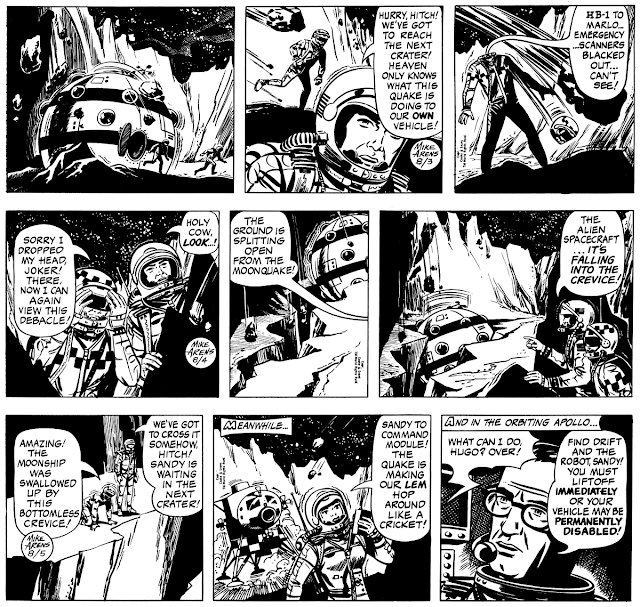 Like most other Baby Boomer kids, I was nuts for everything sci-fi. I inhaled SF novels and comic books, and they were great, but when a sci-fi movie came to town, that was a real cause for celebration. I'd plunk down ticket money for anything that even vaguely smelled of rockets and rayguns. Unfortunately in those days special effects were very expensive, so most space movies ended up being a huge disappointment. Typical scenario of the sci-fi movie of the era: endless blah-blah-blah in preparation for going into space, big liftoff scene stolen from the same NASA footage we'd seen a million times, then endless more blah-blah-blah inside a cardboard space capsule set with the only space in sight being some starlight outside the porthole. Big finale: astromen reach their destination, put on duct tape space suits and bounce around in 'low-G' on a location shoot out in the scrubby hills of southern California.

Experiences like that teach you to really savor other media, where the sci-fi can let loose without worry over budget constraints. That's why kids were crazy in love with stuff like Buck Rogers and Flash Gordon; dopey as they often were, they gave us the thrills we craved. Bizarre tentacled aliens? Check. Spaceships battling it out in the vacuum? Check. Rayguns blasting neat round holes through sleek space suits? Check. Giant robots squashing people like bugs? Check. Nirvana!

But here's the bizarre thing. There was a wave of comic strips in the 1950s and '60s that sought to emulate everything that was wrong with those boring sci-fi movies we so hated for stealing our hard-earned quarters. Drift Marlo is the poster child for that trend, a strip about a "space detective" who solves mysteries having to do with a near-future space agency. The strip is billed as sci-fi, but spends what seems like 80% of its time with material about guys standing around in offices, yacking endlessly. The writer, Phil Evans, seems to consider stories about Soviet agents stealing rocket plans much more interesting than bug-eyed Venusians who drink the blood of human spacemen. Howzat?

The daily-only strip was offered by the small General Features syndicate, starting on May 29 1961*. It appeared in so few papers that my files are completely dry; the only samples I can offer you had to be scanned from old issues of Menomonee Falls Gazette, the comic strip newspaper, which ran the series in reprints in the 1970s.

The strip offered pretty decent sleek art by Tom Cooke, whose prior comic strip credits were assist jobs on Mary Worth and Gene Autry. He seemed a little too comfortable with the soap opera aspect of the strip, drawing those endless yack-yack scenes. He could have opted for adding visual appeal by throwing in some hi-tech backgrounds, or having the conversations occur beneath the exhaust cone of a Saturn V, but he seldom did.

General Features got tired of keeping the strip going for a tiny list of subscribers, and they dropped it as of February 27 1965**. However, the creators seemed to think they could breathe some life back into Drift Marlo, and began to self-syndicate it under the name Cooke And Evans Enterprises. Oddly, Cooke soon left the strip, handing the reins over to Mike Arens on July 17 1965. Arens was a veteran of many years on the Roy Rogers newspaper strip, and after his short stint on Drift Marlo he'd go on to provide art for many Disney newspaper comic strip assignments. His work on this strip looks very stiff, perhaps because he's trying to follow the look of Cooke's version, and it doesn't come off well.

Even the promise of the first Apollo missions was not enough to make Drift Marlo interesting to newspaper editors, and his mission was finally scrubbed on January 1 1966***. Reports that the strip ran longer seem to be due to Cooke and Evans offering the strip in reprints after this date.

Comments:
I'd bump Cooke's art up a notch from "pretty decent" to "darned good" though, as you say, he doesn't get out of his comfort zone.

Phil Evans was my step-grandfather. Much of the information Phil got, came straight from NASA. Phil also wrote a great portion of westerns for Dell, including Roy Rogers and Dale Evens, Gene Autry, Red Ryder, Buck Jones and more. He loved writing Drift Marlo. Tom Cooke's work was phenomenal. I will have to check with family to see if anymore copies of his weekly submissions for their syndicate.