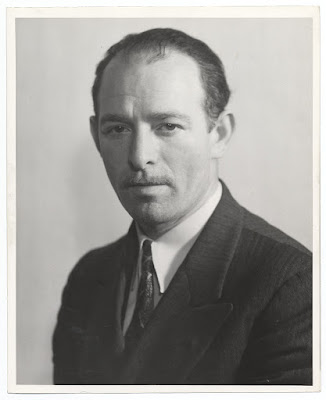 Louis Goodman Ferstadt was born on October 7, 1900 in Berestechko, Russia, according to Who’s Who in American Jewry (1933). Ferstadt’s parents were Harry Wolf Berkowitz Ferstadt and Jennie Gahr. Ferstadt emigrated in 1910. A passenger list at Ancestry.com listed a Ferstadt family of five who arrived in Philadelphia on April 7, 1910. Tente and her four children had departed aboard the steamship Breslau from Bremen, Germany on March 24. The oldest child was Chane, an eleven-year-old female, followed by three males, Berel, ten; Mojsche, nine; and Leiser, one. Mojsche, I believe, was Louis Ferstadt. The passage was paid by Tente’s husband Chaskel Ferstadt who resided at 14 O’Brien Street in Chicago, Illinois.

Who’s Who in American Jewry said Ferstadt studied at Chicago’s Hull House from 1916 to 1917. The Chicago Daily Tribune, June 27, 1918, published lists of graduates from several high schools. Ferstadt completed the Four Year General Course program at Medill. He continued his art training at the School of the Art Institute of Chicago from 1918 to 1923. Ferstadt was on the Chicago Tribune art staff from 1918 to 1919.

St. Nicholas, January 1918, included Ferstaft, for his drawing, on its Roll of Honor.

In the 1920 U.S. Federal Census, Ferstadt, his parents, Harry and Jennie, and two older siblings, Dora and Ben, were Chicago residents at 1612 South Lawndale Avenue. His father was a dry goods salesman. Ferstadt was unemployed.

American Newspaper Comics (2012) aid Ferstadt drew The Kids in Our Block aka Our East Side Gang, beginning in 1926, for the New York Evening Graphic.

According to the 1930 census, Ferstadt lived alone at 178 Clinton Street in Brooklyn. He was a self-employed portrait painter.


…There is another opening this week, that of paintings by Louis G. Ferstadt at the Studio Gallery in New York. Mr. Ferstadt is a talented young painter who is better known in New York than he is in Woodstock, where he lived and worked the past two or three summers. Ferstadt combines a modern technique with something of the emotional imagination.


The Pennsylvania Academy of the Fine Arts’s Catalogue of the Thirty-Second Annual Water Color Exhibition and the Thirty-Third Annual Exhibition of Miniatures, November 4–December 9, 1934, included a work by Ferstadt, “Students” (Lithograph, scratched on Solid Black). His address was 66 Second Avenue, New York City.

Who’s Who in American Jewry said Ferstadt wrote scenarios for animated cartoons in 1935. Who’s Who of American Comic Books 1928–1999 said Ferstadt worked at the Eisner and Iger studio from 1937 to 1939. Ferstadt formed his own studio and produced material for several comic book publishers. Ferstadt copyrighted Bob Kodar, The Hoppers, and Peter Gritt.


…The most important innovation in wall decoration, however, was the design for a colored sign by Louis Ferstadt for the whole outside wall of a building. This is the first time, so far as I know, that a serious artist has attempted a wall decoration in electric lights, and though Ferstadt’s design was in the nature of a comic strip, I think this sort of thing need not be passed off with a Wrigley laugh. Is there any reason glass or pre-cast concrete tile should not be equipped with sockets so that entirely new effects could be worked out in colored lights, using smaller bulbs, placed more closely together?

Who’s Who in American Art, Volume 9 (1953) said Ferstadt was an art director at Fox Features Syndicate and affiliated with the Federal Art Project.

The copyright for Ferstadt’s Sir Hokus Pokus and Junior was held by his wife, Sophie. The success of the book was reported in Publishers Weekly, March 8, 1947.

Mr. Ferstadt who did both the illustrations and text for “Sir Hokus Pokus and Junior” started his own firm, Louis Ferstadt Productions, in August 1946 (PW, August 31). Now that the first title has been launched, the firm plans to do a second printing of the same book, another story about “Sir Hokus Pokus” and other children’s books.