Obscurity of the Day: Foolish Questions 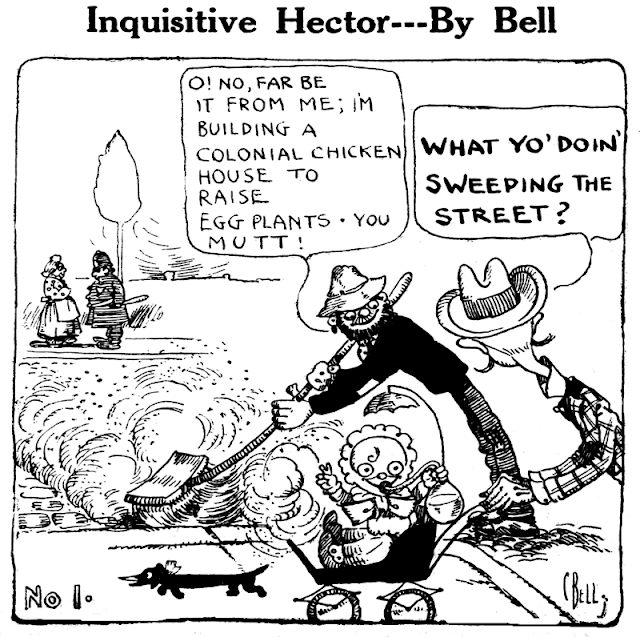 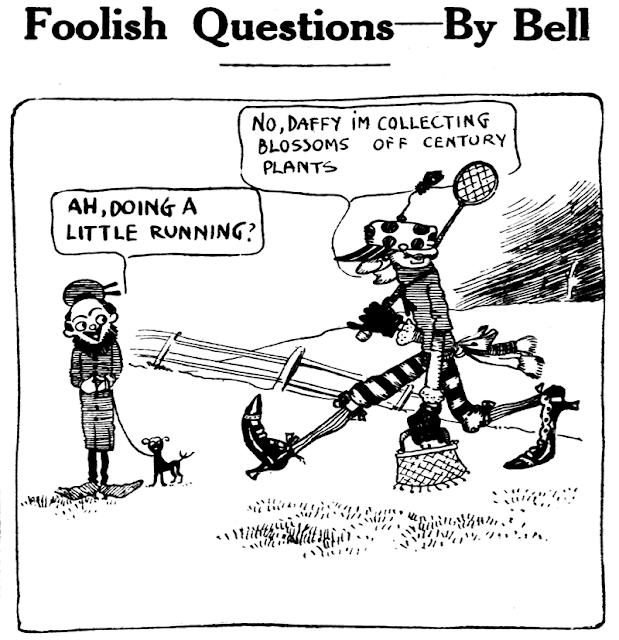 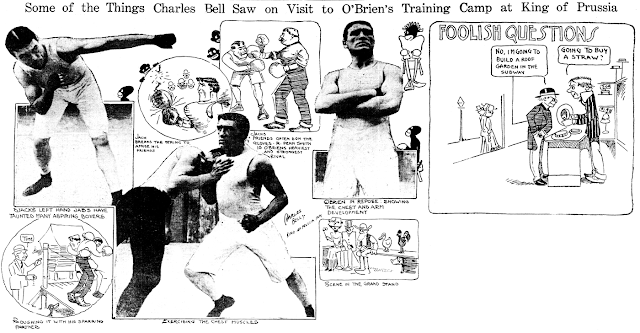 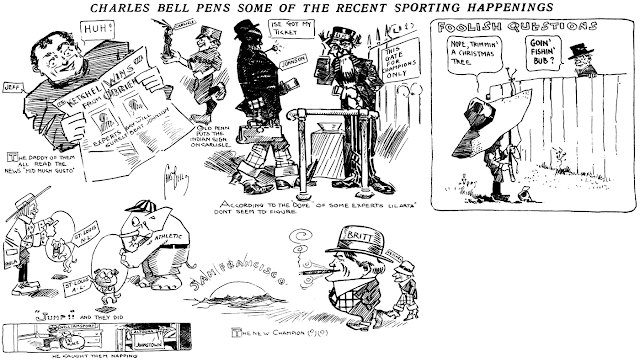 Charles Bell was a sports cartoonist for the Philadelphia Inquirer in the 1900s-30s, working in tandem at that paper with the sports cartoonist with the greatest pen name ever -- Jim Nasium. Nasium was the better cartoonist of the two, and maybe that had something to do with Bell trying to garner some attention by adding to his repertoire a panel cartoon titled Foolish Questions.

How Bell expected to shine up his reputation by making a bald-faced copy of Rube Goldberg's famed Foolish Questions is anyone's guess, but he did indeed do just that. The first panel of the series, run March 20 1909*, actually had a nod toward originality by creating a character who would ask the dumb questions. That first panel, titled Inquisitive Hector, was the beginning and ending of what might have been an entertaining twist on Goldberg's concept.

Foolish Questions rarely ran more than once a week, sometimes appearing separately and sometimes as part of Bell's sports cartoon. In terms of pure humor, Bell did a pretty good job of copying the Goldberg brand of lunacy that made the panel so popular. This is more than some other copycats did, like Ray Ewer's rather bland Those Ridiculous Questions. However, Bell either didn't have the chops to offer the panels more often, or the Inquirer was less than interested in courting a lawsuit. Therefore, Foolish Questions last ran on June 14, having not run more than a dozen times in those three months.


*Source: all dates from Philadelphia Inquirer.

Comments:
I notice that three of the four cartoons reprinted here have the answer on the left and the question on the right, as though the English language weren't written left to right.

Was it not yet a standard practice that the dialogue in comics should generally be read left to right like everything else in English?

Joshua --
Though left to right reading balloons seem obvious today, it is amazing how long it took some cartoonists to get on the bandwagon. You often see 'backwards' dialog in the 1900s, even from some of the greats. Winsor McCay was an occasional offender! --Allan