Frank Lebby Stanton Jr. was born on May 5, 1895, in Atlanta, Georgia according to his World War I draft card which also had his full name.

In the 1900 U.S. Federal Census Stanton was the second of three children born to Frank, an editor and poet, and Leona. The family were residents of Atlanta at 422 Gordon Street.

The 1910 census recorded the Stantons at 300 Lee Street in Atlanta. Stanton’s father was the editor of a daily newspaper and his mother an advertising writer.


In an interview in 1911 in Atlanta with a fifteen-year-old aspiring cartoonist, Frank L. Stanton, Jr., McCay discussed the problem of earning a living when starting out in “this cold, cold world.” He advised the boy that “determination is the main thing…push yourself. If you go out with the idea that you’re not going to make good, you never will.”

The 1913 Atlanta city directory listed Stanton and his father at 675 Highland Avenue. In the 1915 directory, Stanton’s occupation was cartoonist.

On June 5, 1917, Stanton signed his World War I draft card. He was promotion manager at the Atlanta Georgian. He was described as medium height and build with brown eyes and dark brown hair, and had a lame left leg.

The Editor & Publisher, August 18, 1917, covered the convention of circulation men in Atlanta and said

In the official programme, which is a work of art, and which will be preserved as a permanent souvenir of the nineteenth annual convention by its members, many attractive illustrations appear. The covers are ornamented by a clever design, the work of Frank L. Stanton, Jr., in which a watermelon figures alluringly, pictured in its native lair and in its just-so coloring of green.

According to the 1920 census, Stanton lived with his parents at the same Highland Avenue address. He worked in the newspaper circulation department. The 1920 city directory listed his job as manager of the subscription department.

Stanton was a cartoonist in the 1921 city directory. The following year, Stanton’s directory listing said he was an advertising writer for the George Muse Clothing Company. 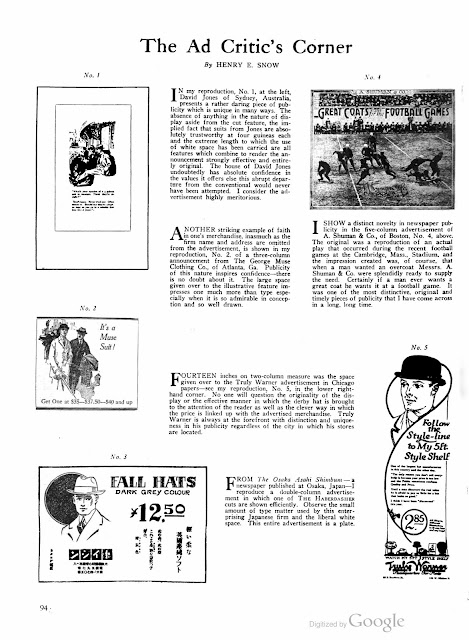 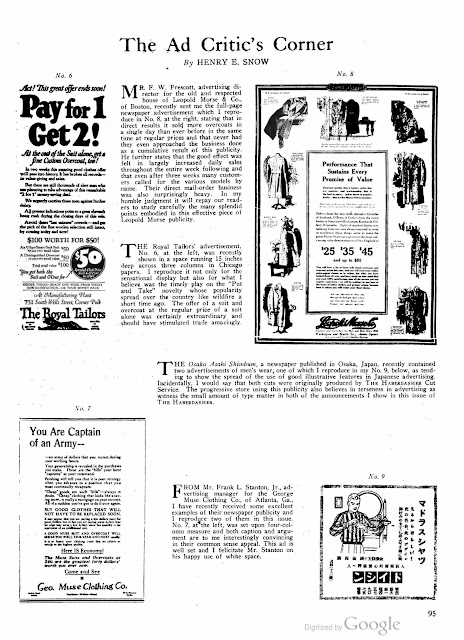 The Clothier and Furnisher, November 1922, reproduced a letter by Stanton. I believe the company logo is on the letterhead. A profile of Stanton, at the Robert W. Woodruff Library, Emory University, said Stanton “created the logo the company has continued to use.” 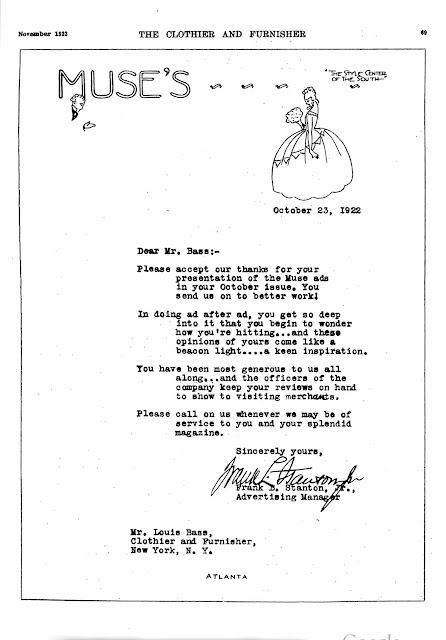 The Atlanta Constitution, October 20, 1925, noted Stanton’s wedding, “Society is interested in the wedding of Miss Dorothy Popham, daughter of Mr. and Mrs. J. W. Popham, and Frank L. Stanton, Jr., which will be solemnized at 8:30 o’clock this evening at the home of the bride’s parents on Peachtree road, the Rev. Father Hasson performing the ceremony.”

According to the Bulloch Times and Statesboro News, May 16, 1929, Stanton was elected to honorary membership in Pi Delta Epsilon, a journalistic fraternity; see page two, column one. 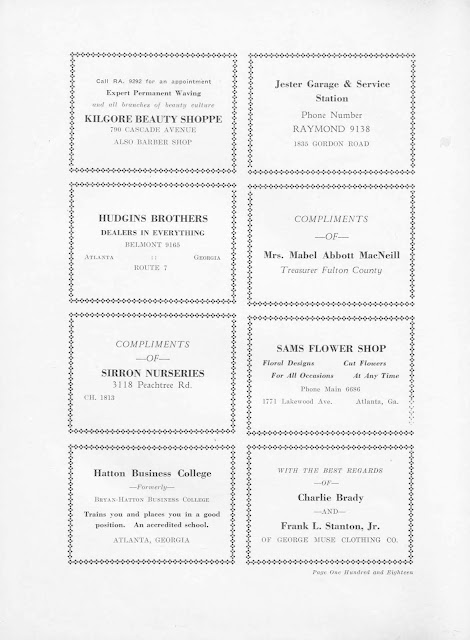 
…Mr. Stanton was born here, the son of the beloved Georgia poet laureate whose Mighty Lak a Rose and other poems made him internationally famous. The elder Stanton was for many years a daily contributor to the editorial columns of the Atlanta Constitution and young Frank furnished much of the “atmosphere” for his father’s noted works.

The younger Stanton attended the Atlanta schools and the Chicago Art institute. He returned to Atlanta to become connected with the George Muse Clothing company and was soon made advertising manager, Later he was elected a vice president.

The Telegraph, January 19, 1932, said Stanton and his wife were laid to rest


…at West View cemetery, and the couple will be buried side by side.

Investigators today said Stanton, son of the late poet laureate of Georgia, probably gave his life in an effort to save his wife. It was believed their automobile struck a bridge near Perry and caught fire in the crash. Mrs. Stanton probably was killed instantly and her husband saved himself and their five-year-old daughter, but was burned fatally in attempting to rescue his wife.

The child was not injured.

Stanton was the “sweetes’ little feller” in his father’s famous poem Mighty Lak a Rose.

A photograph of Stanton and his daughter is here and here.