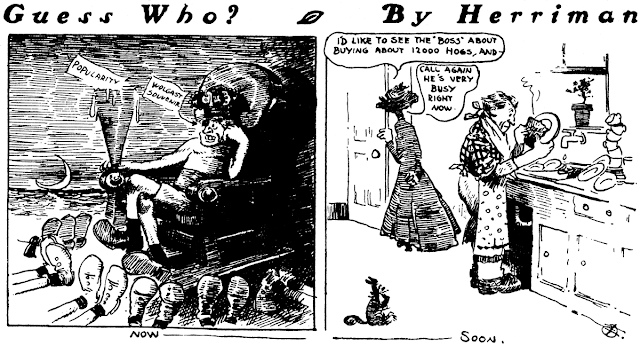 July 16 1909 -- In Herriman's latest "Guess Who?", the roastee is Battling Nelson. He lost a bout against Ad Wolgast a few days back, and there are unfounded rumors that he's to be married. Apparently this future wedded bliss will include a decidely "krazy" looking kat in the household. 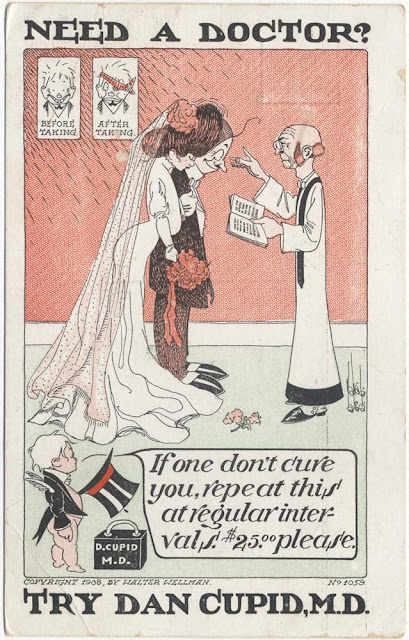 Walter Wellman did a whole series of "Need a Doctor? Try Dan Cupid, M.D." postcards in 1908. This one is #1059. In each one little Dan Cupid prescribes a solution for romantic troubles of various sorts. 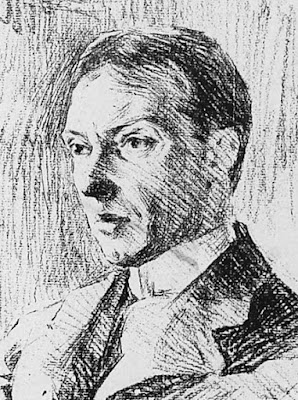 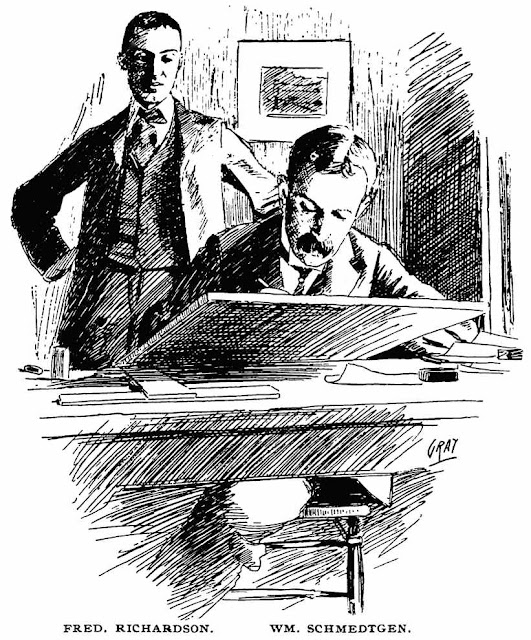 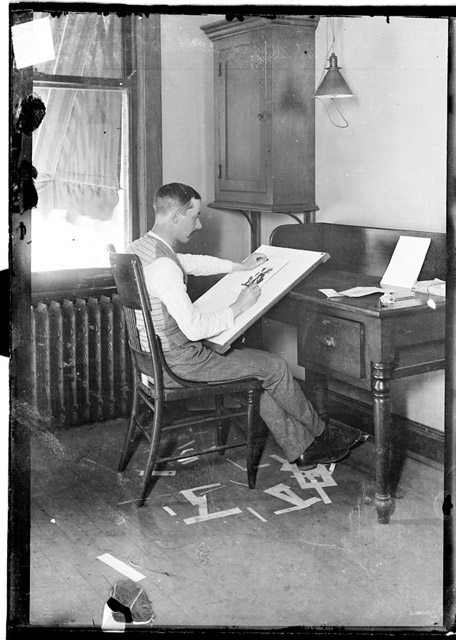 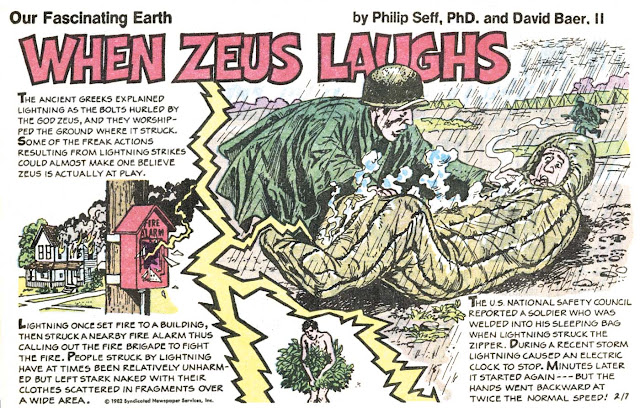 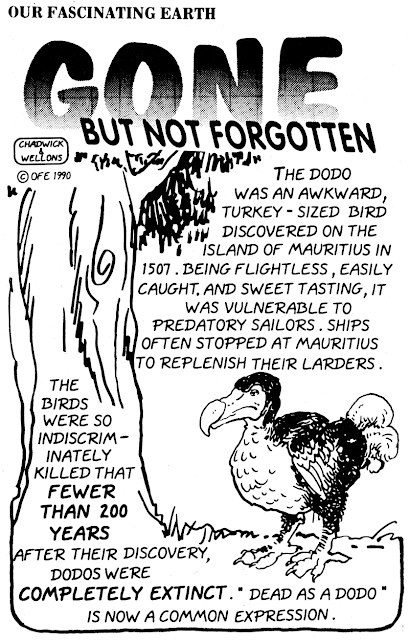 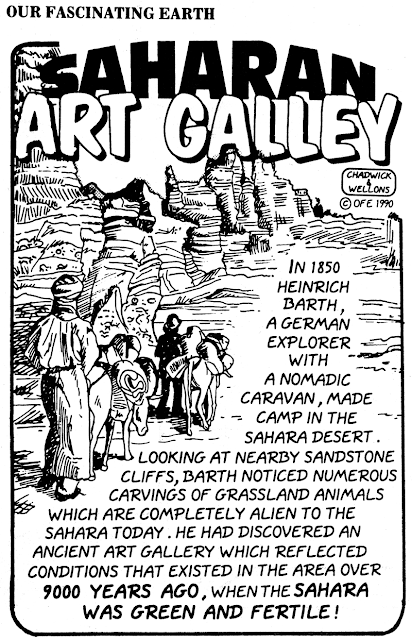