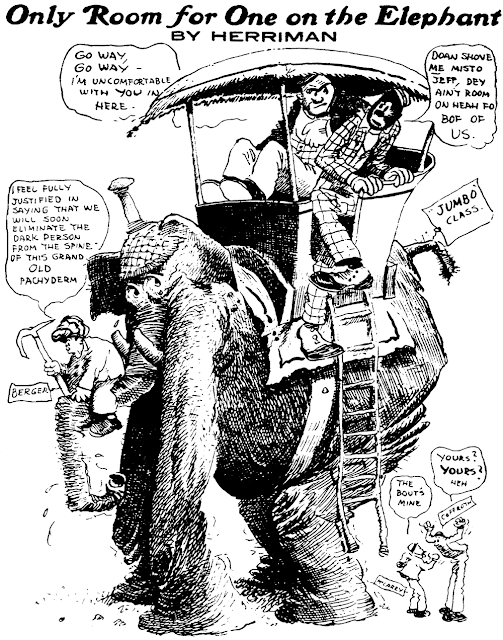 August 13 1909 -- Jim Jeffries expresses surprise at the news that Jack Johnson has met with his manager and agreed to basically any terms that Jeffries cares to name for the bout. Many, including Jeffries, thought that Johnson would ask for the moon and then avoid the fight on the grounds that he could not negotiate a fair contract.

That is one screwy looking elephant ... 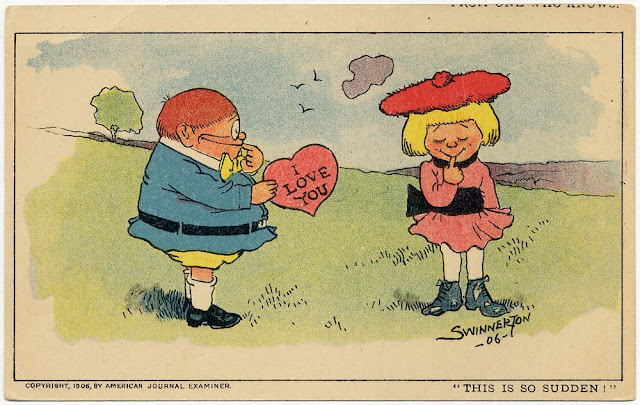 Another in the series of Hearst newspaper giveaway postcards, this one by Jimmy Swinnerton was a freebie distributed with the Boston Sunday American in 1906.

Comments:
I have some of the Hearst cards in their pristine condition, that is, on a large card of four post cards that must be cut out. The bottom of this card tells that it is a special supplent to whatever Sunday paper in the chain that was offering it. As I've somehow never encountered an ad or poster or anything announcing these cards, I've never known what exact week they might have been issued.
My theory is that they were just printed up and then one stuffed inside so many issues until the stock ran out, and they'd be a surprise for the reader. Any thoughts?

Here's a picture of an uncut sample:
http://comicskingdom.com/blog/2015/12/17/ask-the-archivist-post-cards-i

When going through Hearst microfilm, it is entirely possible that I encountered ads announcing these inserts. Unfortunately, even if I had the wisdom to take notes on the phenomenon, those notes would be buried under the infamous vast leaning towers of paper here at Stripper's Guide World Headquarters. 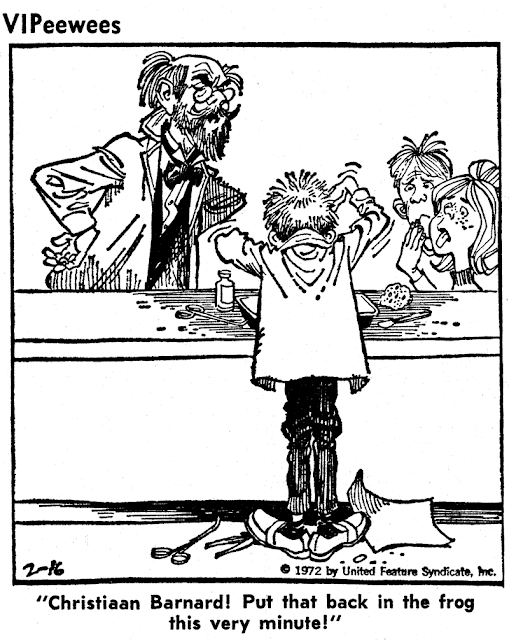 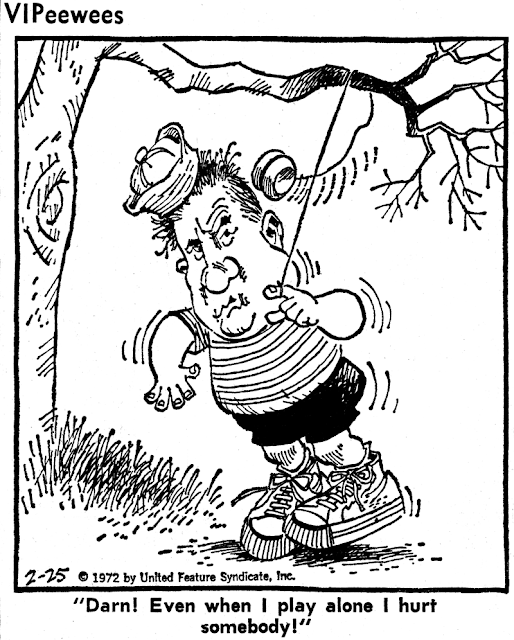 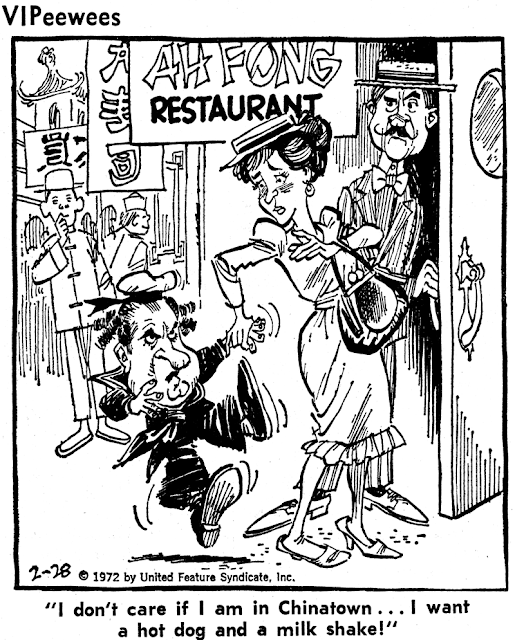 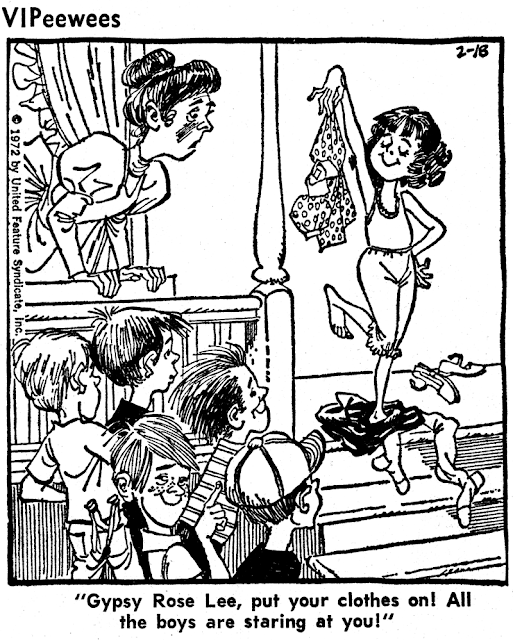 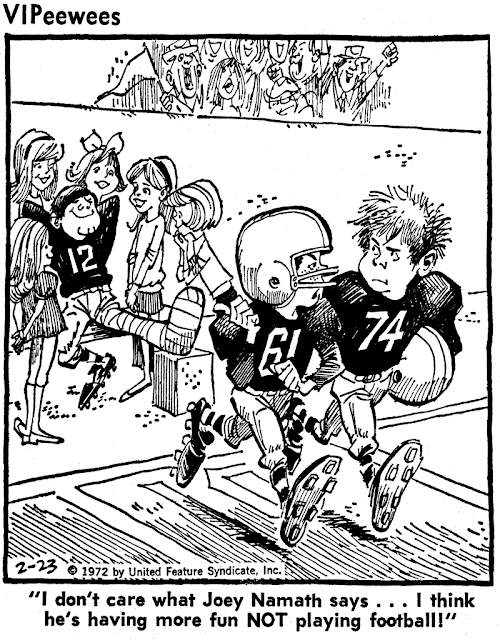 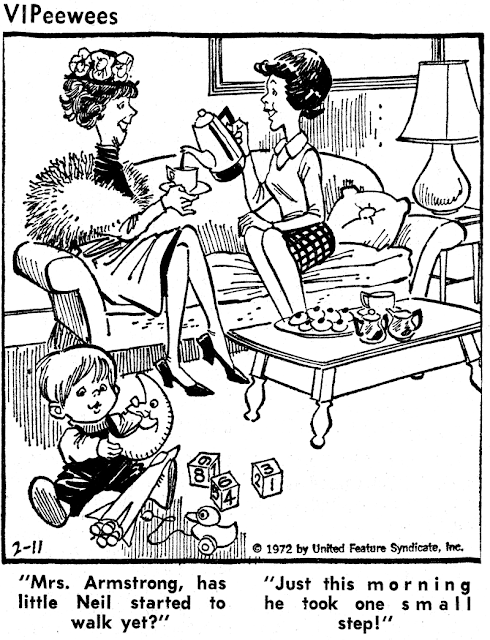 
Clifton Harold Crittenden was born on December 31, 1883, in New London, Ohio. Crittenden’s full name and birth date were on his World War I and II draft cards. The birthplace was recorded on his marriage certificate which was transcribed in the Cuyahoga County, Ohio, Marriage Records and Indexes at Ancestry.com.

The Cleveland Leader, July 10, 1897m reported the results of the Cleveland Young Men’s Christian Association’s Juniors’ Field Day. The baseball throw in the elementary class was won by Crittenden.

In the 1900 U.S. Federal Census, Crittenden was an art student and the oldest of two children born to Henry, a machinist, and Zoe. The family resided in Cleveland, Ohio at 266 Huntington Street.

The 1910 directory said Crittenden was secretary-treasurer of Reese and Crittenden Company, 612 Caxton Building. The 1910 census recorded his occupation as manager of a printing shop. His home address was 662 East 118th NE. Crittenden was the vice-president in the 1915 directory.

On September 12, 1918, Crittenden signed his World War I draft card. His address was 1861 East 24th in Cleveland. He was a self-employed direct mail advertiser with an office in the Caxton Building. His description was medium height and build with brown eyes and hair.

Crittenden has not yet been found in the 1920 census. He was an artist in the business listings of Cleveland directories from 1920 to 1925.

Crittenden has not yet been found in the 1930 census.

American Newspaper Comics (2012) said Crittenden drew five series for the Central Press Association: Life of King Edward VIII, The Life of Pope Pius XII, The Saga of Mrs. Simpson, The Story of James J. Braddock, and The Story of Stalin.

Freelance artist Crittenden and his wife were Cleveland residents at 831 East 88 Street. His highest level of education was the eighth grade.

Crittenden passed away November 13, 1946 in Cleveland.

Obscurity of the Day: The Saga of Mrs. Simpson

Although NEA was undeniably king of the closed-end news strip (gotta come up with a better name for these ... ideas?) other syndicates did follow suit and gave the genre a try. Hearst's Central Press Association, for instance, offered them sporadically in the 1930s. In the mid-1930s they had Clifton H. Crittenden pen at least five of them, including The Saga of Mrs. Simpson. This one was a 6-part series tracing the life of Wallis Simpson, who was about to become the wife of King Edward VIII leading to his abdication from the British throne. The series ran from December 6 to 11 1936* in most papers, though some ran it late.

Crittenden signed the art on these strips, but may well not have been the writer.

Comments:
More often, these Central Press closed-end news strips, or CENS, to use a never used before term, were done by R.J. Scott, at least in the 1920-35 era.

Excuse it Allan- hope this is allowed-
An article I wrote about Mr. Scott with some samples of his "CENS" can be glimmed at

You may, you may! The late lamented "Ask the Archivist" is highly recommended reading. Comic strip fans are urged to get over there.

CENS. Hmm. Well, it ain't zactly got a musicality to it.

How about "Histericals" as a new name for closed end news features? 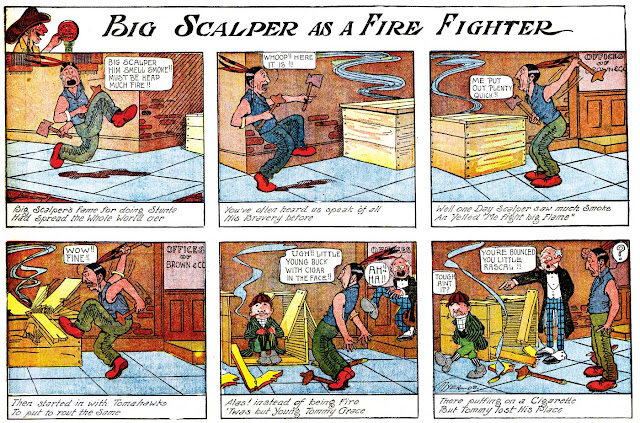 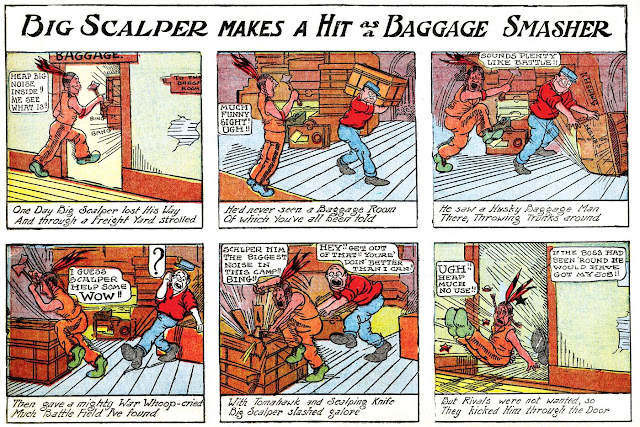