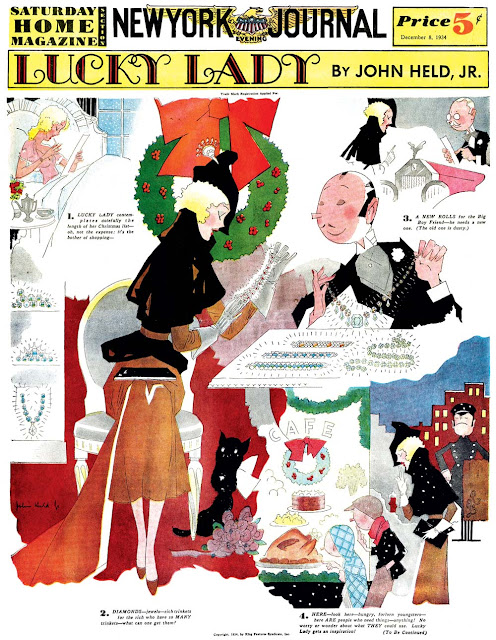 By 1935, this series that was so dynamic in  the early 1930s was getting a little less exciting. However, what they now lacked in interesting series, they more than made up for with first rate cover artists.

A quick note that I noticed in another paper that the Penrhyn Stanlaws cover series of 1935 was headlined "Girlologies" -- the Inquirer elected to drop that title. Can't say I blame them ...


The Philadelphia Inquirer at this point started making their own magazine covers in-house. Can't say as I blame them, because this cover series was about to go way downhill. A new series titled America on Parade, which was a real yawner, was about to begin. I was able to switch from the Inquirer to the Minneapolis Tribune to continue this index, but not for long:

At this point the Minneapolis Tribune said the heck with Hearst, and started instead running the World Museum Diorama pages offered by Esquire Features. This Hearst cover series may have continued, but I frankly couldn't bring myself to search for it very hard.

Next time we'll look at a series that diverged from this one in September 1935.