Obscurity of the Day: Superstitious Sam 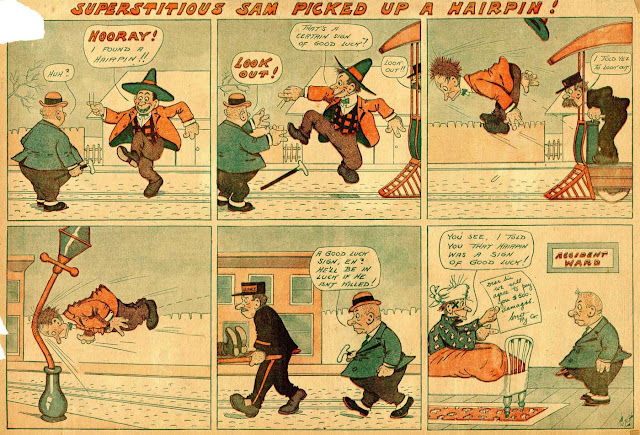 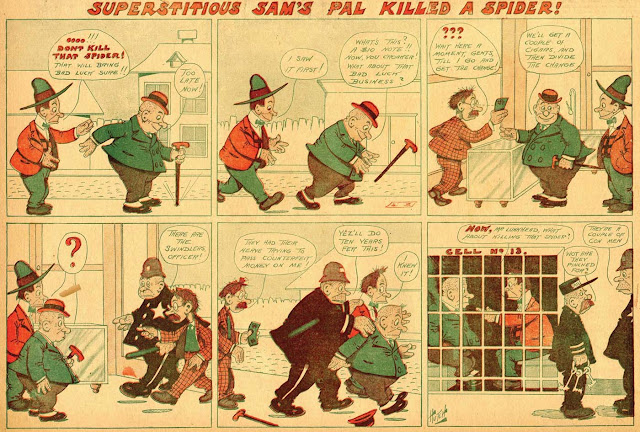 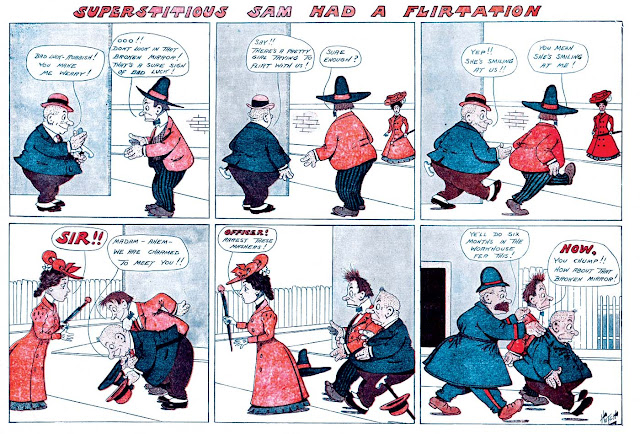 Superstitious Sam had one gag and replayed it with little variation from September 24 1905 to April 29 1906 in the Chicago Tribune's Sunday comics section. Sam and Mr. Lunkhead encounter a bit of supposed bad luck, Lunkhead scoffs, and then one or both of them get their just rewards for tempting fate. Looking on the bright side of this stinker, at least the drawing was kind of attractive. I guess a second positive is that the superstitious guy wasn't black; the stereotype that blacks were highly superstitious was very prevalent and often the subject of 'humor' at this time.

This series was signed 'Hutch', as was another one produced for the Tribune in the same period, Willie Hawkshaw the Amateur Detective. At the time I discussed that feature I was unsure if 'Hutch' was or wasn't Frank Hutchinson who did a few features for World Color Printing in 1904-05. Since then I've had a chance to compare the art styles on the features, and I'm now confident that these Tribune features are indeed by Frank Hutchinson.

Comments:
I thought Hutch always had an amatuerish look to his stuff, but there was quite a lot of leeway in 1905, especially with minor syndicates. The Chicago Tribune, mighty paper that it was, had a pretty weak syndicate in their first years. I haven't seen their material in many other papers. The only thing that comes to my (vastly inferior to Cole's) memory is that the late Gordon Campbell once told me "Cholly Cashcaller" appeared in a Nashville section.