Obscurity of the Day: Henry 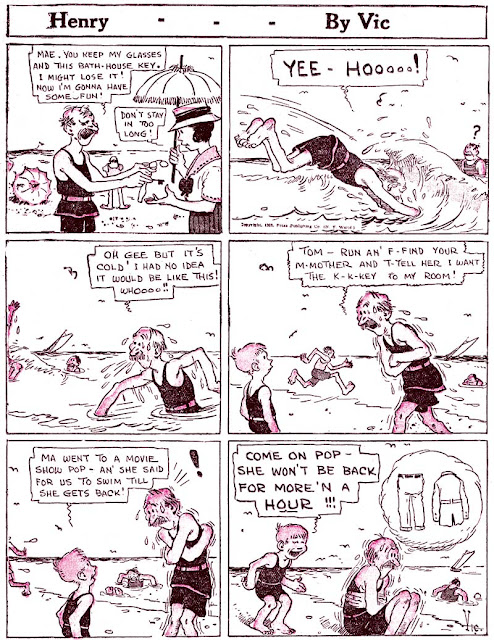 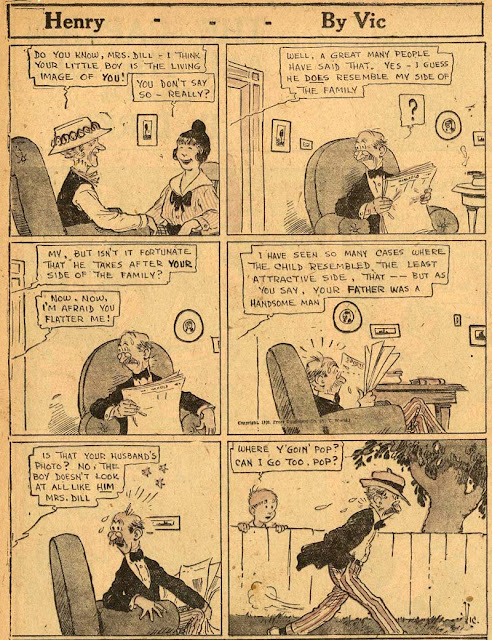 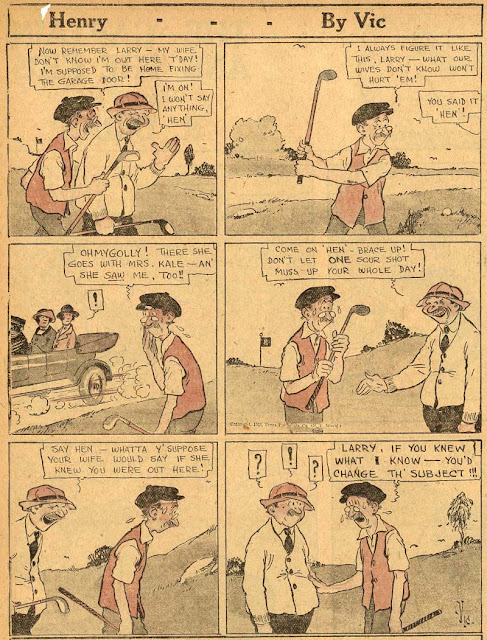 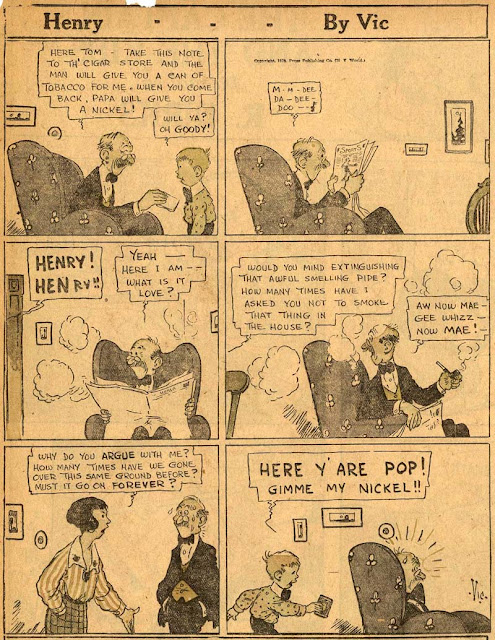 Long before the comic strip name Henry became linked to a silent, butt-faced, bald-headed boy, it was briefly associated with a much older bald-headed fellow.

Well after Vic Forsythe found his success with Joe's Car (later Joe Jinks), which debuted in 1917, the Pulitzer organization continued to expect more out of him than a mere 6-day per week comic strip. In 1920 they asked for a feature to go on an interior page of their Sundat comics section, and Forsythe reponded with Henry, a strip about the travails of a married man. Why Press Publishing didn't simply ask for a Sunday version of Joe's Car I cannot imagine, but that's basically what they got in everything but name.

Forsythe was only allowed a quarter-page for the strip because the Pulitzer organization had figured out that their four page section could sound more impressive to Sunday paper buyers if it offered more features than other competing sections. Pulitzer had one of their interior pages hold four strips, which made for a more impressive feature count. Forget the fact that those features were small, single-color jobs that the cartoonists produced while they were half-asleep. Just as with toppers later on, it wasn't the quality that counted, just the number of features listed on the masthead.

Forsythe really did sleepwalk through Henry, whose gags are so lethargic and hackneyed that they could be marketed as sleep aids. The strip ran from June 13 1920 to February 6 1921, and I'd bet not one reader noticed on February 13th 1921 that it had disappeared.