Obscurity of the Day: Leo the Little Leaguer 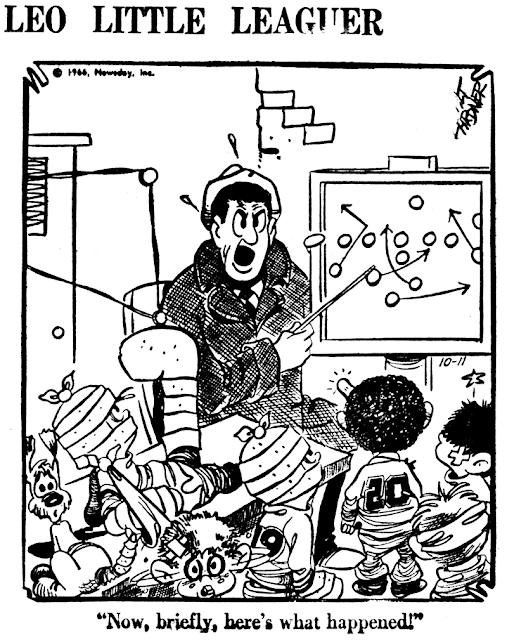 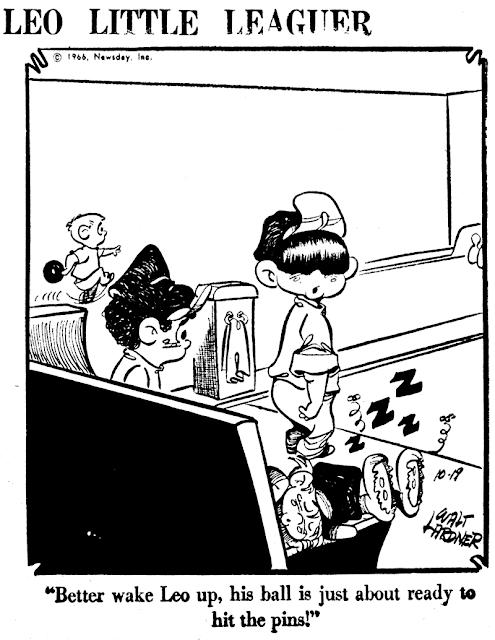 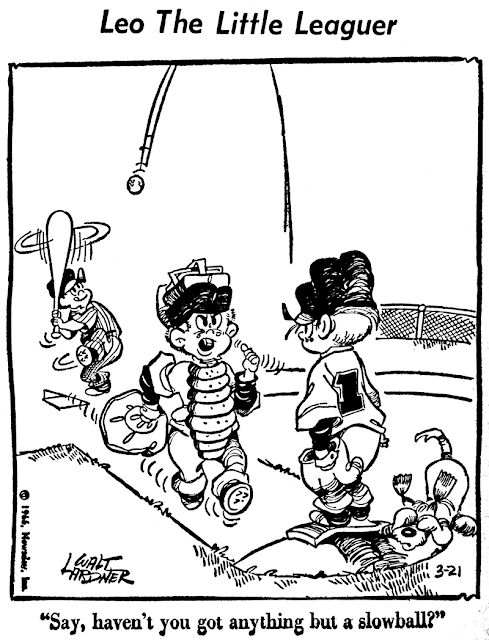 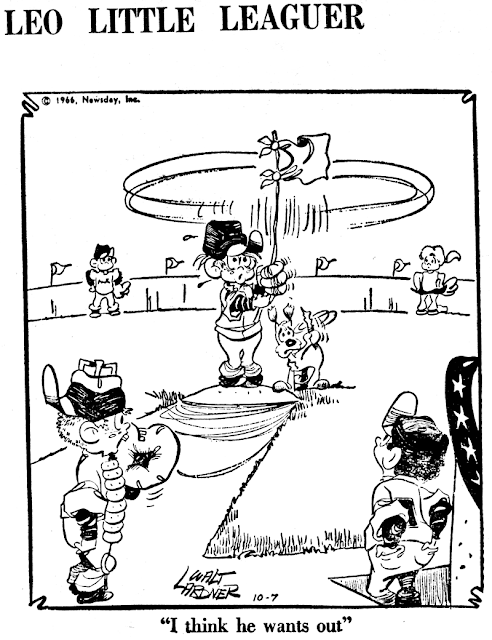 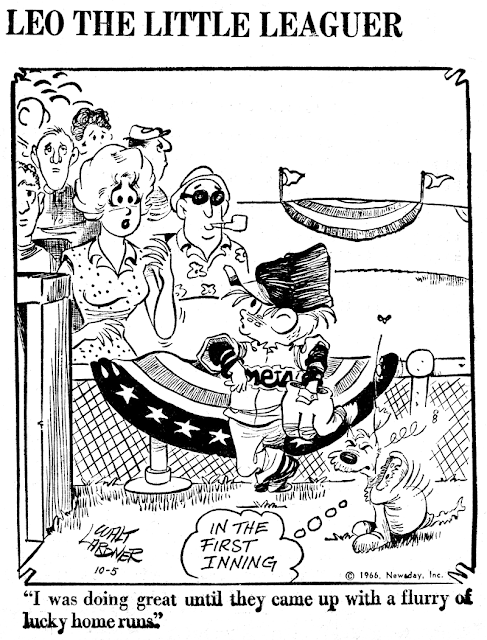 Leo the Little Leaguer, a daily panel feature about a kid who plays sports, was created by Walt Lardner and distributed by the small syndication operation of Long Island's Newsday newspaper in 1966.

This was Lardner's second foray into newspaper syndication. His first was with Mr. President, an ill-fated attempt to poke fun at the Kennedy White House. It fell flat well before it would have been cancelled due to horrific real life events. Leo the Little Leaguer seemed to be off to a much better start, though, as Newsday Specials miraculously got a lot of high-profile newspapers to take the panel. It debuted on March 14 1966 and seemed like a shoo-in for a long and prosperous run with its robust client list.

What happened to nix the deal I don't know, but many of these big papers dropped the panel after mere months. They presumably liked what they saw when the first bought it, and I see no reduction in quality, so these mass cancellations are a mystery. With all those high-paying papers just a fond memory, Lardner or his syndicate decided to pull the plug. The latest I can find the panel running is in Wayne Today, where it ran ROP through at least mid-October 1966.

Lardner later went on to have much better luck in TV animation and as an editorial cartoonist for South Carolina's The State newspaper.

-- Despite broad usage, Little League is not a generic term. It's a specific organization, and perhaps they made some legal moves that made newspapers shy away.

-- Maybe a negative news story made the name -- or kid sports in general -- briefly toxic.

-- Maybe editor interest was at least partly based on some tie-in that didn't materialize, like a TV show or a big merchandise push.

-- Perhaps the syndicate, emboldened by a strong launch, upped the price.

-- Was this a case of everybody but the readers loving it? Recall reading of a lunch box maker in the 50s or early 60s doing a line of boxes featuring NFL teams. The company, the sales staff, and the buyers -- mostly male football fans -- all loved them. But at that moment in history, actual kids weren't interested.

I recall seeing a paperback of newspaper panels centered on a little girl who lived in the White House, clearly referencing Caroline Kennedy despite a different name. Don't know if that lasted long enough to collide with history.

Hi DBenson --
All possibilities. I rather like the one about the syndicate upping the price. That would be a dumb rookie move that sounds likely.

The feature you're thinking of is "Miss Caroline", and its bad timing was truly extraordinary. I haven't had the heart to do a post about it in all these years.