Obscurity of the Day: The Owlikins 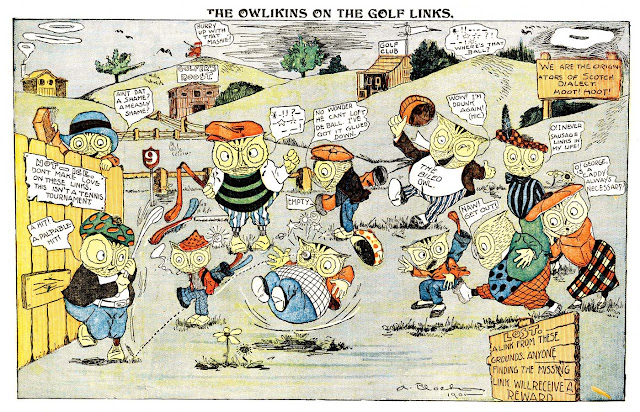 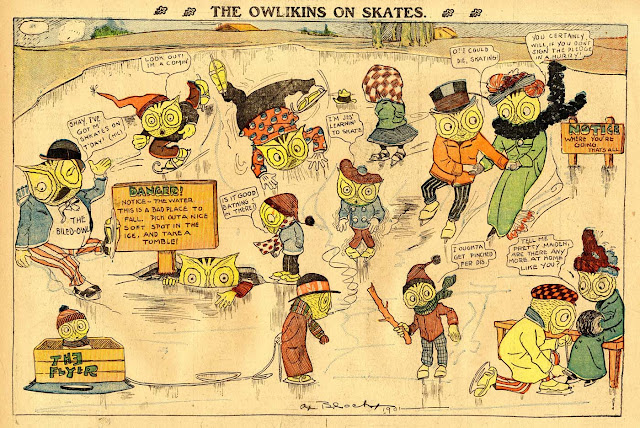 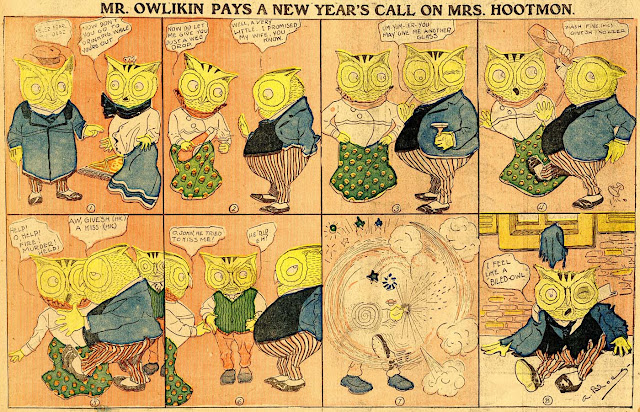 Albert Bloch wasn't much of a cartoonist, but he was at least prolific during his short stay at the prototypical World Color Printing comics section produced out of the St. Louis Star. Later on he'd make a pretty substantial mark as a fine artist, but you'd never guess that the artistic muse was so strong in him from this stuff.

Here we have The Owlikins, his second series for the section, which ran December 29 1901 to January 12 1902* (yes, you're looking at the entire series above). The one positive thing I can say about it is that it is not as horrendously awful as his first, Constable Hayrick the Rustic Sleuth. The Owlikins is one of those crummy funny animal strips in which there's not much reason for the characters to be animals ... of course the reason is that the cartoonist couldn't draw a human being on a dare, so there is one really good reason after all.

I did learn something from The Owlikins, and that's the slang term "drunk as a boiled owl." Never heard it before, and sure don't get the reasoning behind it. But knowledge is its own reward, they say, and so I thank Mr. Bloch and The Owlikins for enlightening me. I also thank Cole Johnson for the scans.

Comments:
Bloch wasn't much on avian anatomy either, how can they have beaks and mouths that are seperate? These owl's have noses and mouths, I guess.