Obscurity of the Day: Dog-Town Doings 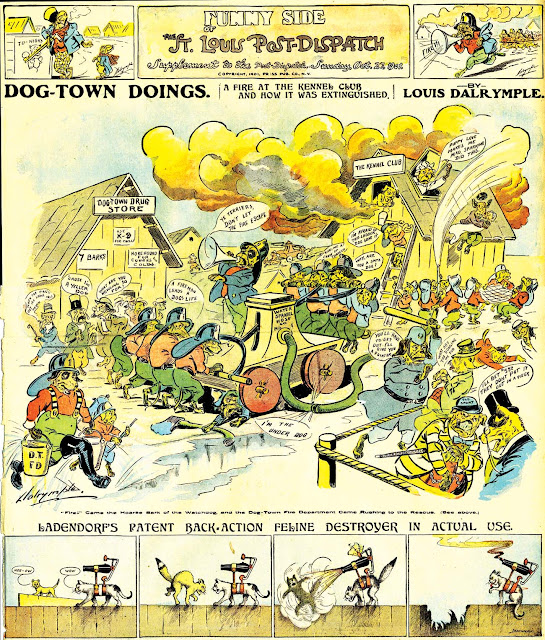 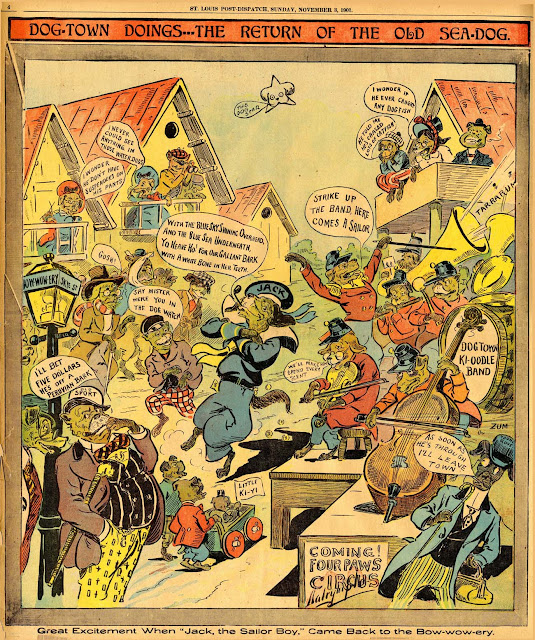 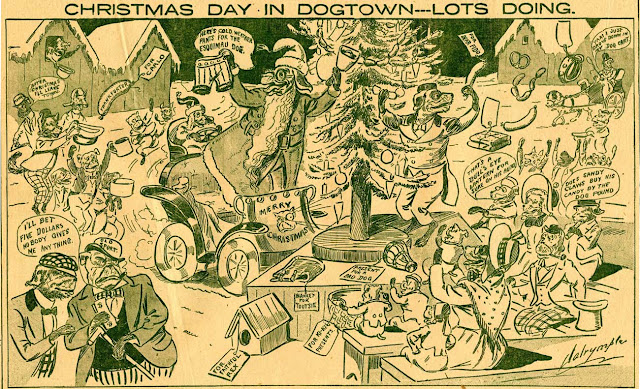 Louis Dalrymple spent most of his time producing cartoons for the humor magazines, most often Puck, but he did create two series for newspaper readers. We've already covered A Few Dialogues in a Minor Key, in which he was only responsible for the art. Today we cover Dog-Town Doings, the only newspaper series I know of in which he was responsible for both art and writing.

Oh, and what writing it is! If you are one of those masochists who can't get enough of bad puns, you have just found your own personal utopia. There are more awful puns about dogs in this short-lived series than there are grains of sand on the beach. Or at least it sure feels like that after you've perused a couple of these giant busy panels.

Dog-Town Doings was produced for Pulitzer's New York World, and ran from October 20 to December 15 1901*. Note that by the time Dalrymple produced a Christmas strip for his final panel (bottom image) he had made so many dog puns that most of them in this episode fail to even make much sense. That's what happens to punsters -- they eventually lose their minds and think everything they write is a pun. Doubt me? Well, Mr. Dalrymple did in fact go insane and died not many years later. I blame the puns.

Comments:
Hello Allen-
How about the Ladendorf cartoon in the first example? As mindless a bit of gratuitous horror as I've ever seen. It shows that though the comic section was evolving, in 1901 it still had space for mindless bits of cause-and-effect filler, without need for story or explaination.