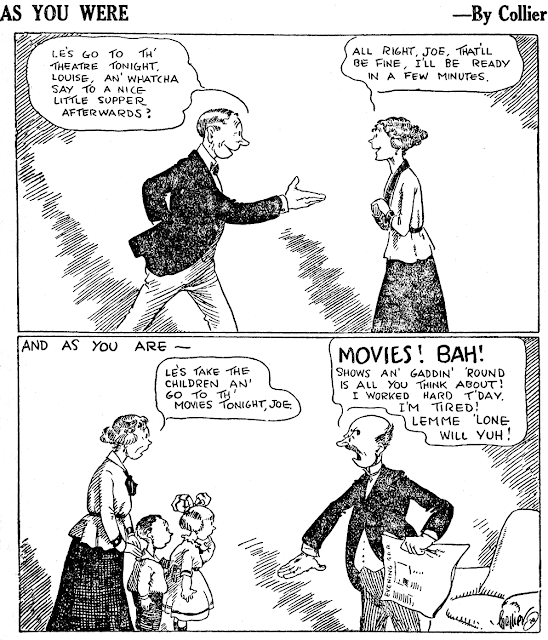 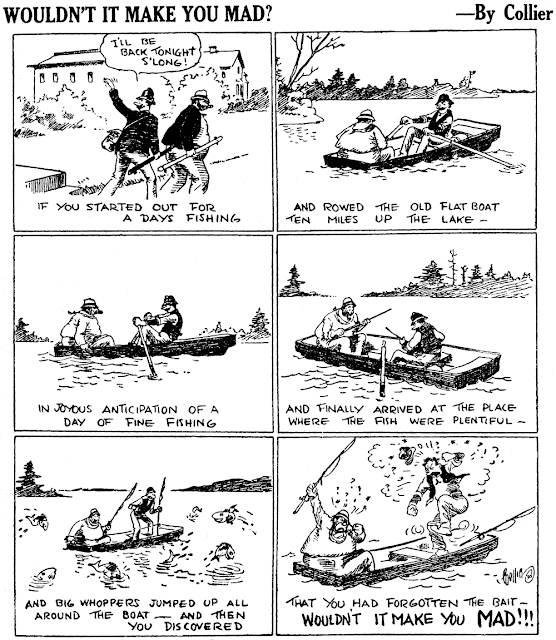 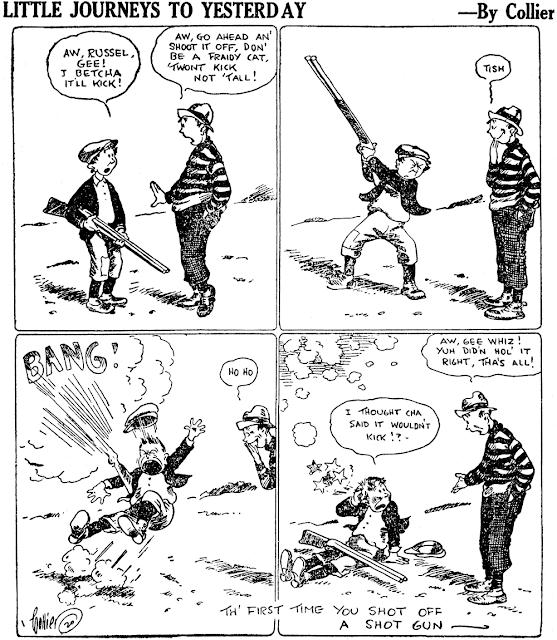 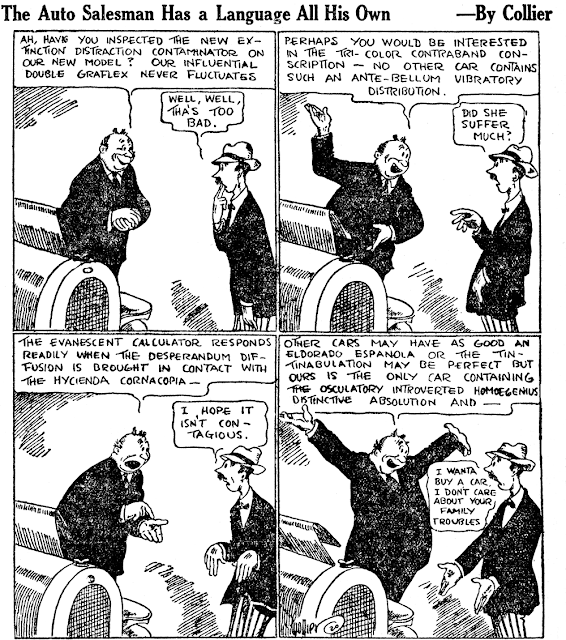 Associated Newspapers began offering a daily cartoon series penned by Donald McKee in May 1919, but something went awry in September 1920, because the series was abruptly passed along to Nate Collier. Collier's first cartoon seems to have appeared on September 7 1919 (a Tuesday)*.

Collier offered up his take on the Clare Briggs / H.T. Webster style of feature, using various rotating titles. Sophisticated urbane humor was mixed with liberal dollops of homespun wisdom and nostalgia for days past.  He picked up the flavor of the Briggs/Webster school so deftly that you would have thought that it had been his specialty for years. But that's just how good Collier was.

Not only was his humor closely patterned on other successful features, his cartooning style also underwent a magical transformation. His more typical bigfoot style was shelved for this feature and all of a sudden he was drawing in a very attractive cross between H.T. Webster and Frank King.


Despite the superior quality of the feature, perhaps its 'me-too' nature was too much for editors to overlook. Whether for that or other reasons, this feature ran in very few papers, much like the McKee version before it. Collier or his syndicate pulled the plug after less than four months on January 1 1921** after which the same format was passed along to Herbert Johnson who managed to keep it up for about two years.


* Source: Akron Evening Times, which could have been running a day late.
** Source: Boston Globe.

Comments:
Don McKee and Nate Collier may have been family friends, as both worked for Paul Terry on and off over the years. Maybe not at the same time, although Collier's sons Theron and Thurlo were there animating in the late 30s and early 40s while McKee was working as a storyman.

Hi Charlie --
That's a very interesting point about Collier and McKee possibly being friends at this time! And I also didn't know that Nate's kids got a dose of the cartooning bug.