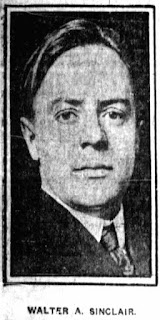 Walter Archibald Sinclair was born on January 6, 1882, in Chicago, Illinois, according to his World War II draft card. However, the Parsons Family: Descendants of Cornet Joseph Parsons; Springfield, 1636–Northampton, 1655 (1912) said Sinclair was born in December 1881.

The 1900 U.S. Federal Census recorded Sinclair, his widower father, Hector, and older sister, Harriet, and a servant in Chicago at 5513 to 5525 Monroe Avenue. Sinclair’s birth was recorded as January 1882. He was a newspaper artist. Information about his art training has not been found. 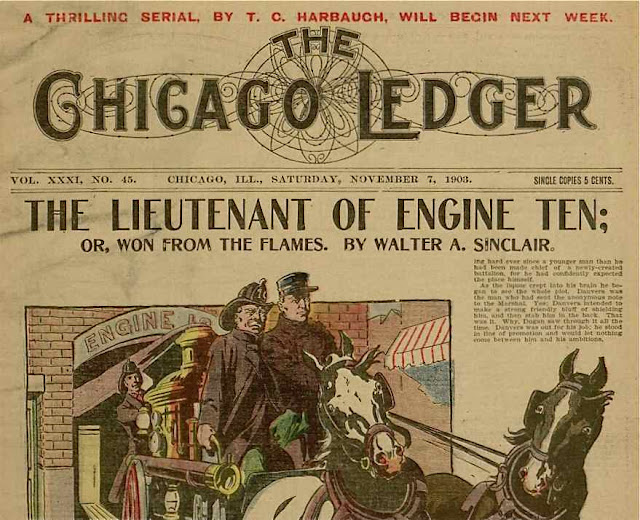 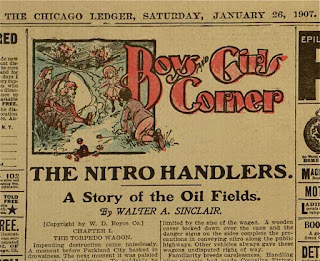 At some point Sinclair moved to New York City. His earliest work appeared in the New York Evening World starting in 1904 and ending in 1907. Most of his material was writing verse but he did illustrate some of his work such as Glad Rags on September 23, 1904. 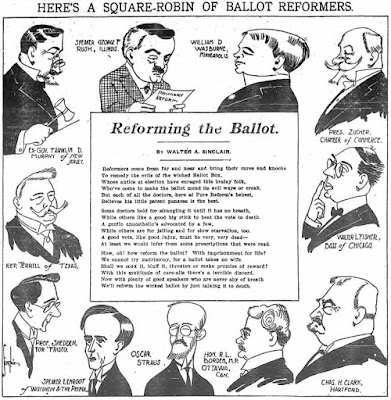 A photograph of Sinclair accompanied his piece, Santa Claus’s Understudy, in the December 25, 1905 Evening World.

In 1908 Sinclair moved to the New York Evening Telegram where he produced a number of “versitorial” cartoons and illustrated his columns Dottie Dialogues, The Tired Businessman, Mrs. Gadd, the Restorer, and The Innocent Bystander. American Newspaper Comics said Sinclair produced two series, Neighborly Miss Nosey (September 5, 1908 to March 6, 1909) and Sentimental Sidney—He Imagines (March 13 to October 23, 1909). He also drew the final strip of J.E. Cosgriff’s The Visit of Caesar and Antony on September 9, 1908. 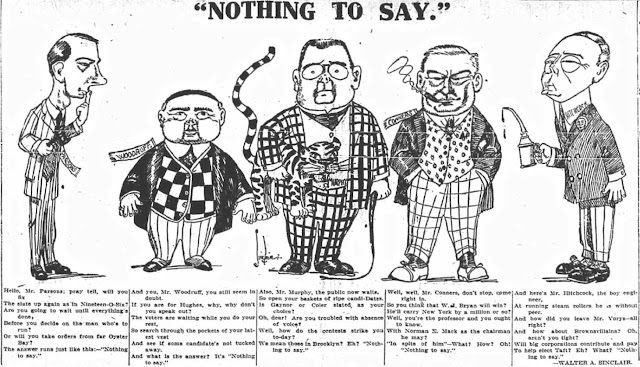 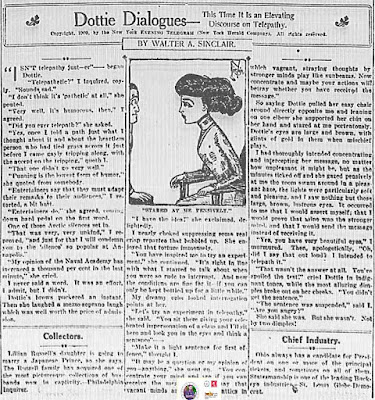 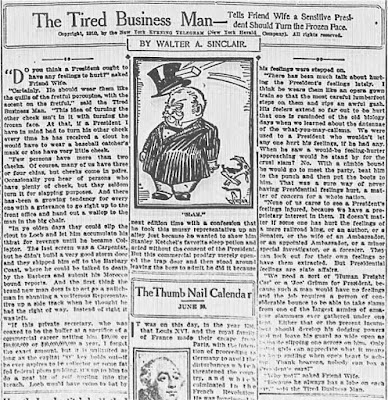 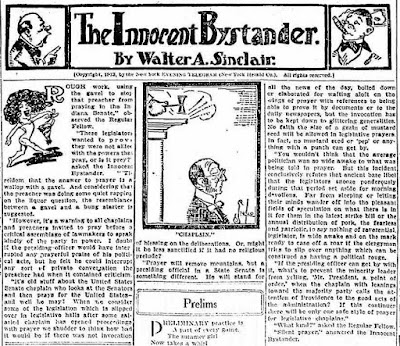 
Parsons Family said Sinclair married Enid Kerr in 1905 but did not identify the location.

In 1910 newspaper cartoonist Sinclair, his wife, two children, Milton and Elaine, and a servant resided in the Bronx at 843 Manida Street. His occupation in the 1911 New York City directory was reporter and his address was unchanged.

Sinclair was found in the 1915 New York state census in Hollis, Queens County, New York on Villard Avenue. The newspaper writer had a third child, Lois.

On September 12, 1918 Sinclair signed his World War I draft card. His address was the corner of Husson and Belleview in Hollis. Sinclair was a news writer for the “Y.M.C.A. War Work Council”. He was described as tall, medium build with blue eyes and brown hair.

Sinclair resided at the same location in the 1920 census. He was a publicity agent for a paper agency.

Sinclair’s home in the 1940 census was 110 Lincoln Avenue in Mineola, Nassau County, New York. He was director of public information at the American Red Cross. He and his wife were empty-nesters.

Sinclair signed his World War II draft card on April 26, 1942. He lived in Mineola but at 100 Bradley Place, and continued working at the New York Chapter of the American Red Cross. His description was five feet six inches, 160 pounds with blue eyes and gray hair.

Sinclair passed away April 10, 1979, in West Bend, Wisconsin according to the Wisconsin Death Index at Ancestry.com.