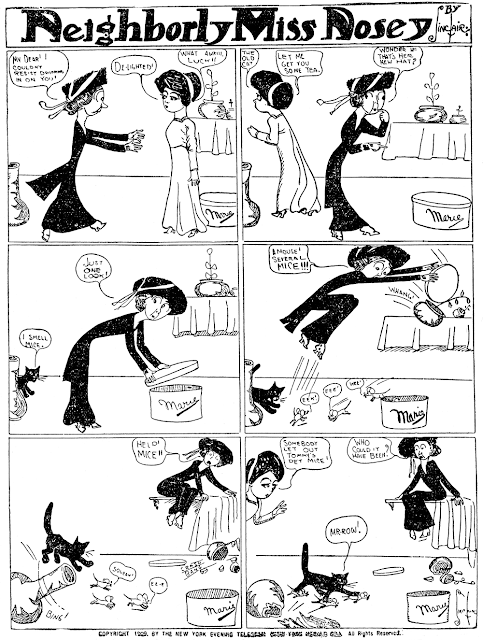 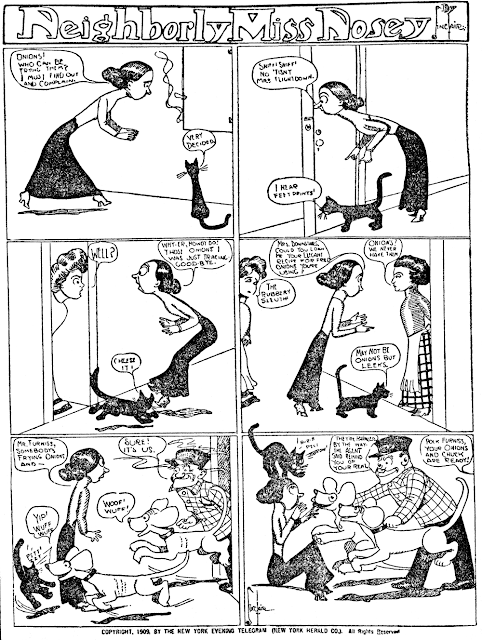 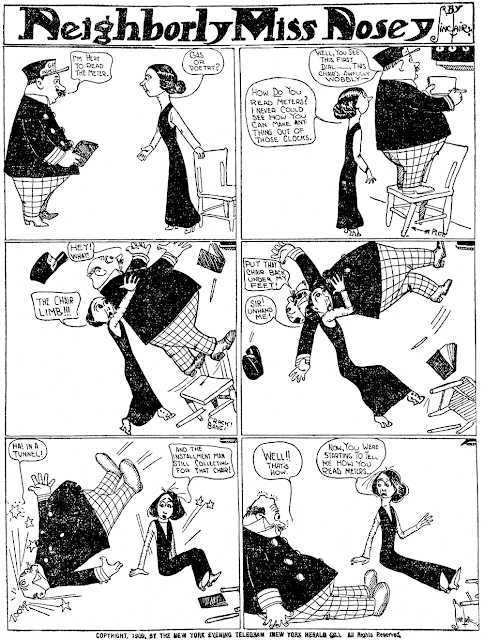 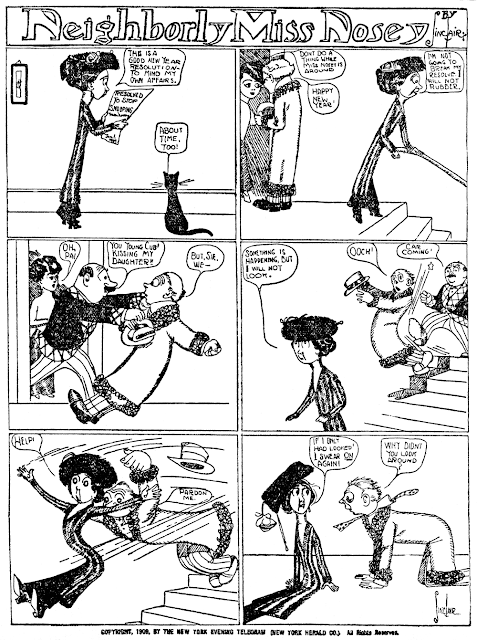 Walter Sinclair was primarily a writer of humorous prose and verse when he was employed by Pulitzer in the early years of the century, and he wasn't bad at it. But he also fancied himself a cartoonist, a belief to which I do not subscribe. Sinclair's cartoons were generally rather amateurish, but much worse, when he applied his talent to comic strips they were obviously slapdash, with no real effort expended. Sinclair was not totally inept, as can occasionally be seen in his work, he just didn't seem to care for drawing strips. The lettering was especially awful, in fact it was sometimes almost totally illegible. So why was it that editors at Pulitzer and then at the New York Herald allowed the fellow's cartoons to appear in print?

That's not a question I can answer, but I can show you samples to back up my claim. Ladies and gentlemen of the jury, I commend to you the Neighborly Miss Nosey strips above as proof. I rest my case.

Neighborly Miss Nosey ran as a weekdays strip in the New York Evening Telegram from September 5 1908 to March 6 1909.

Comments:
In the last strip I'd swear it looks like "Daughter" is not wearing a top!