Obscurity of the Day: His Mother-In-Law 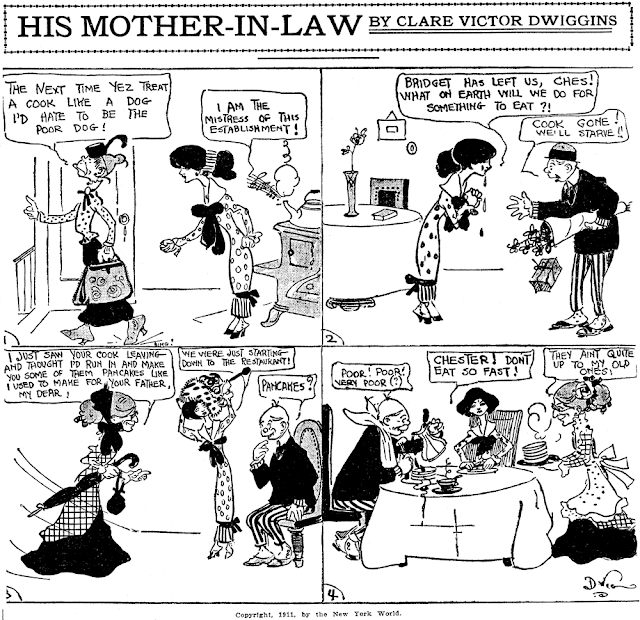 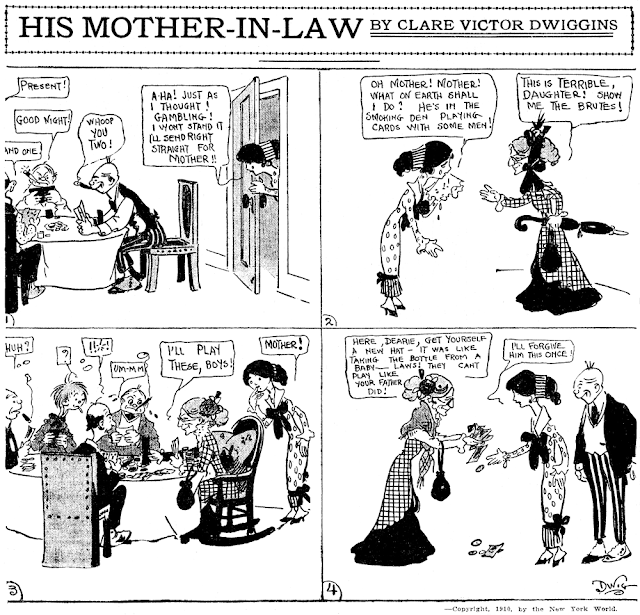 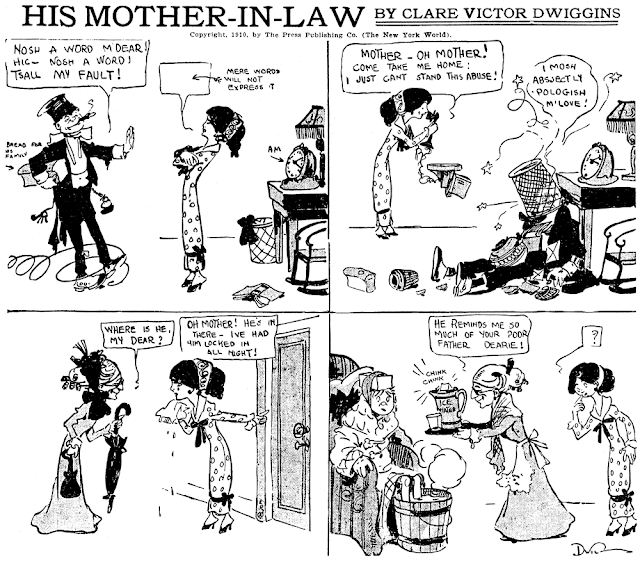 One of Clare Victor Dwiggins' strips for the New York Evening World serves as a good example of how a good but repetitive idea could work much better as a weekday strip than as a daily. His Mother-In-Law turns the tables on the traditional comical battleaxe and makes her turn out in each episode to be a very cool old gal. If run daily, an idea like that would get old faster than a mayfly, but when readers encounter it on a sporadic schedule they are likely to be unprepared for the gag and get surprised each time for a good long while.

Dwig's His Mother-In-Law ran in the Evening World from January 12 to March 9 1911; not a long run, granted, but he got a lot more mileage out of it than if he'd been forced to trot out the same gag each and every day.

My question about the premise is this: why in the world does daughter not seem to have a clue about her own mother's personality? In each strip she seems certain that mom is going to see things her way and put some new dents in hubby's head with that handbag. Ah well, it seldom pays to think too hard about these things ....