Obscurity of the Day: The Giants 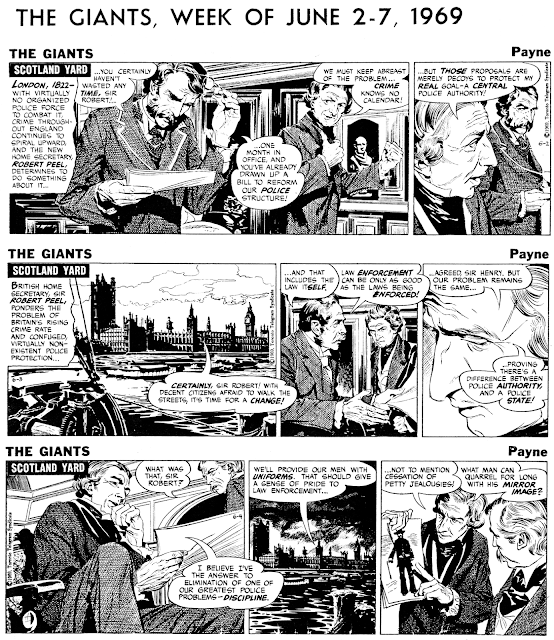 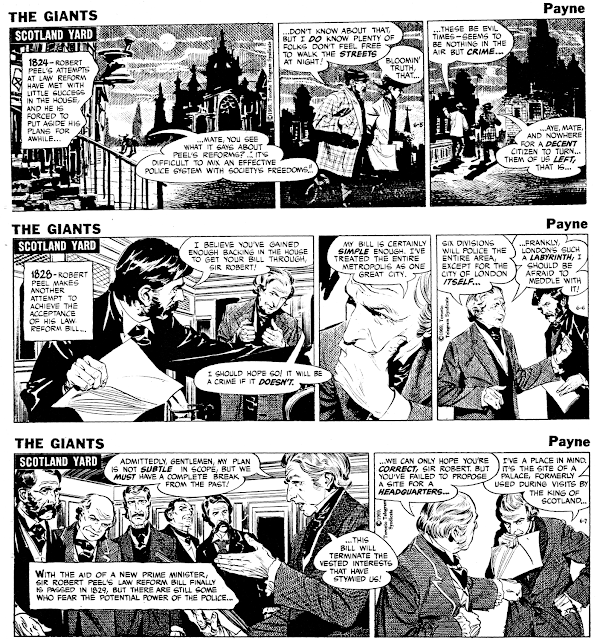 On September 14 1964* the Toronto Telegram, a major Canadian newspaper, started a new comic strip series titled The Giants. It was written by Walt McDayter and drawn by Norman Drew. The strip told biographical stories from Canadian history and was syndicated to a goodly number of Canadian papers.

Sensing that the idea had merit beyond the Canadian market, the Telegram shopped the strip around, offering to expand the subject matter to biographies of general interest. They found at least one taker, the  LA Times Syndicate. The new Canada-free version of the strip debuted on the U.S. market on February 6 1967**.

Soon after U.S. syndication began, on September 25 1967 artist Norman Drew was replaced by Bill Payne. Payne provided a more sophisticated look to the strip. Writer McDayter left the strip on August 10 1968, and from then on the strip was credited only to Payne, though it is unknown if he actually produced the scripts. On December 30 1968 Payne stopped signing the strip, but he still got credit on syndicate proofs (see above), and the art style didn't seem to change. An artist by the name of Bob McCormick is sometimes mentioned as having a role in this strip, but he never signed it. Perhaps he was the mystery man who took over and mimicked Payne's work so convincingly?

A complete list of stories and running dates for The Giants may be found at the Canadian Animation, Cartooning and Illustration website.

Comments:
An example of this strip, (from the 1967 continuity, "The Crime Fighters")was used to illustrate the capture of one of Canada's least-loved sons, Alvin Karpis, in the book "The Alvin Karpis Story."(1971)