Obscurity of the Day: The Richleigh Family on Tour 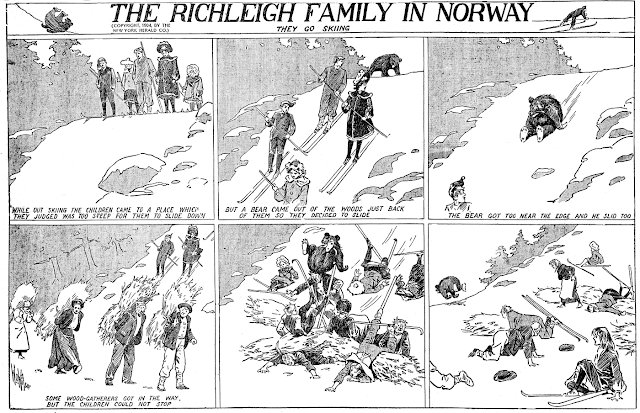 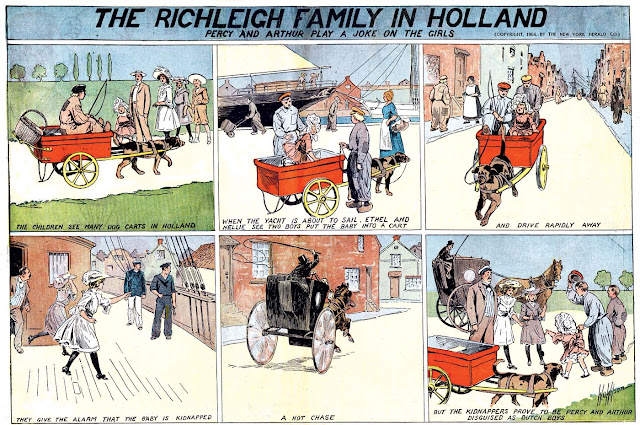 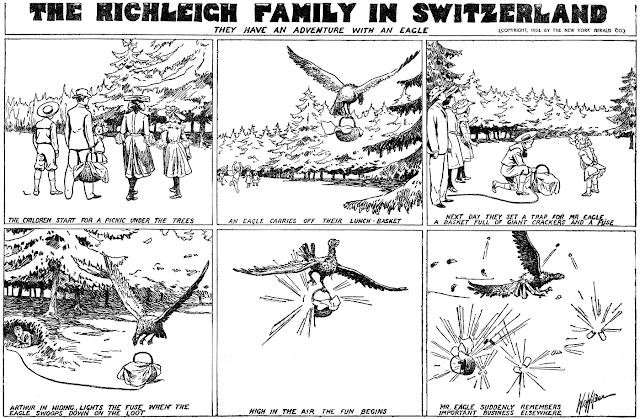 W. O. Wilson is today remembered for Madge the Magician's Daughter, a fantasy strip enlivened by Wilson's great facility with the pen. He also penned the long-running series The Wish Twins and Aladdin's Lamp. One strip less worth remembering is the Richleigh Family On Tour, which is unusual for Wilson in that the writing is half-awake and the art is merely serviceable. The strip ran in the New York Herald from May 1 to October 23 1904.

In those days the Grand Tour of Europe was a must-do for wealthy families, and this strip follows the Richleigh family from country to country on their quest for the picturesque. Unfortunately as you will see above, Wilson seemed to have little interest in writing gags that are particular to those countries. Okay, so yes Norway gets a lot of snow*. Holland has dog carts and is known for kidnapping children? Switzerland is known for its eagles? Admittedly the above samples are some of his real stinkers, but there isn't much better in the rest of the series.

As lackadaisical as Wilson seemed to be in this series, he for some reason extended it beyond its natural lifespan. After the countries of Europe had been exhausted, he sent the Richleighs off to Russia, Egypt and other parts of the world.

Ken Barker's New York Herald index supplies me with the running dates and title of this series, but as best I can tell the title was always in the form of "The Richleigh Family in _____". Perhaps the introductory episode, which I have not seen, used Barker's title.


* This strip is interesting in that it shows the family skiing with single long poles. Turns out this was a common method back then, but soon became archaic as double-poled skiing was found to offer a much livelier experience.