After the comparative calm of 1931-33, the romantic cartoon contributors are back to being in constant flux starting in 1934. Russell Patterson is now gone, leaving Raeburn Van Buren (RB) and Dorothy Flack (DF) as our bastions of regularity. We also have some flux in our indexing, as the Lincoln Journal craps out on us and we rely now on the Iowa City Press-Citizen as backup for the Harrisburg Evening News, which more and more often is leaving us high and dry, typically on Saturdays. 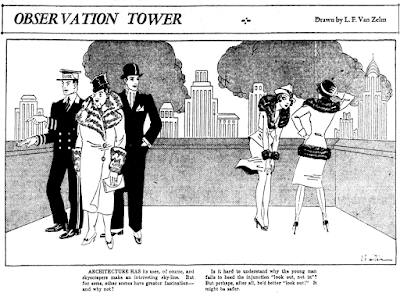 Our first entrant in the 1934 game of musical chairs is Fred Royal Morgan (FM), who had previously shown up in 1933 with a single cartoon. This time at bat he manages four in January - February.  Also in February we get a few cartoons from L. F. Van Zelm (VZ), who otherwise had pretty much disappeared from the syndicated cartooning arena during the 1930s. He managed three cartoons in February - March. 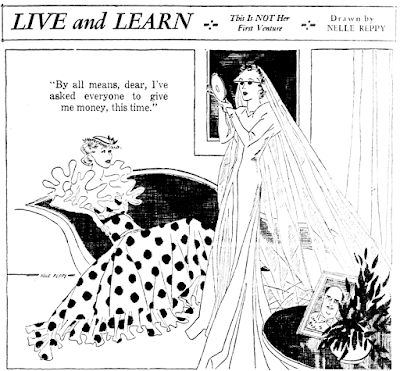 New in March is Nell Reppy (NR). Her elegantly drawn cartoons will be regularly seen for the rest of the year, but then will disappear shortly into 1935. Reppy would go on to a later career illustrating picture books for young children. She's one of the new breed of contributors who supply gag cartoons as opposed to romantic flights of fancy. 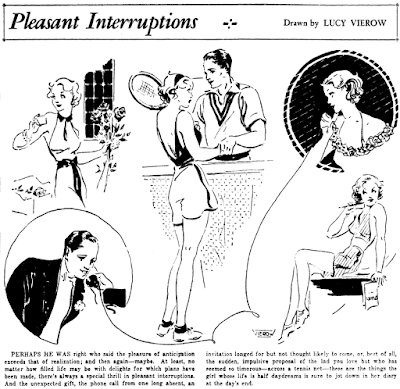 In June, Lucy Vierow (LV) makes her debut. She'll become a long-term regular of the feature. June is also when Dorothy Flack ceases to be a regular contributor.

July signals a new trend in which the romantic cartoons once again can't seem to keep to a regular schedule. While they almost always manage to appear three days per week, no longer can they be depended upon to appear on Mondays, Wednesdays and Saturdays. 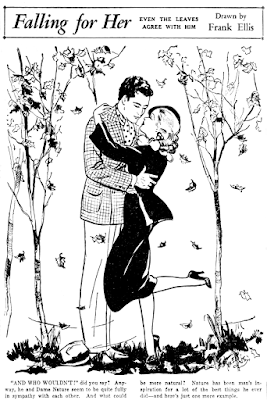 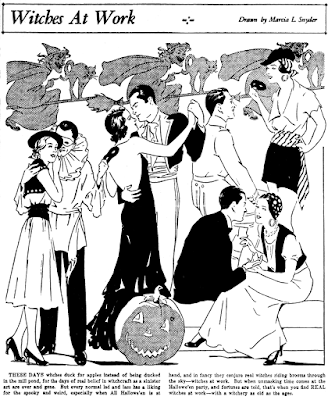 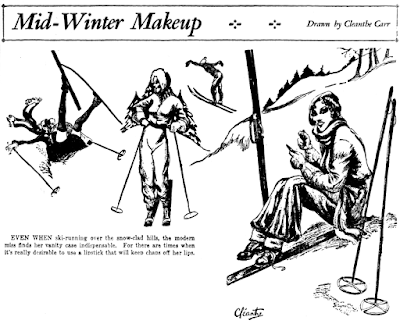 Our final new contributor this year is Cléanthe Carr (CC), who sneaks in on December 29th. She'll be a semi-regular next year. Ms. Carr is apparently the daughter of the great Gene Carr, and was known not only as an illustrator but also as a fancier of Chow dogs, of all things.