Obscurity of the Day: Broadsides 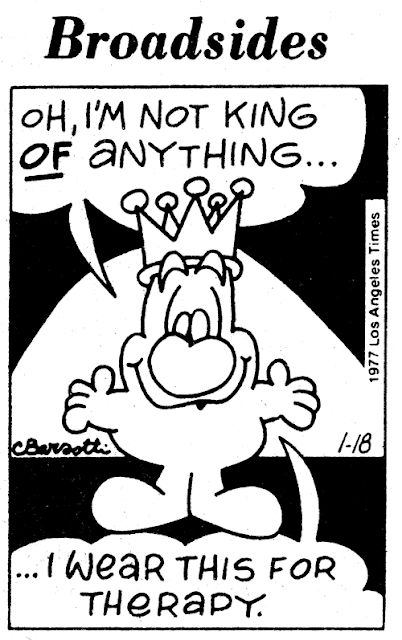 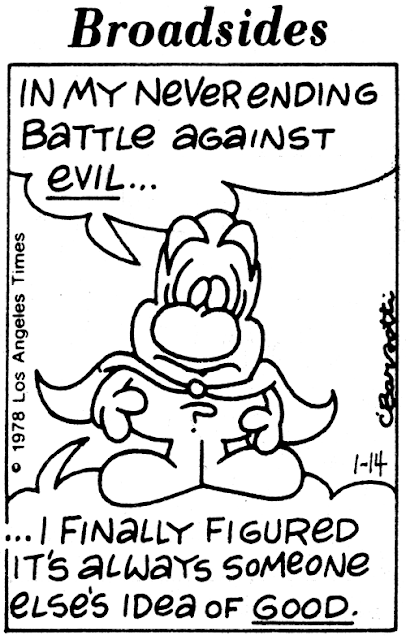 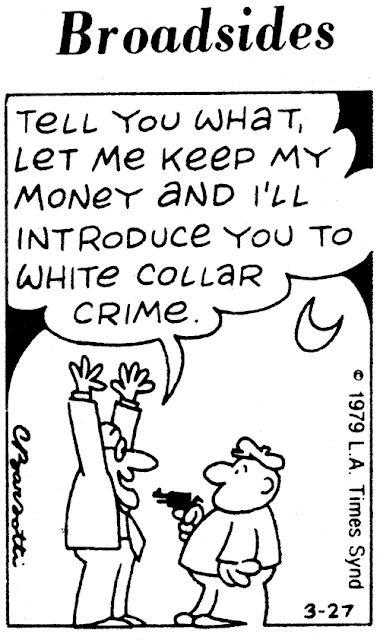 Here's another obscurity that has the dubious distinction of membership in Jeffrey Lindenblatt's 'one-paper wonders' list in The 300 for 1977.

After Charles Barsotti's daily and Sunday strip Sally Bananas was cancelled in 1974, the prolific magazine cartoonist got back on the horse with a tiny one-column gag panel titled Broadsides, which debuted on June 30 1975* through the LA Times Syndicate. The panel starred his squishy Play-Doh people reflecting on life, politics and society, all in a package designed to appeal to typesetters in need of a hole-filler.

Although the feature was supposedly picked up by a healthy list of about fifty papers, most of them seem to seldom pull Broadsides out of the typesetter's slush pile. After gamely sticking with the feature into 1979** (can anyone supply a specific end date?), Barsotti evidently decided the diminutive panel was not worth his time.