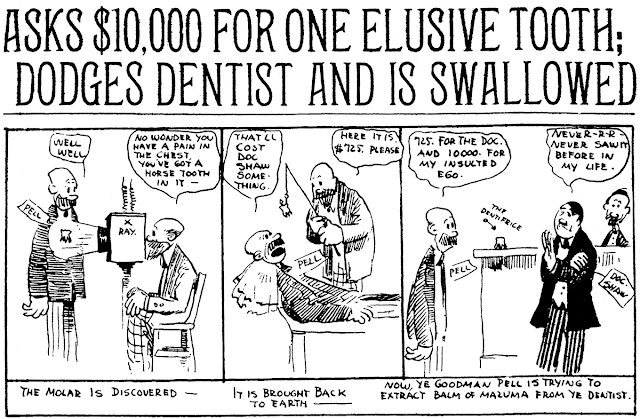 December 4 1909 -- Herriman illustrates a news story about a fellow who went to the dentist to have teeth extracted, then came down with a horrible cough. After a year or so of being treated for a number of diagnosed diseases with no relief, and racking up some serious doctor bills in the process,  he one day has a most severe coughing fit and actually expels a tooth. The mysterious cough immediately abates. Apparently the dentist couldn't quite hold on to the extracted molar, it went down his windpipe, and quite possibly lodged in or near a lung.

The victim is now in court asking for $10,000 in damages, while the dentist claims that the tooth must have originated through some other means -- he swears he didn't let one of his charges go down the patient's throat. 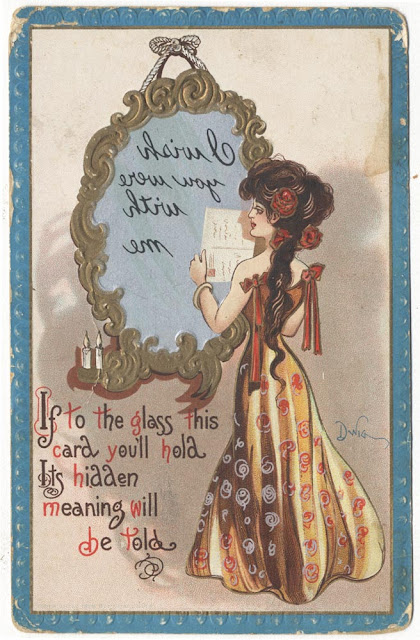 Here's another entry from that Message in the Mirror series by Dwig. As with the others, they are marked as Series 30 on the reverse, and show the logo of the little fellow with the smock displaying the Swiss cross, and an American flag in one hand and a beer stein in the other. This card was postally used in 1911.

Obscurity of the Day: Happy Hank

This little feature, Happy Hank, ran on occasional weekdays in the Chicago Daily News from March 31 to May 30 1903. The Daily News devoted half or more of their back page to cartoons and comic strips every weekday, and had so much material to offer that most of it was printed very small. That led creators to keep their gags basic, and Happy Hank was no exception. In each installment the dim-witted fellow simply tries to impress a gal and fails miserably.

But a little feature like this can be much more important than it looks, for it represents what I believe to be the first series ever penned by that giant of the newspaper comics page, Harold Tucker Webster. Webster, of course, went on to create a long-running panel cartoon feature that became an integral part of the American consciousness, but in 1903 he was an inexperienced greenhorn who only begrudgingly got to do an occasional panel cartoon or strip for the Daily News back page. In fact, this is one of only two series  he was allowed to do there in a stint that lasted a couple years.

Is there any hint of the future Webster greatness here? Nah, not a bit.  But Webby shows off a bit of maverick nature here -- the lion's share of Daily News strips at this time told their gags in printed captions below the panels, but as you can see in the second example, he adds a couple word balloons to help with the comedy. Ironic, then, that Webster would generally eschew word balloons in his famous panel cartoon series of later years.

Comments:
You can detect a small bit of HTW's mature style, especially the hands. If anyone is perhaps confused as to just what "Pyrography" was and why it involved "Poker Work", is that it pertains to that of the art of wood burning, with a small needle-like tool, one would engrave designs on decorative wood bric-a-brac.
So this can't be considered a precursor to Webster's long running "Poker Portraits" series.

Sorry, I'm grasping at anything here. 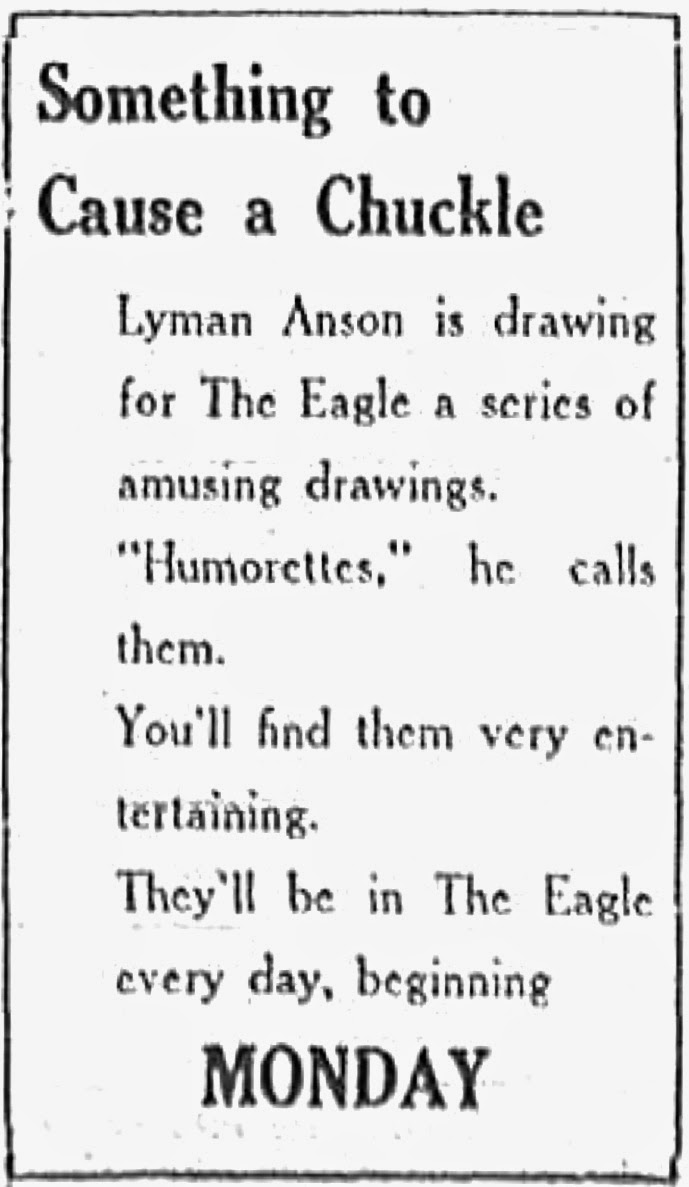 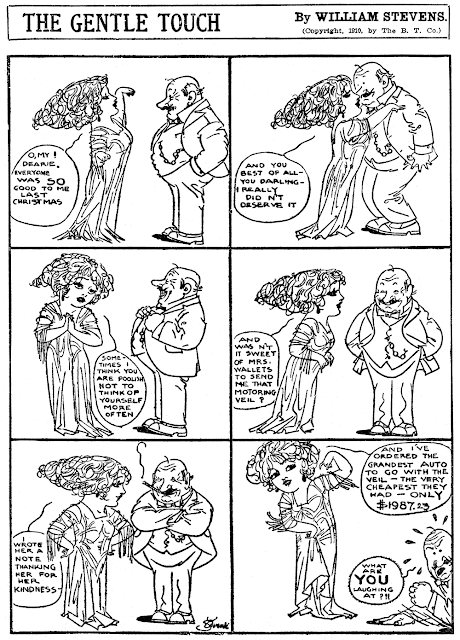 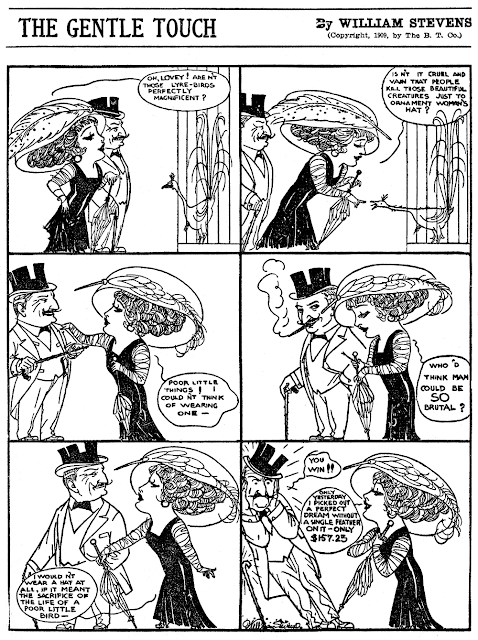 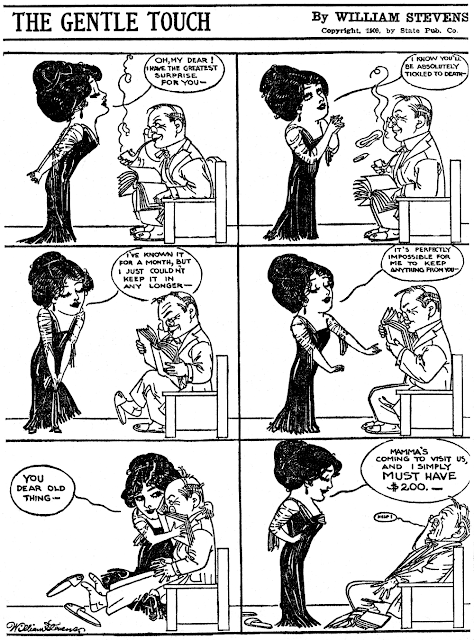 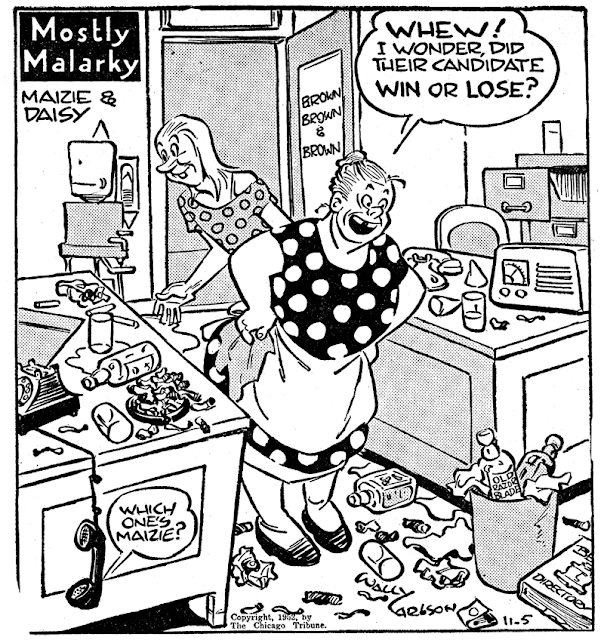 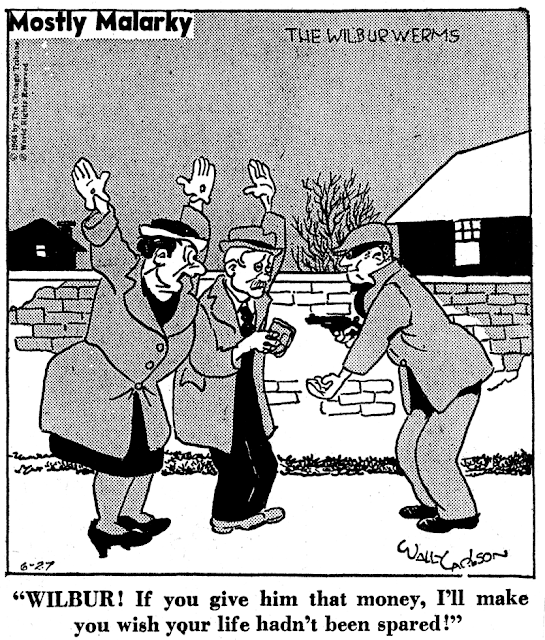