Obscurity of the Day: Funny Angles / Emily and Mabel 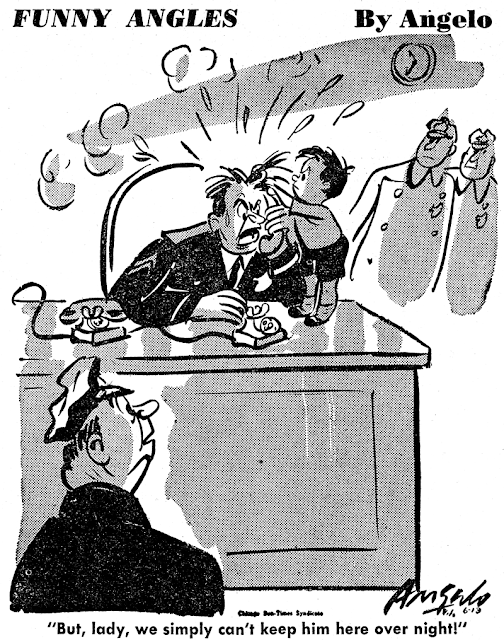 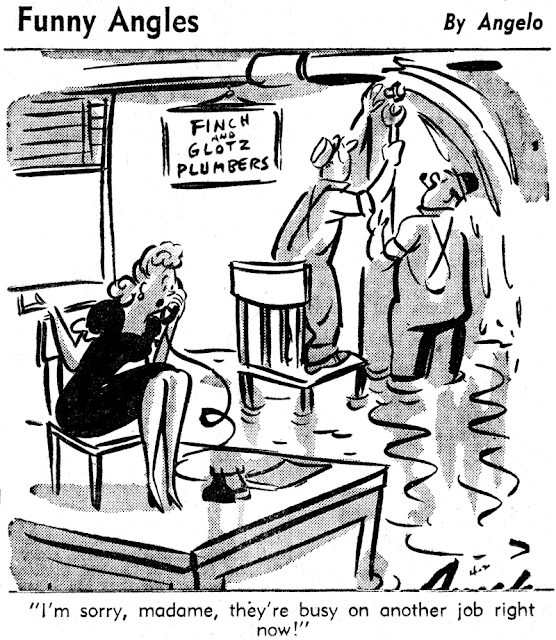 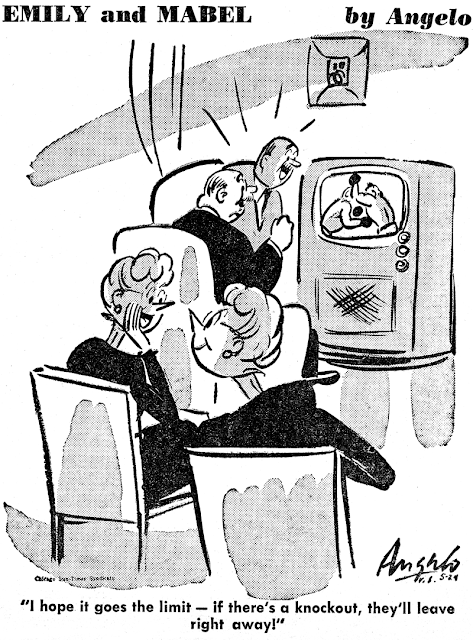 Emidio "Mike" Angelo was working for the Philadelphia Inquirer when he sold them on the idea of running his gag cartoons under the title Funny Angles. The panel cartoon debuted as a three-times-per-week feature in the Inquirer on July 25 1944, then soon graduated to a daily on October 23 of that year. Evidently Angelo was also shopping the feature around, because on January 1 1945*, Funny Angles started its syndicated run distributed by the Chicago Sun Syndicate. Evidently Angelo was not much of a gagman, because lots of his panels credit gag writers by their initials; a popular collaborator was Vincent Schiller, whose "+ V.S." is often seen.

Early in the run Angelo or one of his gag writers came up with the characters Emily and Mabel, identical twin spinsters who are always on the make to snag some men. In 1950 the ladies took over the panel entirely, and the title was changed to Emily and Mabel. In this era it is claimed that the feature had upwards of 150 clients, a very healthy number.

Perhaps the newspaper-reading public got tired of what was now a one-note gag panel, and the Chicago Sun syndicate (now under the name Field Enterprises) dropped the panel sometime in 1958. Angelo signed on with a company called Metcalf Features, of which I know nothing, and they distributed the panel for a very short period, until January 10 1959**. An impish spacesuit-wearing boy was added to the cast to save the feature, but evidently it did not.

In the late 1970s Angelo brought the old gals back for the Philadelphia neighborhood weekly paper, the Chestnut Hill Local, as evidenced by the below short item in an AAEC Bulletin. I don't know how long that lasted.

Comments:
I get a very faint whiff of Arno's Whoops Sisters.