Obscurity of the Day: But He Changed His Mind 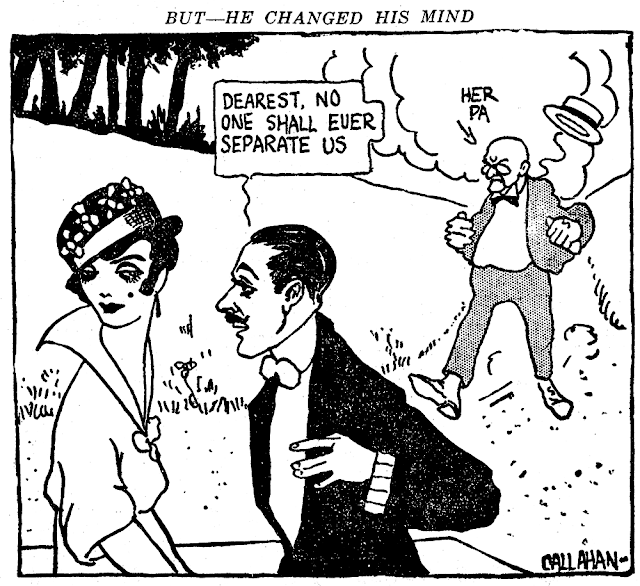 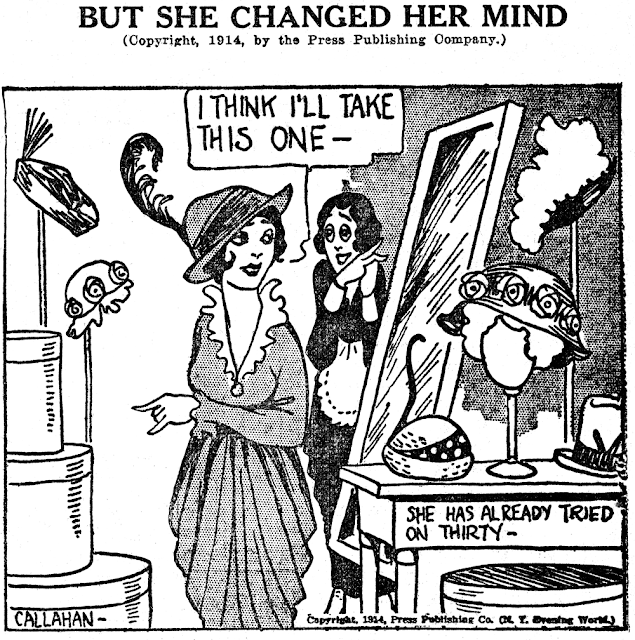 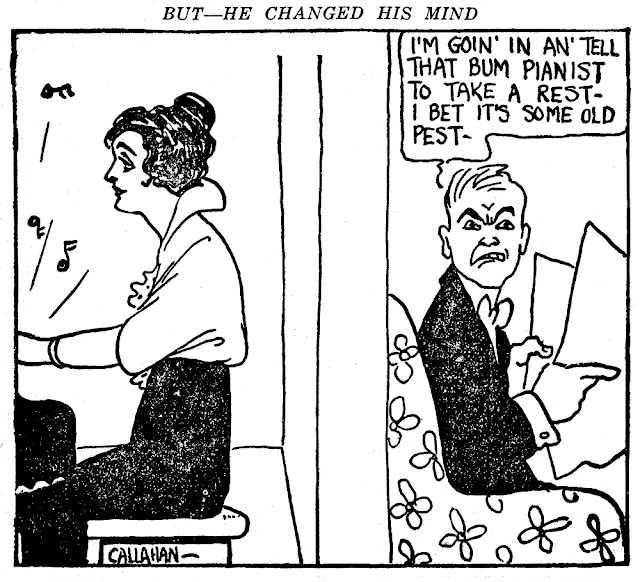 New York Evening World bullpenner Jack Callahan got a hankering to try panel cartoons in 1914, and he liked the same kind that I quite enjoy, the ones where the cartoonist asks us to imagine what came next. He more or less did two weekday series of this type in tandem; Then He/She Turned Around, and today's obscurity, But He Changed His Mind (obviously titled But She Changed Her Mind instead when the target was of the female persuasion).