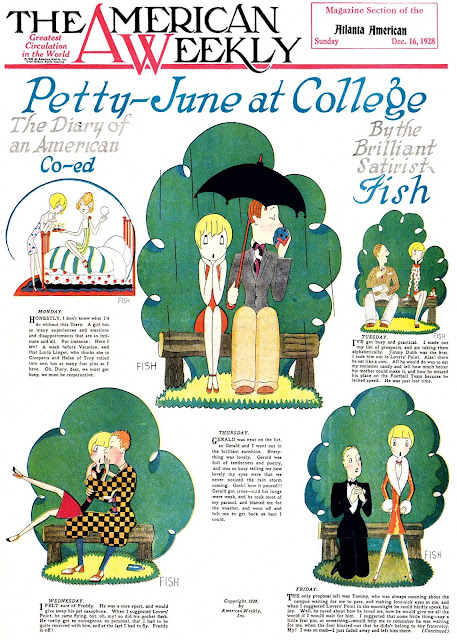 Fish, the great British cartoonist, had a long relationship with the American Weekly, producing quite a few series over about a decade and a half. Here's an early offering, Petty-June at College. This one is about a vacuous little John Held-style flapper-deb. The series appeared on American Weekly covers from November 18 1928 to February 10 1929, and was popular enough that the character returned for a second series, Petty-June Does Europe.

I think Fish did tremendous work, and I'm surprised no retrospective book of her cartoons and illustrations has been produced. Am I alone in my admiration for her work?