Obscurity of the Day: Girl Wanted - Nothing But Trouble at Home 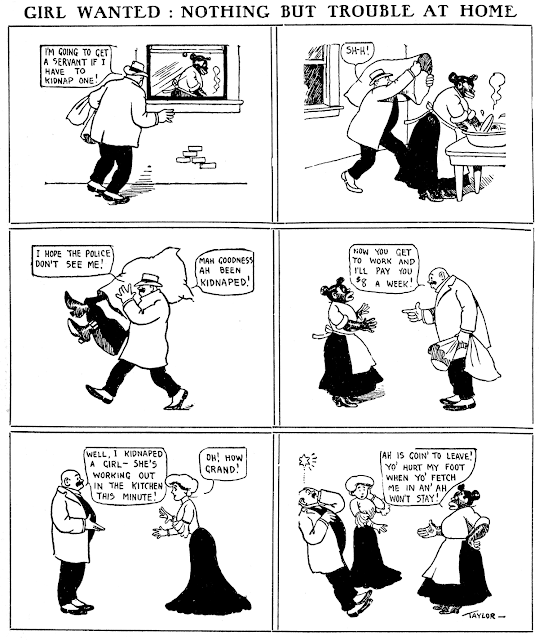 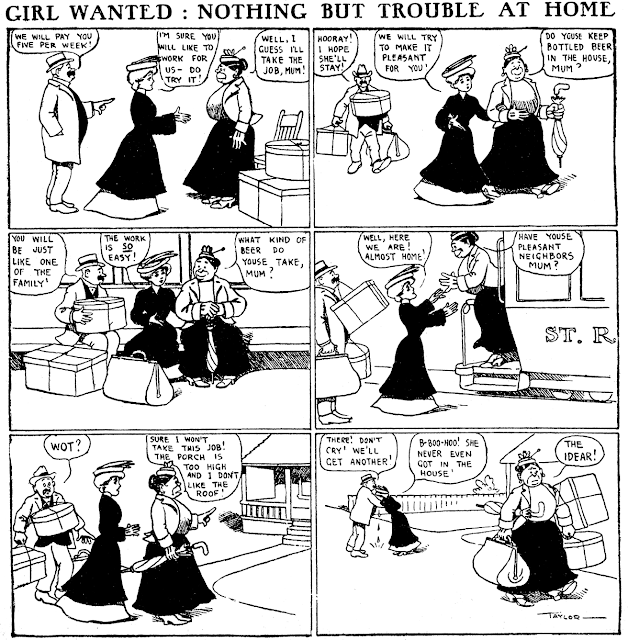 At the turn of the century, many in the newly emerging middle class were making enough through papa's salary to keep a live-in maid. The wages were affordable on a modest income because a good portion of the maid's remuneration was considered to be her room and board. If you had a spare bedroom you were already a long way toward getting housekeeping and cooking help.

The burgeoning market for live-in help, and the not necessarily outstanding character of women who were interested in such arrangements, made a good maid a prize like few others. Roy W. Taylor created the series Girl Wanted - Nothing But Trouble at Home to chronicle the lengths to which Joe and Jane Bougeoisie might go in order to procure such prize help.

Taylor's weekday series appeared in the New York Evening World from October 15 to November 13 1906, appearing for a total of eight installments in that time.

Comments:
Dee-lightful visit back to when there was full employment. Thanks