Obscurity of the Day: The Troubles of Dictionary Jaques 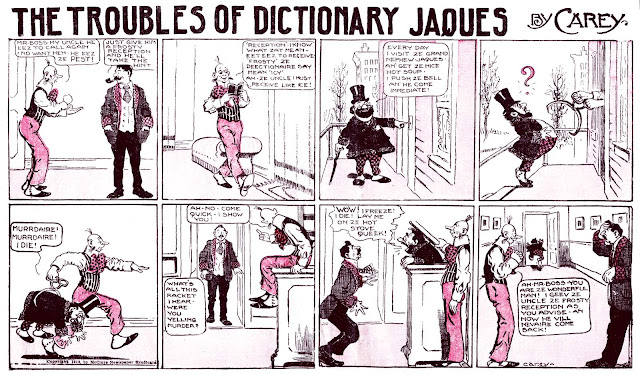 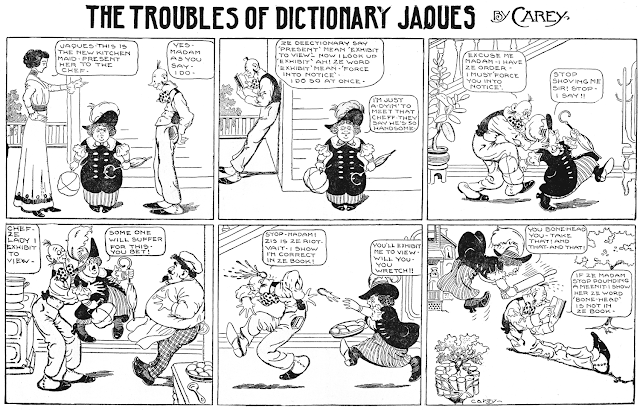 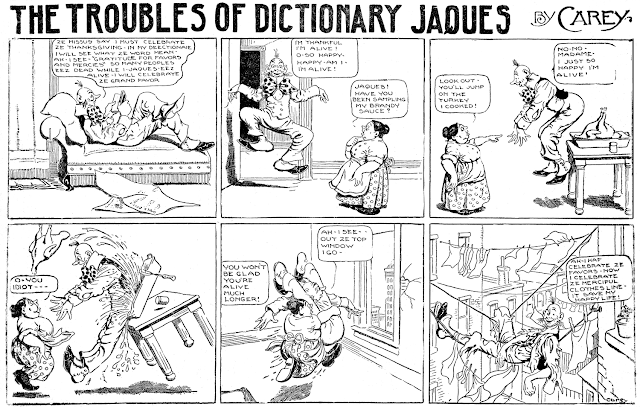 Ed Carey managed to escape from McClure Syndicate around 1909, finding some takers for his wares in the higher-class precincts on the New York World and Evening Telegram. But for whatever reason, by late 1912 he returned to the fold as one of McClure's headliners. Being a headliner can be nice, but McClure at this time, struggling to find a market for the now out of fashion boilerplate Sundays, made him a big fish in a very small pond.

Carey decided not to bring back Simon Simple, his old McClure standby, but instead a new creation, The Troubles of Dictionary Jaques. However, the new strip is pretty much just Simon Simple with a French accent. Jaques (yes, he consistent spelled the name that way, not Jacques) adds on the additional conceit of trying to learn the ins and outs of English by misinterpreting dictionary definitions.

Carey still offers superb art, but the strip just doesn't seem to have the energy of his earlier efforts. It's no wonder, then, that the strip was retired after less than six months. It ran from November 3 1912 to April 20 1913*. Carey then runs under my radar until mid-1914, when he returned to McClure for another go-round.