Obscurity of the Day: Loony Literature 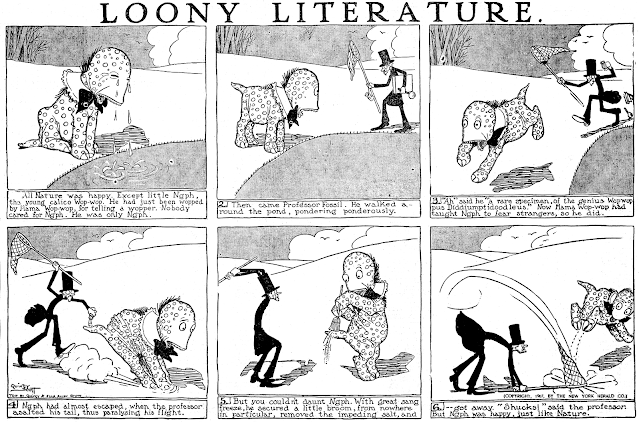 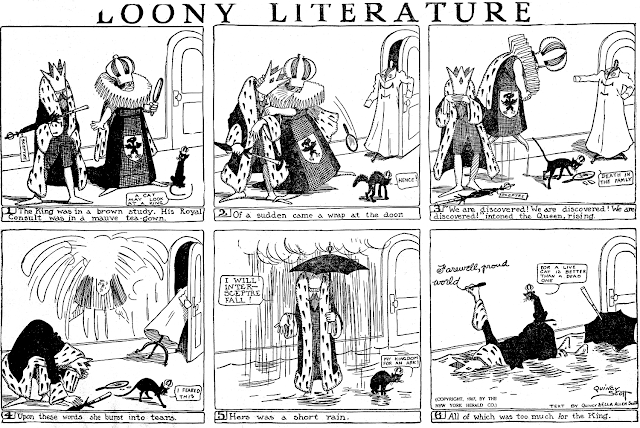 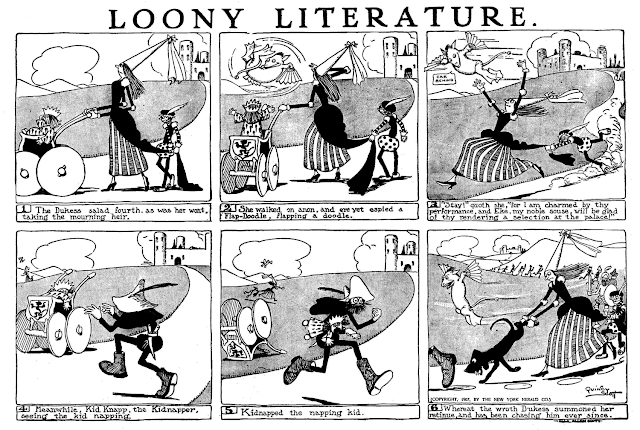 Quincy Scott didn't spend much time in the ranks of the comic strippers, just 1905-1907 as best I can tell, but his limited contributions are pretty choice in my opinion. His final feature, created for the Sunday funnies section of the New York Herald, was titled Loony Literature.

You might assume with a title like Loony Literature that you're in for parodies of classic novels, but what Scott had in mind was wordplay cranked up to Edward Lear-ish levels. It generally comes off wonderfully, as soon as you switch gears mentally to read on Scott's level. This is several levels above the typical fare of the Sunday funnies in 1907, which was mostly prank-pulling kids, hobos, country bumpkins and that sort of lowbrow stuff.

Scott gave co-credit to his just-wed wife, Ella Allen Scott, on the strip. What she contributed could have been art or writing, as she was also an artist. The location of her credit in the bottom example, however, would seem to indicate a credit for writing.

After his bout with the comic strip game, Quincy Scott got more into writing, then served in World War I. Later he became editorial cartoonist for the Portland Oregonian in the 1930s and 40s.