Obscurity of the Day: Little Will 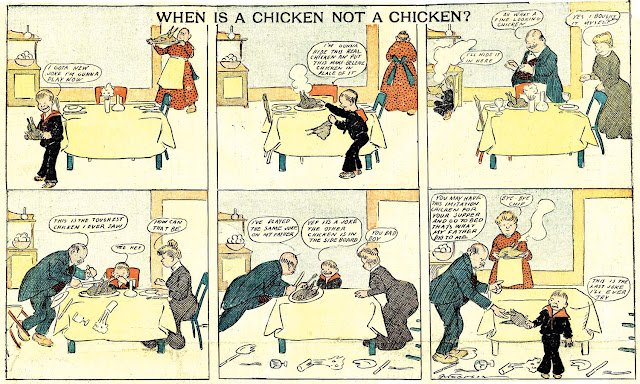 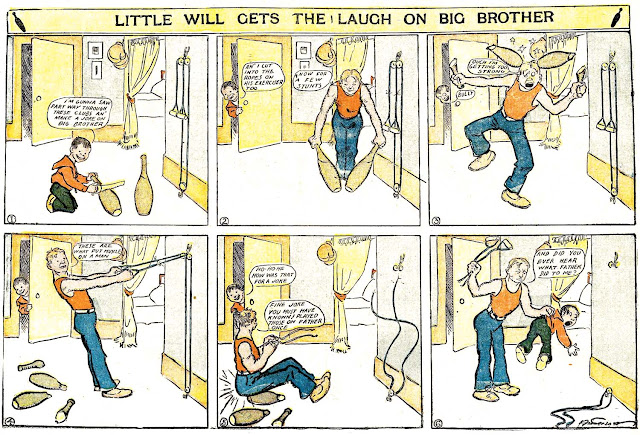 Comic strip kids of this era had stereotypical names, and Willie was the most popular. For obvious reasons, though, the comic strip rugrat in Little Will wisely goes by a slightly modified version.

Little Will was by Carl Anderson, who finally gained comic strip fame very late in life when he created that famous pantomime kid, Henry. Back in the 1890s and 1900s, though, Anderson made the rounds of the big New York papers and the syndicates, seldom making any contributions that stuck for long. In 1904 Anderson had a short stint with World Color Printing. He created three series for them, of which Little Will was the last. It's your typical prank-pully brat kid strip, nothing memorable about it.

Little Will, sometimes headlined as The Joker, ran in the World Color Printing sections from September 18 to November 13 1904.*

Thanks to Cole Johnson for the sample strips.