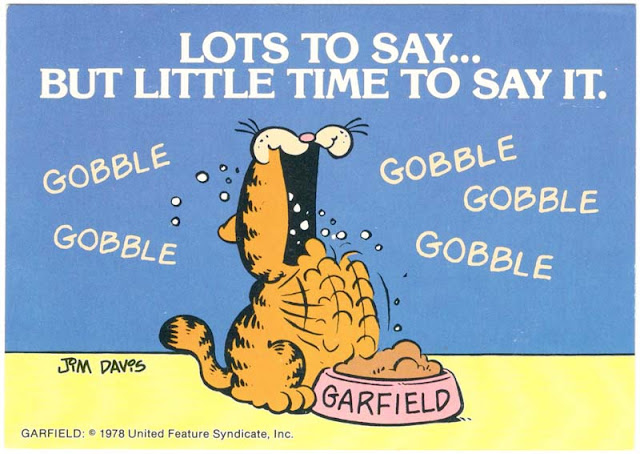 Here's another Garfield card put out by Argus Communications sometime in the 1980s. This one was initally to be P2121 in their series, but that code got Xed out and replaced by P2120. Sure glad we have that all cleared up.

Obscurity of the Day: It All Depends 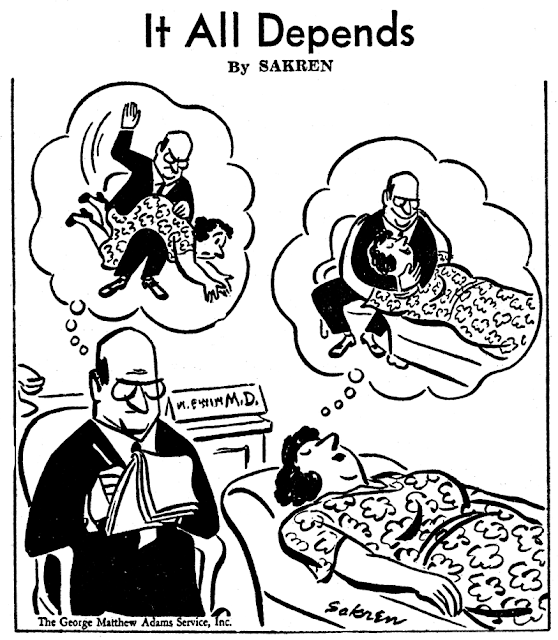 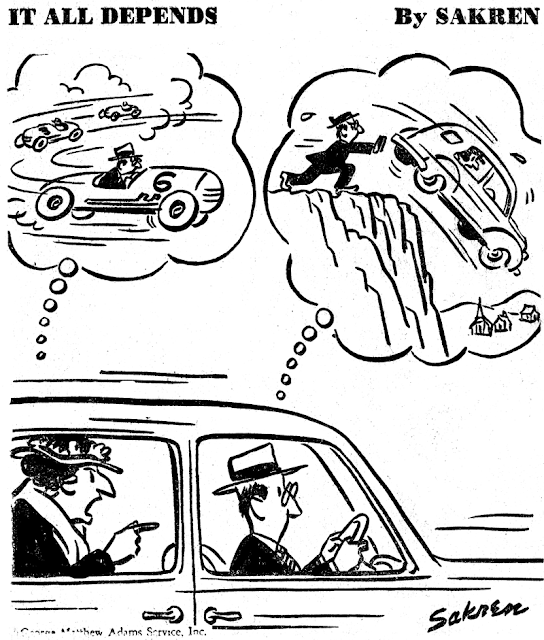 You've got to give Bill Sakren points for  sticking with it. After George Matthew Adams syndicated his pantomime strip Mortimer Mum in the 1930s, you'd figure Sakren would strike out in a different direction. Well, he didn't, but he did wait over a decade and a half before dipping his toe in a second time.

It All Depends, Sakren's second pass on a pantomime feature for George Matthew Adams, is a very cute idea. The panel shows a pair of characters in a situation and the thoughts going through their heads. Of course each character sees the situation in very different ways. Writing gags for pantomime features can be a real struggle, but this one, it seems to me, offers an unending well of good gags.

Unfortunately we'll never know how deep Sakren's well was, because the feature did not last long. I can trace it from January 7 1952* to September 26 1953**. It was as fresh and funny on the end date as it was at the beginning, but the Adams syndicate just couldn't seem to get it in many papers. Sakren would get a few more features syndicated, but none that met with anything more than modest success.

Comments:
These are great!

Hello Allan-
This feature reminds me of the Bob Barnes two-panel Register & Tribune series "Double Take" that ran from 1951-57. Another was the less successful 1950-52 Dille panel, "Viewpoint/It's All In The Point of View" by Dave Gerard that you covered back in 2006. 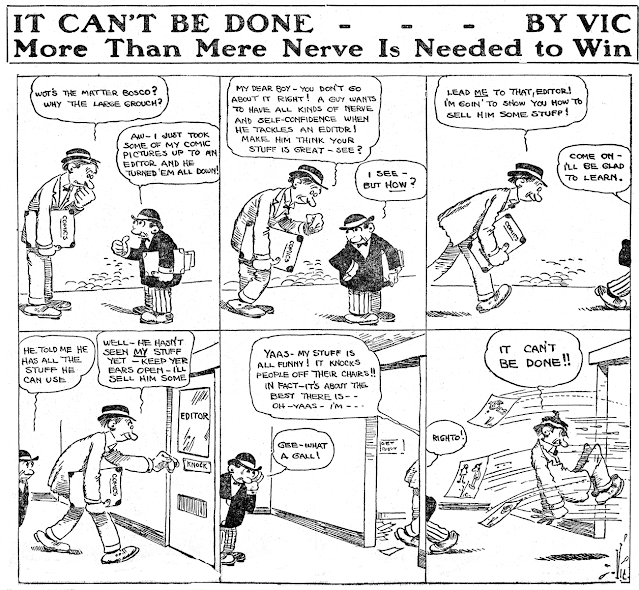 Strips in which the title is also the punchline were popular, or perhaps I should just say often seen, in the 1900s to 20s. They fell out of favor as cartoonists began to come into the mindset that they could be stuck doing the same strip for years and years. Once they realized what a corner they could paint themselves into this genre pretty much died out.

Starting in 1911 Vic Forsythe began pumping out a lot of material for the New York Evening World, eventually settling on the long-running Joe's Car/Joe Jinks strip that would keep him busy through the late 1930s, and other cartoonists gainfully employed for decades longer. Before that Forsythe peppered the Evening World with a number of other strips, including It Can't Be Done, one of those Title = Punchline things. It ran from November 25 1912 to December 30 1913.

Obscurity of the Day: Ye Getting of Ye Goat 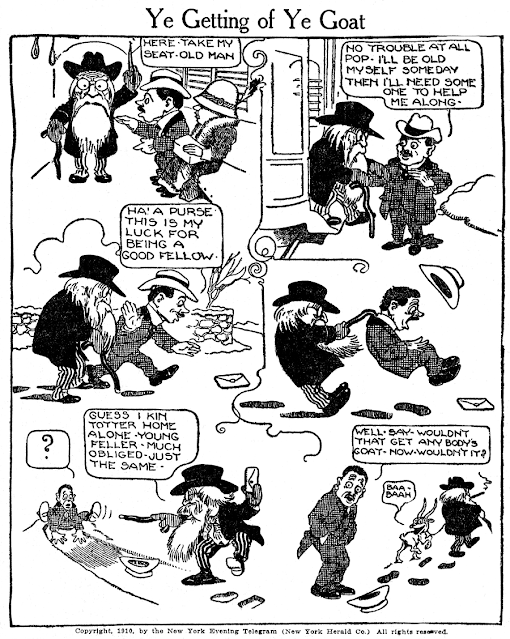 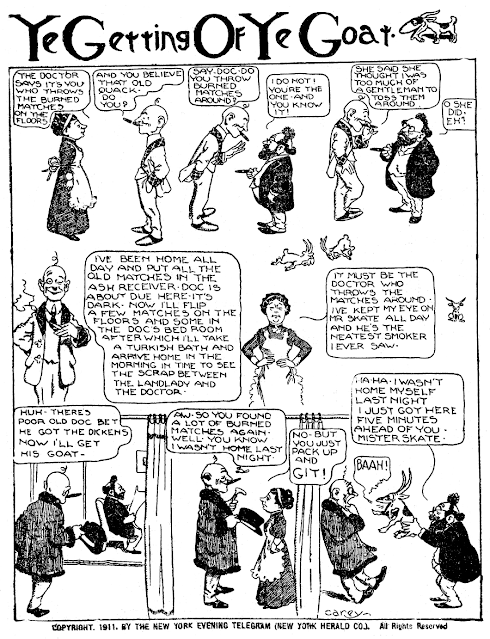 What are the chances that I'd stick my hand into the vast bag of obscurities and pick out another Ed Carey strip after doing one just last week? Just goes to prove that the laws of probability sometimes offer us tremendous coincidences.

Last week's Carey obscurity was not one of his best by a long shot, but today's obscurity is, in my opinion, a delight. In Ye Getting of Ye Goat, penned for the New York Evening Telegram, Carey shows us various annoying dolts and some outright scoundrels getting their comeuppance. The cute kicker is that Carey turns the phrase "getting one's goat" into a literal event in the gags.

Ye Getting of Ye Goat first ran in the Evening Telegram on December 27 1910, then 11 more times in February through early April of the next year. The final strip, which was also Carey's swan song at the paper, ran on April 14.