Obscurity of the Day: Arnold 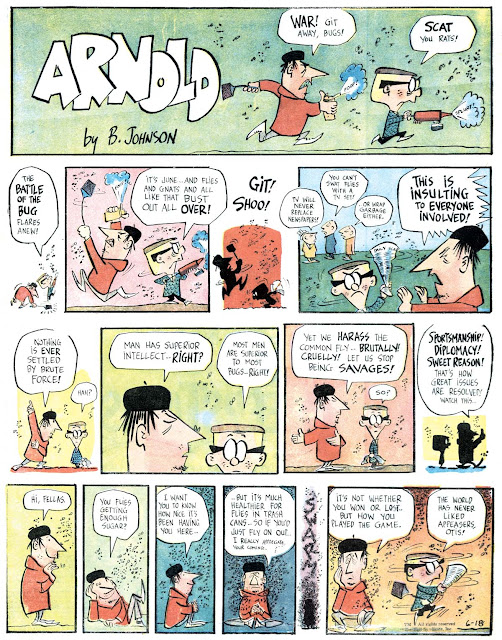 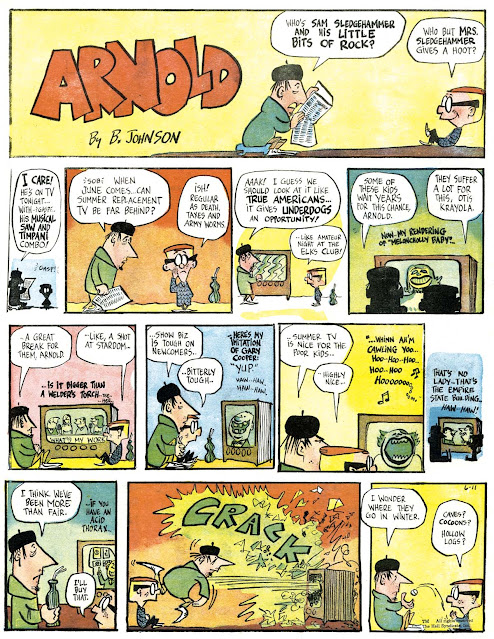 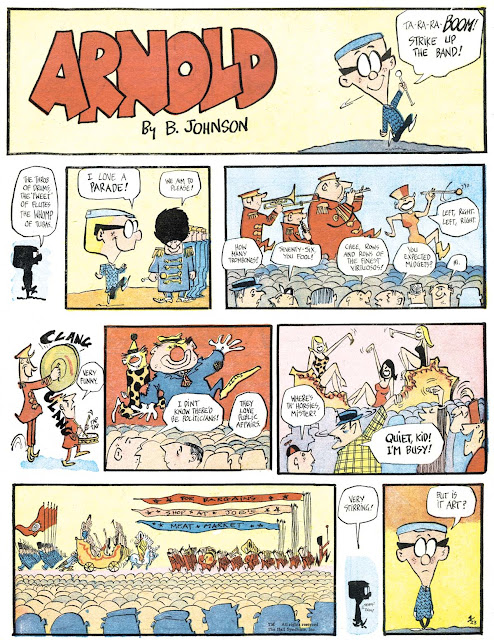 Bill Johnson was attending the University of Minnesota in 1952 when he began contributing a comic strip titled Arnold to the campus newspaper. The strip featured a little everyman-type, Arnold, whose comic foil was Otis Krayola, a half-witted hepcat. The strip offered little in the way of actual gags, opting instead for satirical discussions and snide commentary about modern life. It was Feiffer-esque before that was even a thing.

In 1954 the strip was picked up for syndication by the Associated Collegiate Press, and claimed to eventually be appearing in over 200 college publications. Johnson continued the strip after he left university life, keeping it going as he pursued a career in writing. Finally the big-time came calling, when the Hall Syndicate offered to syndicate him to mainstream papers. By now, though, Johnson was employed as a writer on the Minneapolis Tribune, so a daily strip must have seemed too much work. Instead Arnold was introduced as a Sunday-only feature, debuting on January 8 1961*.

The strip didn't by any means set the newspaper world on fire, even though it sported delightful art and would, in theory, appeal to the coveted college-educated 18-40 age group. But the strip's lack of focus on gags evidently made it a harder sell than Hall Syndicate expected. Johnson saw that his future was brighter as a writer than as a comic stripper, and Arnold was abruptly cancelled  after just nine months, last appearing on September 3 1961*.