Obscurity of the Day: Men and Women 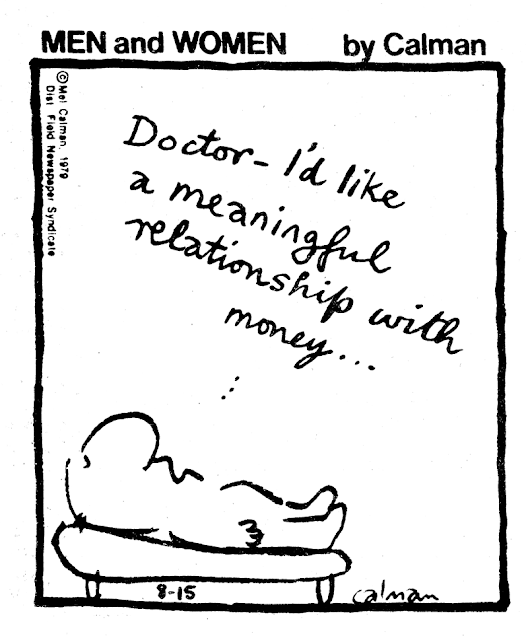 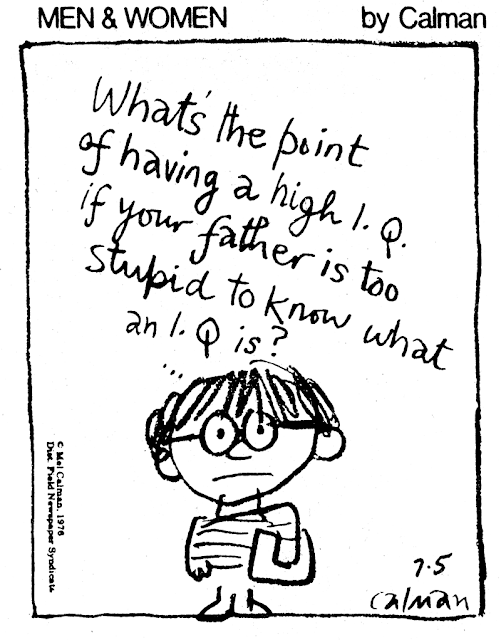 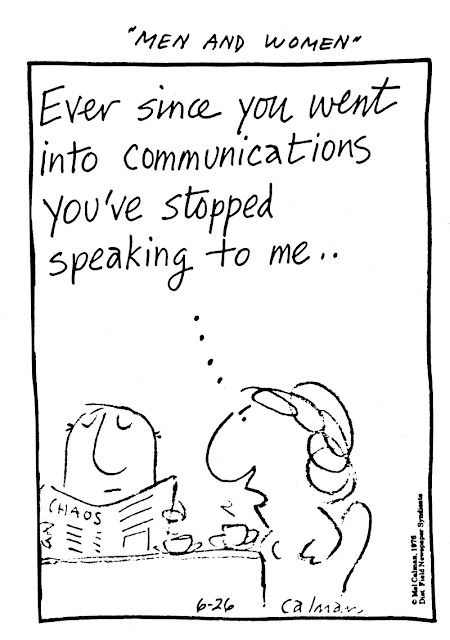 The 1970s was a decade in which neuroses were all the rage, and British cartoonist Mel Calman by all accounts had 'em by the bushel. That made him a perfect fit for writing and drawing cartoons about angst-ridden people, and his work in that vein went over quite well with the Brits.

Field Newspaper Syndicate thought that his cartoons would go over big with the American public, too, but it was not to be. His panel created for them was titled Men And Women, and it debuted on our side of the pond on March 8 1976* to a lukewarm reception (claims of 300 client papers are patently ridiculous). Six months after its debut it would gain the competition of the new strip Inside Woody Allen, a neuro-fest offering editors one of the biggest names in comedy. That pretty much doomed Men and Women to also-ran status, but Field gamely continued to offer it for six years, outlasting even the navel-gazing 1970s themselves. The series ended on April 19 1982*.

Calman was not used to the grind of a daily cartoon panel, and had this to say about how he felt by the end of the run, "I had cannibalised every scrap of an idea from my filing cabinet, and my extensive researches into marital strife were wearing me out."

It is unclear to me if Men and Women was also published as a daily cartoon in England -- some sources seem to say yes, some say no. And one source says that at least selections from the American cartoon were offered in a British reprint book, but I do not know which one (Calman has an extensive bibliography). Anyone?

* Source: Dates from Dave Strickler based on Los Angeles Times.