Obscurity of the Day: Chip 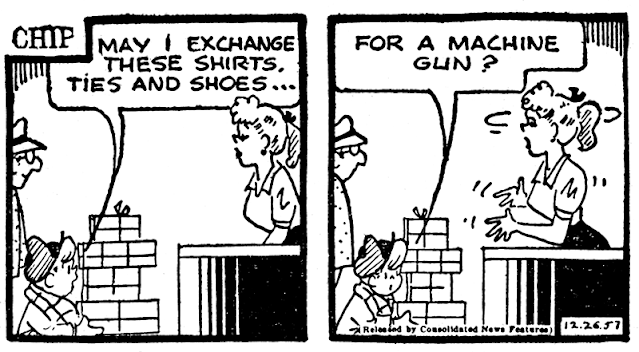 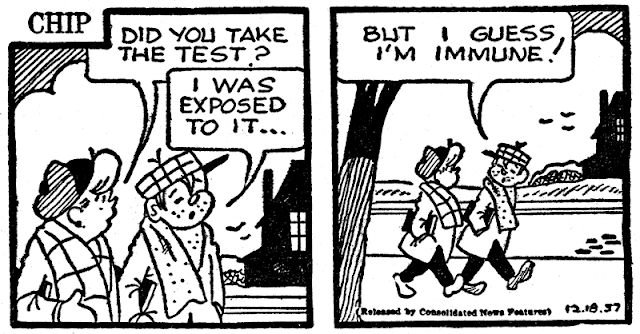 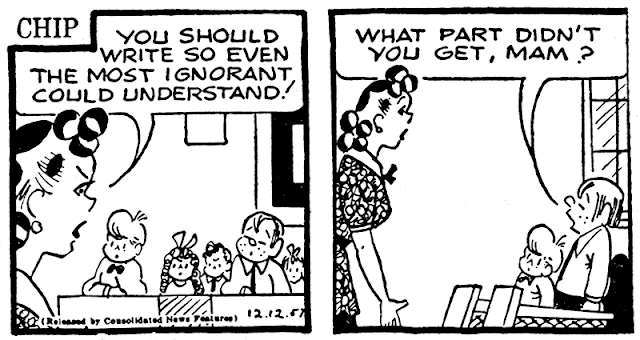 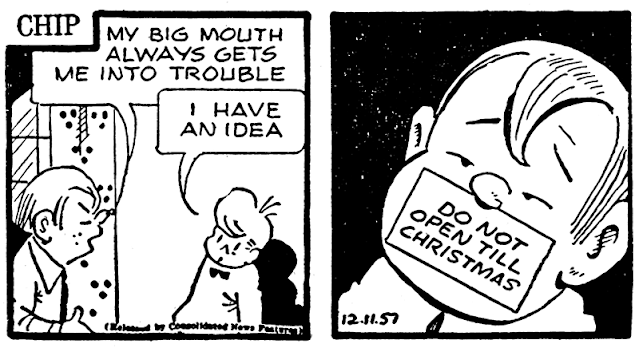 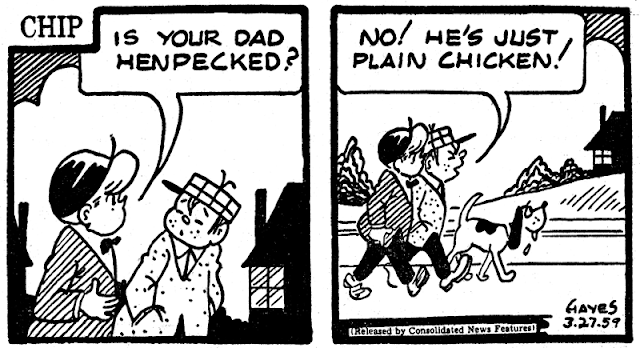 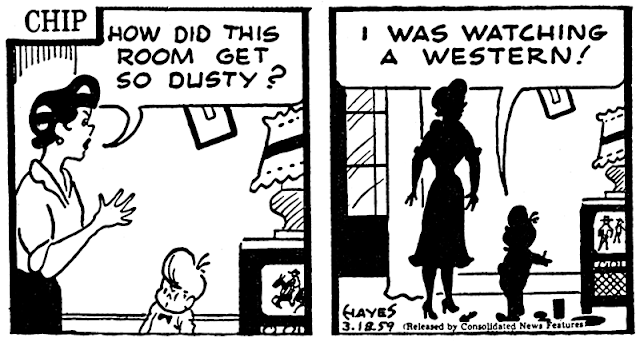 Jeff Hayes was already a veteran of several strips by 1952, though none were of much consequence. Several were closed-end Christmas strips, just giving Hayes a little time in the spotlight when not handling bullpen work.

But in the early 50s, when the so-called 'space-saver' strips came into vogue (Peanuts was from that genre) Hayes took the idea to it's logical conclusion -- how few panels constitute a strip? Why, two of course. How small can those panels be? Well, if you're not going to have two ridiculously skinny panels, the realistic minimum is two columns wide.

So he created Chip in that format, and even played up the idea that it could also be used in a stack, taking up just one column. The strip was about a little kid -- another burgeoning topic for features at this time -- and in its very diminutive size pretty much just offered up jokebook material. But I have to give Hayes credit; he didn't open up a copy of 1000 Jokes and start doing switches starting on page one. He had a real affinity for good jokes, and came up with little two panel 'he-said-she said' gags that offer a lot more smiles than groans. I'm not saying he was producing comedy gold, but it's funny often enough that I would have been sure to give it a glance in my daily papers in 1952.

Chip was accepted for syndication by Consolidated News Features, a small syndicate that was gobbled up by the North American Newspaper Alliance in 1930, but whose imprint was used on a few features well into the 1970s. The strip debuted on March 3 1952*. If the promo piece from E&P is any indication, Hayes did most of the selling of the feature himself, which is a good thing because I don't think that syndicate had much if any of a sales force by the 1950s.

Chip ran in a respectable if not spectacular list of client papers, but eventually as more papers tired of it, and Hayes wasn't out continually selling it, the client list shrivelled. By the time Hayes unexpectedly died at age 62 in March 1966, he was producing Chip for a pretty small client list. His feature outlived him, probably ending April 9 1966**.