Obscurity of the Day: Little Evy 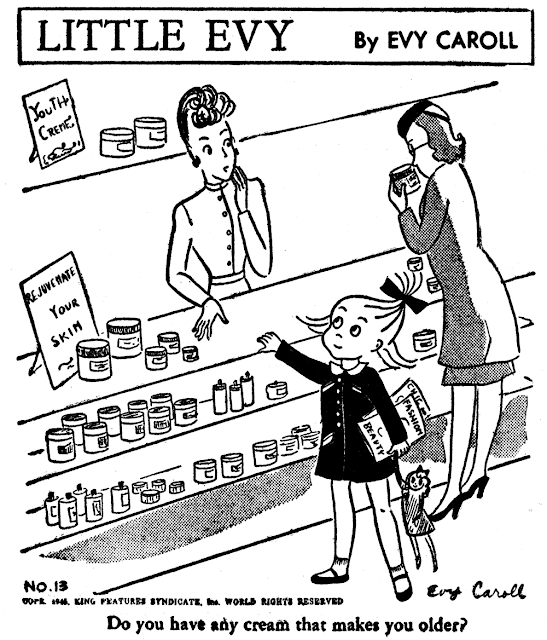 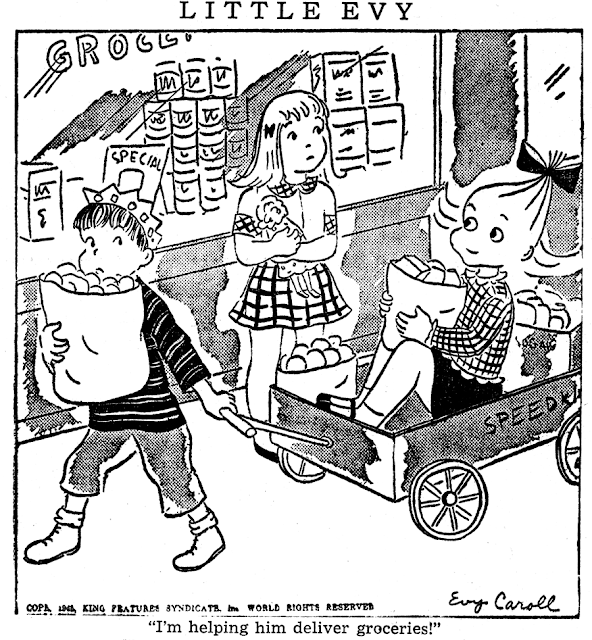 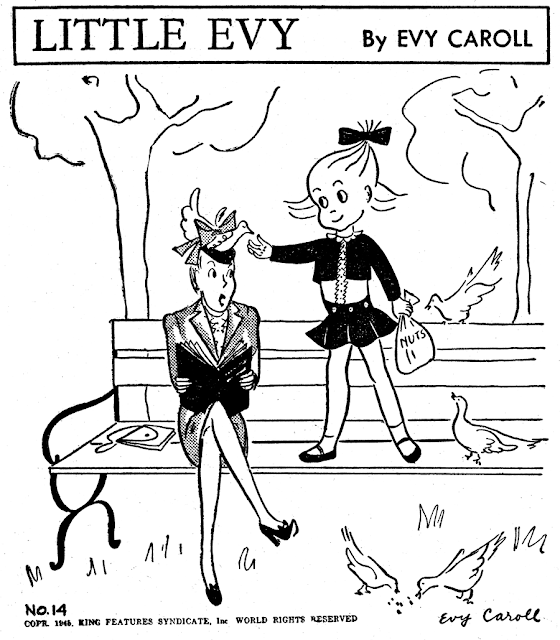 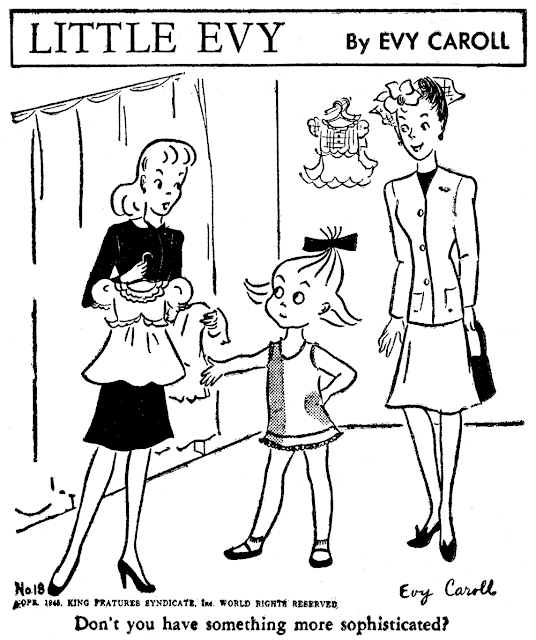 Evy (Evelyn) Caroll had a couple of years in the spotlight, and then pretty much disappeared, maybe losing her last name through marriage thus throwing me off the trail.

In 1945 Caroll's gag strip about a precocious little girl, Little Evy, was accepted by King Features, debuting on May 7*. The panel had a certain charm to it. It certainly passes the Holtz test -- it stars a kid with an actual personality, not just a mannequin for miscellaneous kid jokes. But newspaper editors seem to have disagreed with my evaluation and stayed away in droves. The latest I can find the panel running is April 27 1946**, a really short run from the generally indulgent King Features. Perhaps Miss Caroll was responsible for the cancellation, as she certainly wasn't in danger of jumping into an upper tax bracket with the feature.

Evy Caroll next published a children's book in 1947, Dance Natasha Dance, and then disappears off my radar.

** Source: York Record, which ran it late but thankfully left dates on the panels.

Comments:
For some reason it looks odd (to me at any rate) that Evy never opens her mouth when speaking.

As of 1949, at any rate, she did the story for a record called "The Amazing Adventures of Johnny," put out by Atlantic Records. (See: https://www.popsike.com/The-Ever-So-Many-Amazing-Adventures-of-Johnny-Magic-Bk/280731438638.html) She was born, according to one entry in the Copyright Register, in 1920.

The New York Public Library's online catalogue has listings for her that include drawings made as late as 1992, going back some decades before that.

She also had an article published in the December, 1963 issue of "Dance" magazine, entitled "Ballet, Violins and Shish Kebab." I'm getting the strong impression she was tied first and foremost to the dancing arts, and the visual arts may have been something of a hobby.