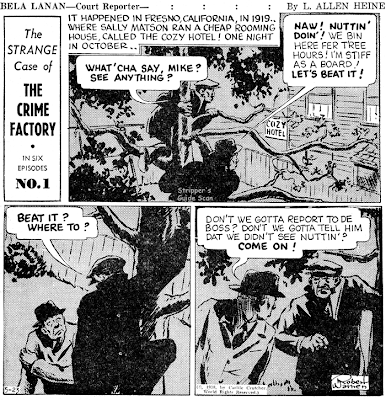 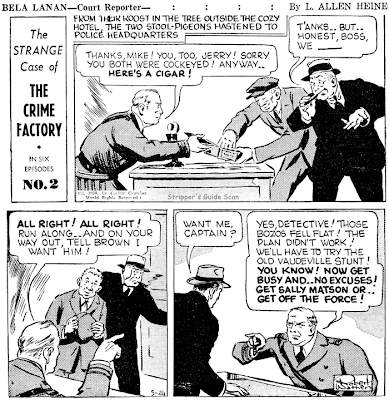 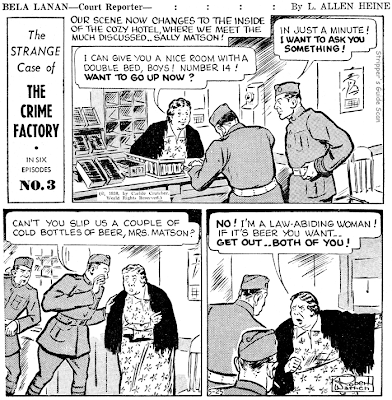 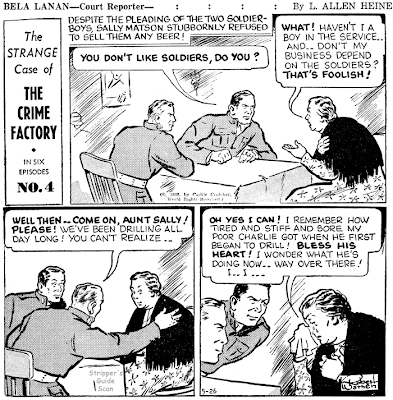 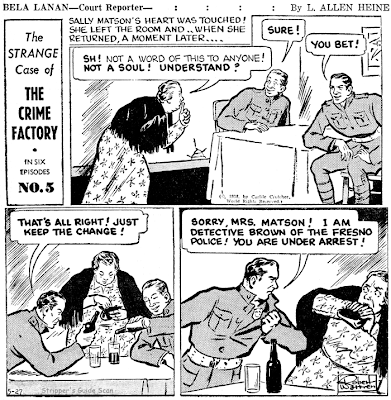 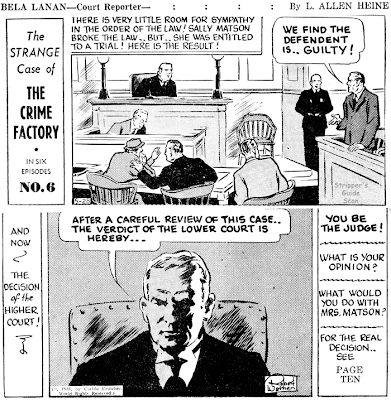 Decision in the Strange Case of
"The Crime Factory"

"REVERSED!" -- Sally Matson, self-confessed violator of the prohibition law that existed at that time was freed of the charge and released from custody. It was a startling reversal of the lower court's decree, and one that created much comment, both pro and con.

Mrs. Matson's only plea was that she was entrapped into selling the liquor to the soldiers through the instigation of the government's agents. She further claimed and proved that they came to her place for the sole purpose of trapping her into the commission of the offense.

Mrs. Matson was guilty and yet, strange to say, she went free, and here's the reason! The court said: "The government of this country is not engaged in the manufacture of criminals, and when one of our officers persuades a law-abiding citizen to commit a crime, we find it abhorrent to our sense of decent administration of the law. In cases of this kind, the courts have always been inclined to say that a crime thus induced does not support a conviction."

This is a true case. Reference of citation may be had by sending a stamped, self-addressed envelope to "Bela Lanan, Court Reporter."


Starting next week:
The Strange Case of The Woman Who Talked Too Much
Don't miss it -- follow it daily in this newspaper.

Despite the odd name and the tiny syndicate that offered it, Bela Lanan Court Reporter appeared in a quite respectable number of papers. The strip was syndicated by the Carlile Crutcher Syndicate, which was the distribution company for the Louisville Courier-Journal (Crutcher was an editor of the paper).

The strip was originally titled You Be The Judge when it first appeared on July 6 1936, but apparently someone else had that name tied up, so it was renamed to the listed title on October 5 of that year. Despite the name change, some of the marketing material for the strip continued to use the original title for years afterward. As an interesting bit of trivia regarding the title, I don't believe Mr. Lanan was ever actually heard from in the strip, though presumably the stenographer that can often be seen in the Saturday episode is our title character.

The strip retold court cases in the space of each week's six episodes, and on Saturdays the final disposition of the case was given in a text column. Our sample above is a pretty typical example of the type of narrative used throughout the life of the strip. The example is, I think, particularly a propos since Obama has been excoriated lately for citing "empathy" as a quality he'd like to see in his Supreme Court candidate. Without empathy, there might be no exceptions made for entrapment in law, and Sally Matson would be in prison for taking pity on some tired soldiers.

The writer, L. Allen Heine, and artist Robert Wathen, have no other credits I've been able to find.

EDIT: It has been pointed out to me by Carlos Altgelt that the origin of the name Lanan in the title likely derives from reporter William Lanahan, who collected stories about interesting court cases; Heine was in possession of his court case files and used them as the basis for the strip. See this post for more.

Comments:
The previous holder of "You Be the Judge" was probably the Saturday Evening Post. I used to read their legal feature as a kid, and I believe that was its title.

Insofar as entrapment goes, as presented the police in this case really did set out to "manufacture a criminal." They don't seem to have any reason to get the old lady...perhaps she had been reported before for handing out booze?

I wonder what on earth prompted them to use the name "Bela Lanin." During the 1930s how could readers not think of Bela Lugosi? Maybe this was Lugosi's evening job. I thought it might be an anagram, but I didn't come up with anything. Maybe it really was the name of a court reporter!

Hi Smurf --
Great minds think alike. I too teased around with that name a bit thinking that it had to be an anagram.

I think the first strip in the sequence is trying to give us the impression that the old lady was under serious suspicion, but no specifics are given. And since the story was set during prohibition, she shouldn't have had any beer at all, though as early as it was in that ridiculous experiment she could very well have had some reserves from before the law went into effect.

My dad was Robert Wathen, the artist for this strip. I have a box full of the original drawings in my basement. I don't know what the source of Bela Lanin was either, but he told me he found characters to draw into the strip by visiting bars in downtown Louisville. Lanin may have been one of them, but I never talked to my dad about that name. He did tell me that the strip languished after its very good Jewish salesman stopped selling it in syndication. He said some of the salesman's family and friends pointed out to him that the strip's sponsor, Bayer, was a German company which did business with a government which wasn't friendly to his relatives in that country. So he quit, and they never found a salesman that could keep it in syndication.

would like to know if: robert wathen is your father/did he paint the pendennis club louisville 1962? i have one of the paintings , would like info on him. it is beautiful
dixie klinger reynoldsburg ohio
gmaklink@yahoo.com thanks

I believe I have a painting by your dad, also. It is titled "Horse Laundry Churchill Downs." I got it through my grandfather who was president of the Mulligan Advertising agency in Louisville. It is beautiful, also. My grandfather must have connected with your father through the agency.In those days adverising art was done by real artists. Just wanted you to know that your dad's art is still being enjoyed. Corydon, IN

We have an oil portrait of my husband's grandfather that was painted by Robert Wathen in 1945. For many years it hung in the Bank of St. Helens. It came to the family when the bank was bought out.