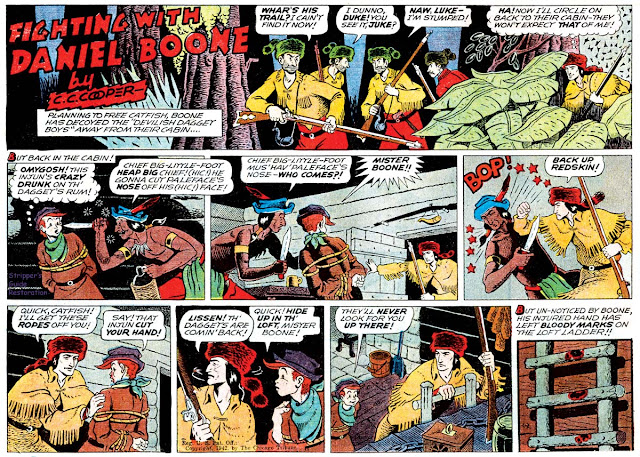 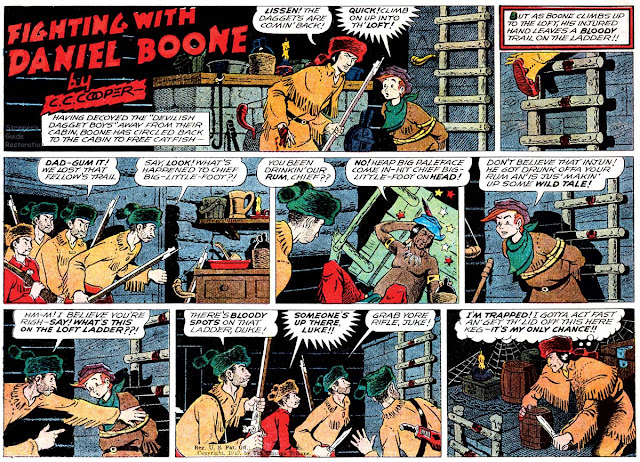 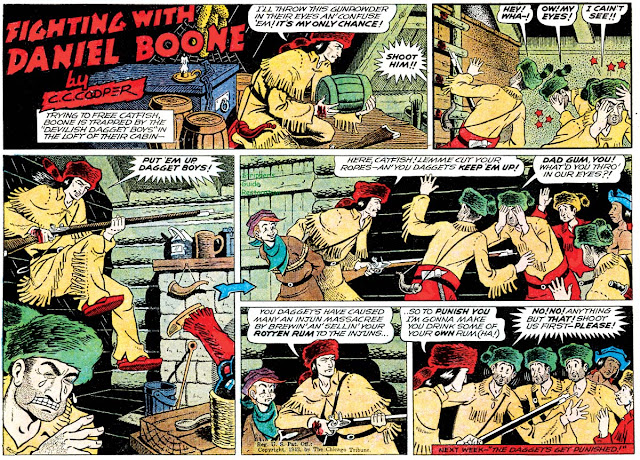 A quasi-historical imagining of Daniel Boone's adventures in founding the town of Boonesboro/Boonesborogh/Fort Boone, this feature was by C.C. (Carlisle) Cooper. Although the strip is quite good and consistently entertaining, it suffers from excellent but cartoony art that just isn't appropriate for a blood-and-thunder adventure strip like this.  There's also the matter of the name, which it seems to me implies that the strip is actually told from the viewpoint of Boone's adversaries. Although that concept might have some merit for being out of the ordinary, in fact the badly worded name was meant to indicate that the strip was about those who fought alongside Boone.

Fighting with Daniel Boone debuted on October 27 1940, and ran about a month past the end of the Comic Book itself, ending on May 9 1943. As far as I know, this is Cooper's only newspaper cartooning credit, and that's a shame as it seems to me he would have been really good handling the art on a humor strip.

Comments:
Still alive as of a couple years ago,
when he listed his favorite comic strip as Fighting with Daniel Boone.
http://www.vcstar.com/news/2011/feb/25/personality-sketches/
D.D.Degg