Obscurity of the Day: Notes on the News 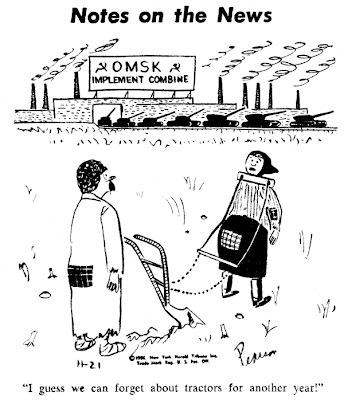 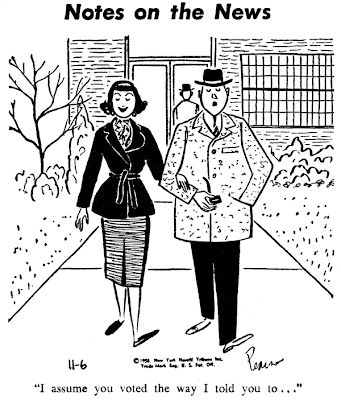 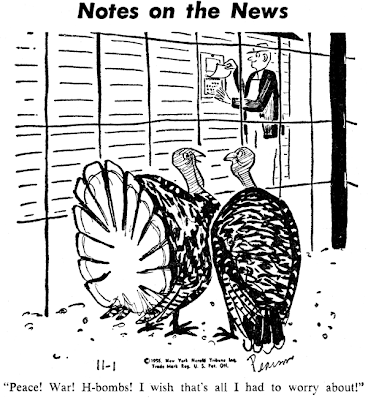 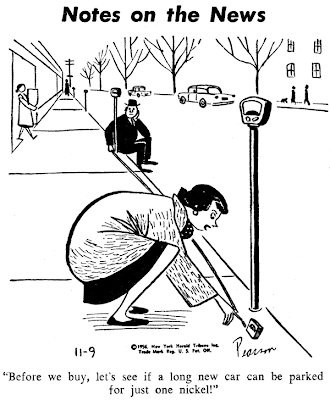 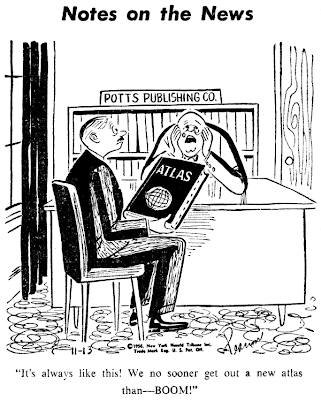 Sometimes it is hard to tell when a newspaper cartoon about the news should be categorized as editorial, but Charles Pearson's Notes on the News clearly falls on the side of pure entertainment. It appeared as a little breath of fresh air on the op-ed pages of the New York Herald-Tribune for quite a few years. Unfortunately for many of those years it was untitled and I failed to track it as I indexed other material in that paper. What I can say is that it was definitely already there in the early 1950s, and it gained its title around 1955.

The Herald-Tribune syndicated the panel until 1963, when it was passed on to Publishers Syndicate along with most of H-T's features. That syndicate didn't seem to have a great deal of interest in it, and it was dropped sometime in 1964. However, Charles Pearson then self-syndicated it with at least some modest success, until 1972.

I know very little about Pearson. According to this post on OSU's Cartoon Library website, he was a prolific gag cartoonist, appearing in most of the major magazines, and contributed to Yank during the war.