The Comics of Syndicated Features: The Jamms 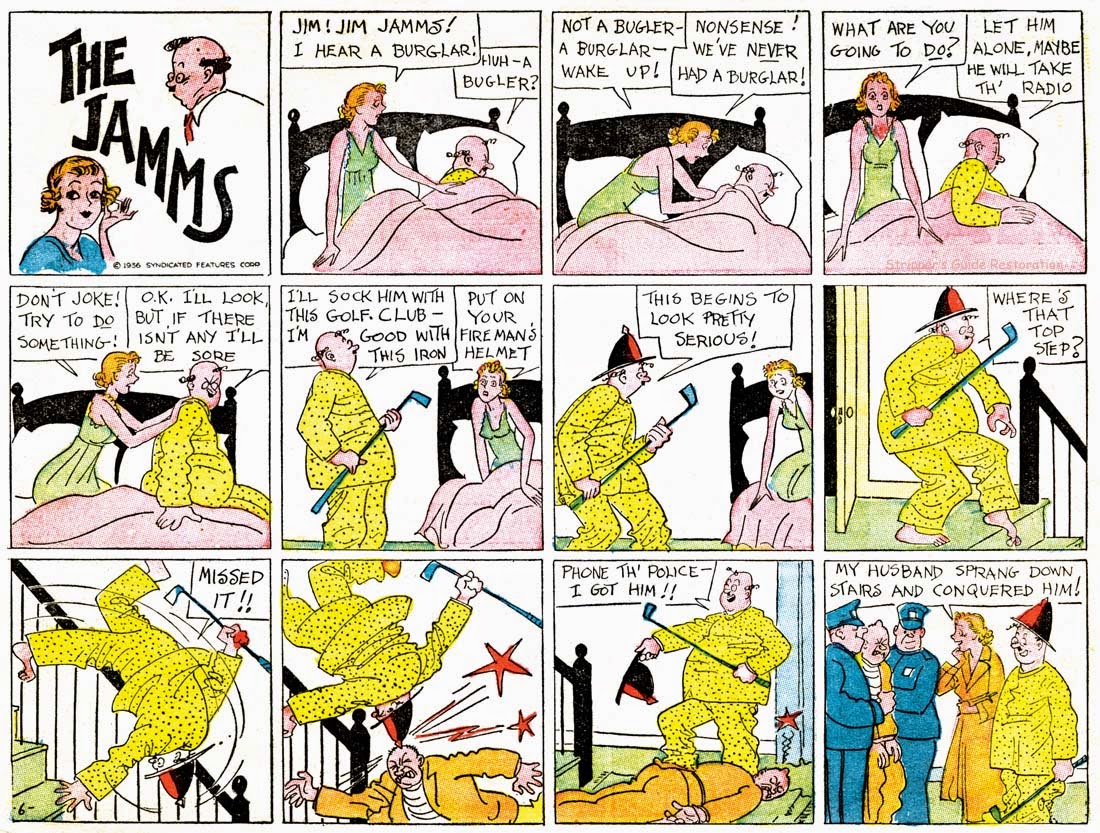 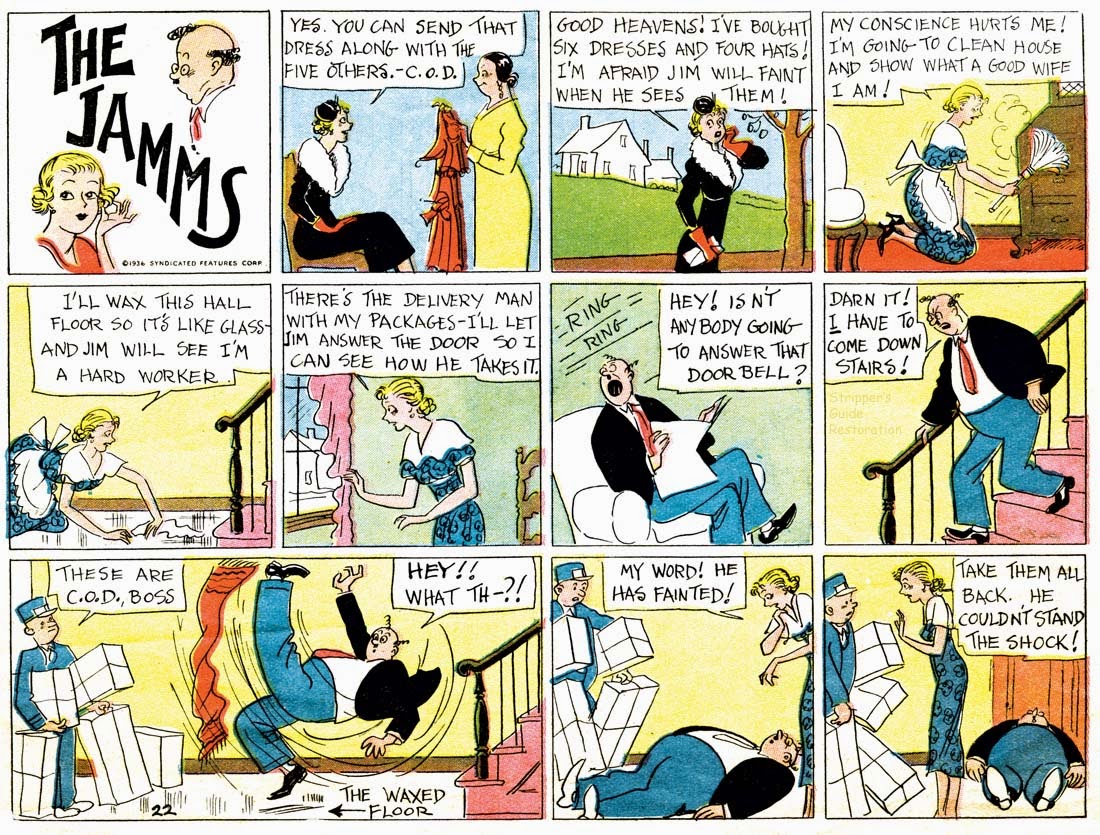 Though the prolific Crawford Young rarely signed his Syndicated Features strip, The Jamms, it resembles his Central Press feature The Tutts enough that it almost seems like the Sunday strip version of that daily panel.  It's not a carbon copy, though, as the Tutt family included a gaggle of children, and the Jamms appear to be lacking in that department.

The Jamms was a half-pager throughout the run of the Syndicated Features tabloid run. It debuted on July 13 1936, and ended with the section on March 8 1937.

Comments:
More then THE TUTTS, it remember me of CLARENCE.

I know these two strips cover the same territory as a thousand other strips, but i found these two samples quite funny. Is it his craft, was I just in the mood or both. Regardless, once you've completed the tour de Syndicate Features, can you spotlight the Tutts?

You have quoted the Syndicated Features section beginning on July 13,1936, two times, but wouldn't the debut issue actually read, "WEEK OF JULY 12"?

Hi Grizedo --
The Syndicated Features section, which I used to think was preprinted with a "Week Of" date that was consistent, turned out to be anything but as more newspapers were found that ran the section. At this point I don't really know how to date the sections properly. Some of the cartoonists did, early on, date their strips, but even those dates aren't entirely consistent. Thursday and Friday dates are prevalent, but Saturdays are seen as well.

I'm up for anyone who'd like to make a case for a consistent dating system that makes sense for these.