Obscurity of the Day: Mr. Grouty 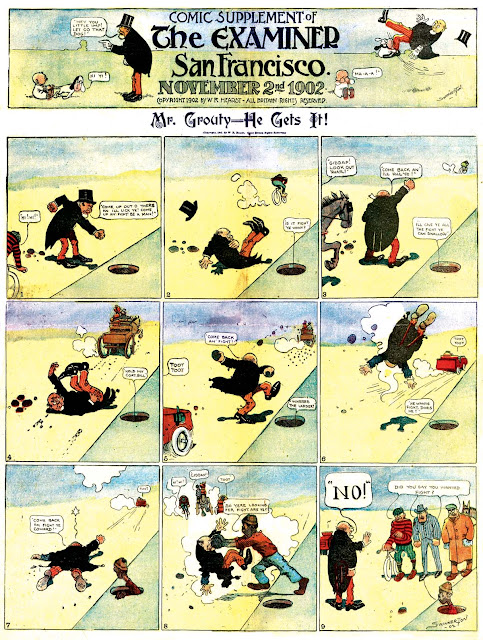 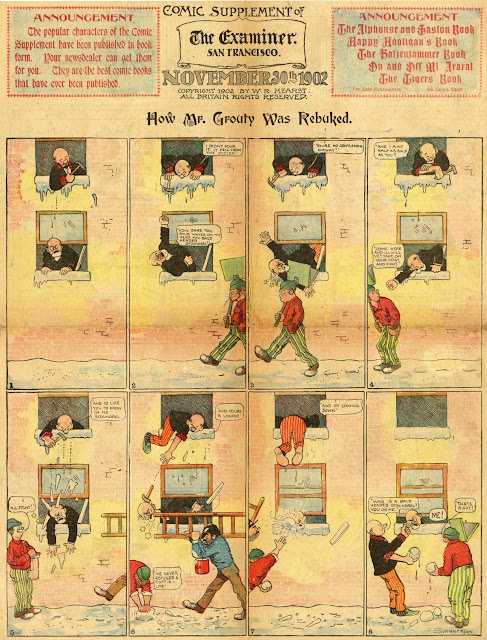 One of Jimmy Swinnerton's short-lived and swiftly forgotten efforts, Mr. Grouty starred a fellow who was always ready to fight and then paid dearly for his temper. The word "grouty", in fact, was once in the vernacular of the common man and meant, according to dictionaries that still recall that use, "bad-tempered and rude."

Comments:
I actually think it's kind of fun...and of course the artwork is great!

The character "Mr. Grouty", seems to have inspired "Mr. Gouty", an old goat in a wheelchair with his gouty foot all wrapped up in medical tape. "Mr. Gouty" was featured in the Porky Pig cartoon: "Porky's Hotel", directed by Bob Clampett and copyrighted Sept. 2nd, 1939. Now I understand the parody!