John J. Sunley was born in Cleveland, Ohio, on November 26, 1915. His birthplace was determined from census records and birth date was from the Social Security Death Index.

In the 1920 U.S. Federal Census, Sunley was the sixth of seven children born to William, an electrician, and Elizabeth. The family resided at 5617 Whittier Avenue in Cleveland.

The Cleveland Plain Dealer (Ohio), April 12, 1932, announced the winners of the Tarzan coloring contest. Sunley won a pair of tickets to see Tarzan, the Ape Man.

The Plain Dealer, June 5, 1938 and June 4, 1939, reported the May Show at the Cleveland Museum of Art and mentioned Sunley’s freehand drawing.

According to the 1940 census, Sunley, an artist, and his oldest brother, William, a comic writer, worked for a weekly newspaper.

Link, the Cleveland Institute of Art Magazine, Summer 1983, published highlights of Sunley’s art career based on his letter (see page 11). He was in the museum’s class of 1939 and earned “a living as newspaper illustrator and cartoonist, as staff artist at Newspaper Enterprise Association in Cleveland, and as free-lancer for the Akron Beacon.” He served in the Air Force during World War II. 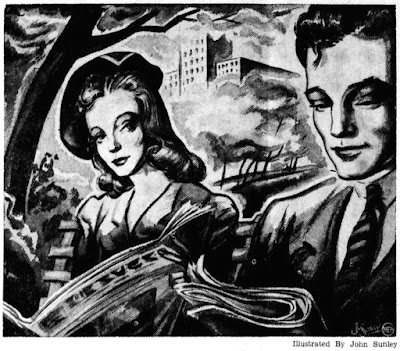 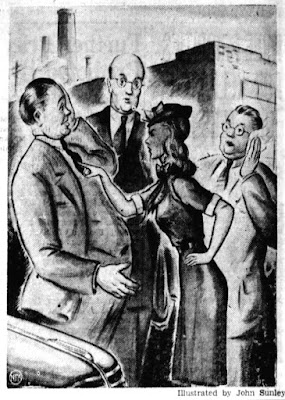 Two more samples of Sunley’s art are here and here.

In 1951 Sunley moved to Buffalo, New York, where he worked as editorial staff artist on the Buffalo News. He retired early in 1978. Sunley continued work as a freelance courtroom sketch artist for television.

According to the Guild Reporter, June 12, 1958, Sunley was one of several artists to receive a trophy at the Buffalo Newspaper Guild annual Page One Ball.