Obscurity of the Day, Revisited: The Story of an Ambitious Man Who Made Jobs For Thousands Through Free Enterprise 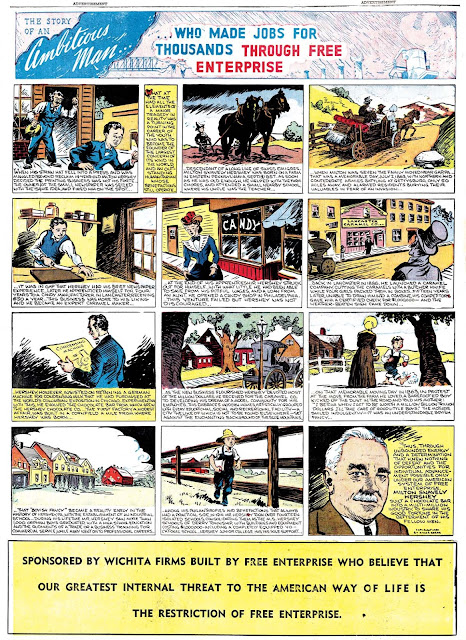 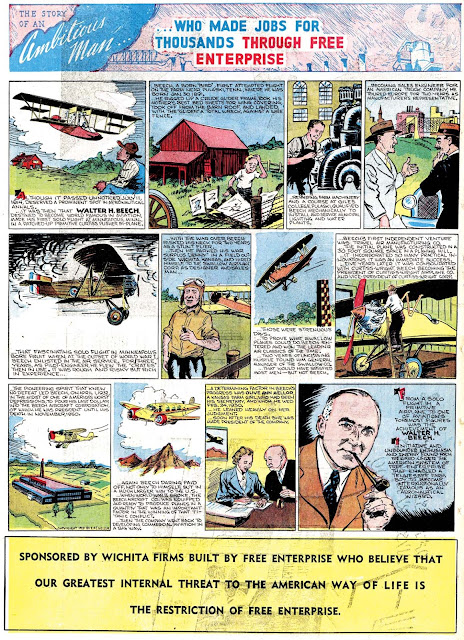 We previously covered this series, The Story of an Ambitious Man who Made Jobs for Thousands Through Free Enterprise, way back in 2007. Ah, 2007, I remember it well. Innocent days when we used to say things like "worst President ever," not realizing just how soon we'd be practically longing for a POTUS who didn't even know what a tweet was.  But I digress...

This series with the ridiculously long title profiled famous entrepreneurs, and banged the drum for free enterprise without government intervention or restriction. Each episode took pains to throw in a sermon to the effect of how these giants of industry were terrifically interested in the welfare of their workers and their communities, and that lining their pockets was merely an annoyance they put up with while focusing on the greater good.

This stuff played really well when the series debuted on December 7 1947. The United States was just starting to go down the rabbit hole of the Red Scare, and this sort of thing was eaten up like meat at a paleo diet barbeque. The nation's youth were in peril to succumbing to the siren song of Communism, so it was important to keep reminding Junior that our system is the best. Teaching the righteousness of big business was of especially great importance in the home of the auto industry, Detroit, ground zero of American giant corporations.

The series was produced for the Detroit Free Press by "E. and I. Geller". Back in 2007 I knew the E was for Edward, but it was much later that it came to light that the I. was for Irene Caplan Geller -- his wife? Sister? That I dunno. Art was rarely signed, but articles about the series reveal that the art was provided by Frank Williams, William Fanning and Max Rasmussen (Rasmussen did very few, and he did sign). Edward Geller was assisted in the writing duties by Free Press literary critic Len G. Shaw.

Although I say that the series was produced for the Free Press, Cole Johnson sent me the above samples to prove that it did appear elsewhere (these 1951 samples are from the Wichita Eagle), and the gimmick evidently used was to get businesses in town to sponsor the page (that's how it worked in the Freep as well). To the credit of the Eagle, they ran a line above the full-page strips saying the page was an advertisement.

Comments:
Would that final date actually be 1972? Or did time go backwards?
— Katherine Collins

Oops, no, my flying fingers meant to type 1957. Nice to know someone read to the end of the post, and wasn't nodding off by then!