Finally in 1917 we have a good paper to index. Starting in mid-February (when the digital collection at newspapers.com begins), the Harrisburg Evening News will be a very good source for years to come. 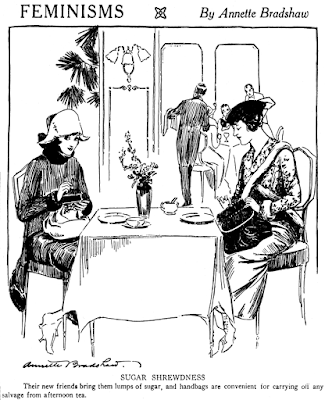 Unfortunately our dearth of good papers in 1916 and early 1917 leaves us with no history of Annette Bradshaw's  contributions during this time (the El Paso Times seemed to have had no interest in printing  her cartoons). That gives us no exact idea of when Bradshaw decided to transition away ever so slowly from her continuing title Feminine Foibles (FF) to Feminisms (F). If she saw these as covering different subject matter I cannot vouch, as they both seem to me like the same sorts of gags. I do notice, though, that sometimes the gag is dispensed with in favor of some fashion advice. That makes it essentially just a fashion illustration and outside our purview, but I draw the line at reading the caption to each Bradshaw panel to make judgment calls. 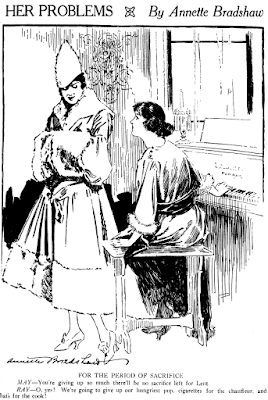 We also can't say when exactly she added her second continuing title, Her Problems (HP), which was already running when we pick up the thread in February 1917. This series too does not really have a specific focus, but the gags do tend to have a sarcastic bent to them, often making fun of the overblown problems that are complained of by upper-class women.

Now that we are with the Harrisburg Evening News, which printed the magazine page with almost perfect regularity, we can see that the romantic series has settled down to a regular schedule. Will Nies (WN) on Mondays, Wednesdays and Saturdays, Annette Bradshaw's cartoons on Tuesdays and Thursdays. This is actually pretty much how it would continue for years, except that only Bradshaw would remain true; a practically endless parade of other cartoonists would make appearances, some long-term, some short-term, on the other weekdays. 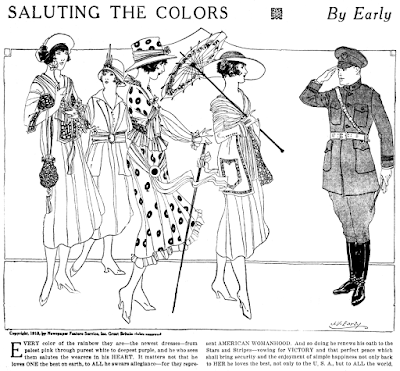 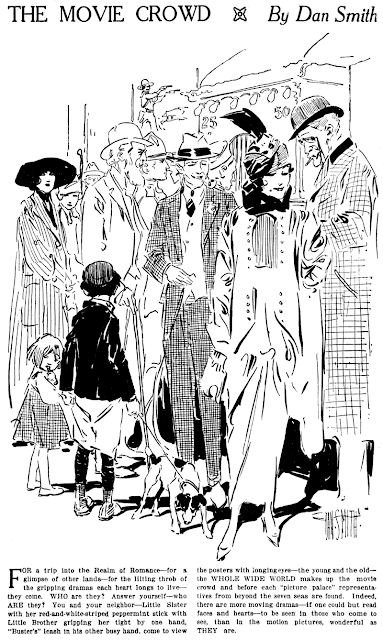 At the beginning of 1918 just such a shake-up occurs. Will Nies starts to be replaced by the cartoons of Tim Early (TE), who brought a lovely formal style to his contributions.  Then starting in April Dan Smith (DS) starts popping up on a few occasions. Smith, of course, was one of Hearst's premier Sunday magazine cover artists. Nies is gone entirely by early May. 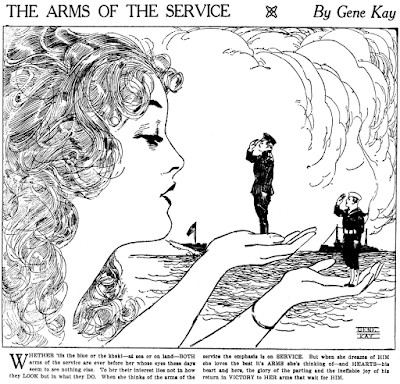 In May another new artist makes his debut, Gene Kay (GK). His style was stiff and illustrative, and he only contributed seven panels over three months. I know nothing about him. 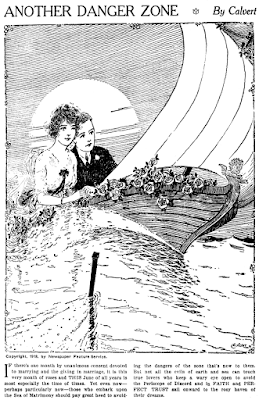 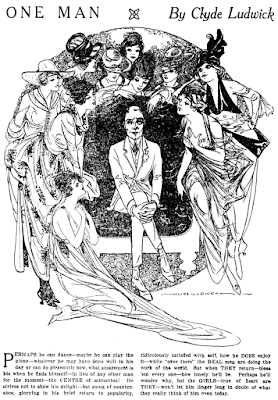 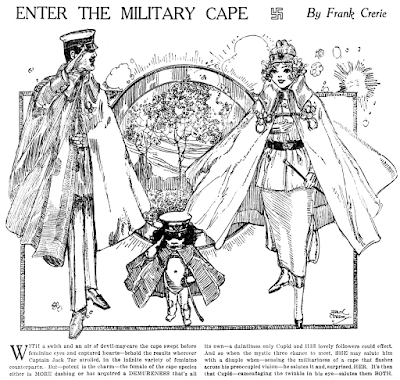 In June we get a single cartoon by "Calvert" (C). The style is nothing special, in fact it looks a lot like Gene Kay's style to me. We also get a single appearance by Clyde Ludwick (CL). Frank Crerie (FC) bursts onto the scene with ten quick appearances over the next two months, only to drop off to a few times per month through October. Crerie gets a capsule bio in Paul Mattingly's "An American Art Colony", but it mentions nothing about newspaper work. 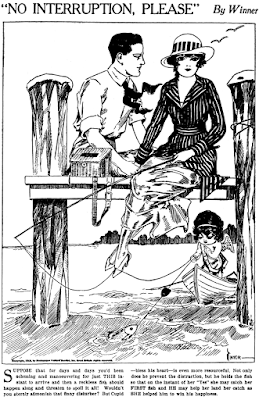 Also debuting in June is Charles "Doc" Winner (DW), who later went on to work on high profile properties like the Katzenjammer Kids, Elmer, even a short stint on Thimble Theatre. He manages seven appearances over three months and shows us a considerably different style than the bigfoot cartooning for which he's known. 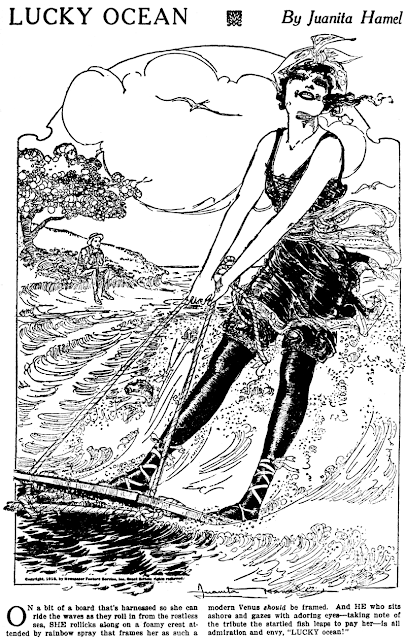 The musical chairs approach to the romantic cartoon settles down starting in August with the first appearance of Juanita Hamel. Hamel would quickly become a three times per week regular on the panel, a position she would hold for almost a decade.