Obscurity of the Day: Those Hicks Folks 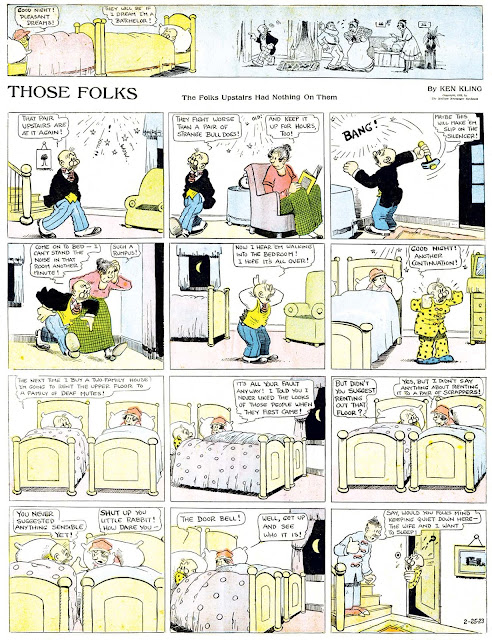 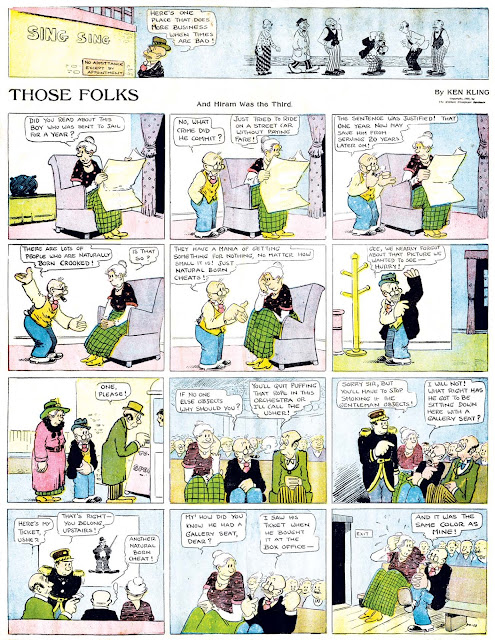 One of the more ho-hum comic strip series I've ever encountered, Ken Kling's Those Hicks Folks was a family sitcom that initially leaned heavily for gags on dad's reactions to various suitors for his daughter --- in other worlds, a pretty blatant copy of Polly and her Pals. Within six months though, the focus left the daughter and from then on it was your typical husband and wife gag strip, like The Bungle Family or The Gumps, minus the continuity since this was a Sunday-only series.

The strip debuted on June 5 1921*, distributed by the struggling McClure Syndicate. On December 11* of that year Kling upped the ante to make his strip even more generic by changing the title to the instantly forgettableThose Folks. Thus it ran, never giving newspapers any real reason to want it, until October 23 1923**.

Oddly enough, McClure was able to talk the Dille Company into buying the backstock of the strip -- seemingly a case of selling ice cubes to Eskimos. Dille in turn licensed it to World Color Printing who used it to take up a page of their Sunday section from July 16 1926 until sometime around October 1927***. Dille's National Newspaper Service then offered it in the E&P directories of 1927 and 1929, but as far as I can tell found no takers.