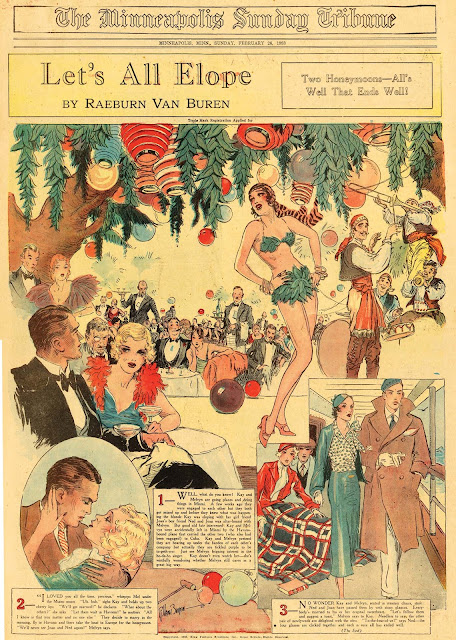 Raeburn Van Buren was just about to embark on a long stint working on Hearst's daily romantic cartoon series when he was tapped to provide a very short series for their Sunday magazine covers. Let's All Elope was only three episodes long, and foolishly tried to tackle a story of two star-crossed couples in a comedy of errors that needed way more space to make any sense to readers. The final episode, above, reads more like the Cliff's Notes to the story than the story itself.

Let's All Elope ran from February 12 to 26 1933, and comes just months before the end of the King Features magazine cover series. With cover series like this, no wonder it was cancelled.