Obscurity of the Day: The Funny Side of Life in Montana 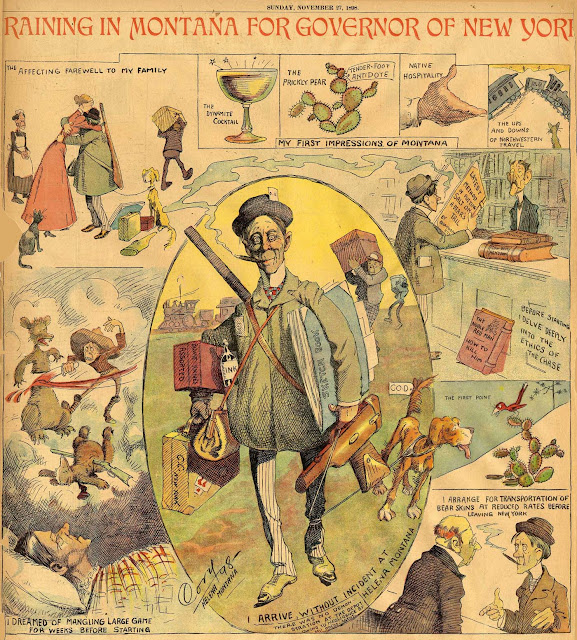 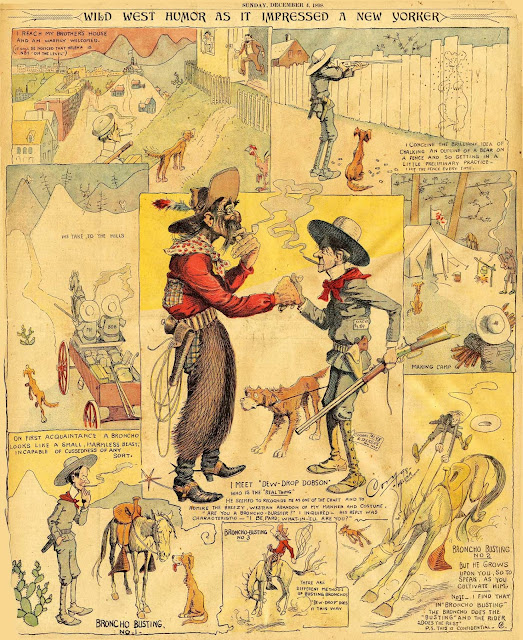 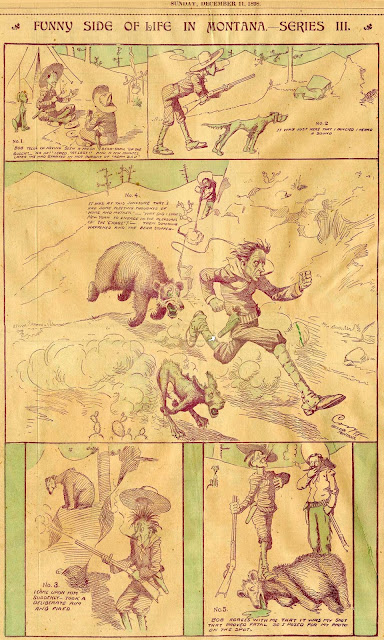 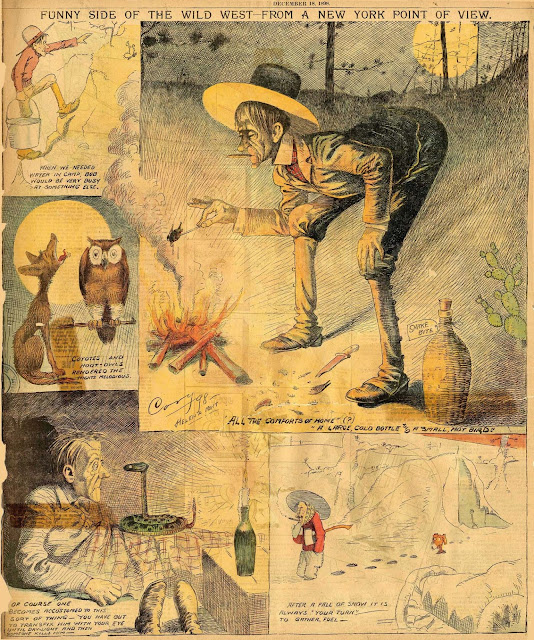 Courtesy of Cole Johnsons's archives, today we have the entire run of a series about J. Campbell Cory's trip to Montana. This series ran in the New York World for four installments from November 27 to December 18 1898.

From the perspective of humor, the series is no classic, but Cory's delightful art and the superb coloring job on the first and last installments make this series worth remembering. His depiction of frontier life may or may not reflect the state of the wild west as he encountered it, but it certainly plays into all the familiar stereotypical accounts brought back by Eastern dudes in search of what Teddy Roosevelt would soon call the 'strenuous life.'

You may wonder at my choice of The Funny Side of Life in Montana as the headline title. After all, it was only used on the third installment, and that installment was a minor one, running in two colors on an interior page of the World. But Ken Barker chose this as the series title for his New York World index and I agree with his choice. This is the only installment which recognizes that this is a series, by use of "Series III" in the headline, and so we both think that Cory considered this his true title, despite it not being used elsewhere.

Comments:
Cory was a great cartoonist, it's a pity he didn't do more comics.
The first strip here; "Training in Montana for Governor of New York" obviously alludes to Theodore Roosevelt's ascension to that office in the election of just a few weeks past.
Earlier in that year, T.R. had won an important battle in Cuba during the Spanish-American war, and was well known to have spent many years in the far West hunting, cattle raising, cowboying, and generally living a life of outdoor adventures.