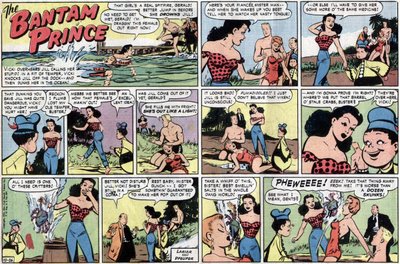 As discussed in a December post (see it here), I finally found a printed run of Montfort Amory's Pieces Of Eight strip in the Gainesville Sun, but could offer you folks no samples as the microfilm viewers I was using lacked print capability. Now, courtesy of Leonardo de Sa, I can share with you a few weeks of Burne Hogarth's work on that strip. De Sa, lucky fellow, actually found a few weeks worth of syndicate proof sheets of the strip, and he is nice enough to share them with us. Thanks Leonardo!

I'll present the first week's worth today, the rest tomorrow. This first week from November is not signed by Hogarth, but there's no question that it's him. The second week, from December, is signed. Enjoy! 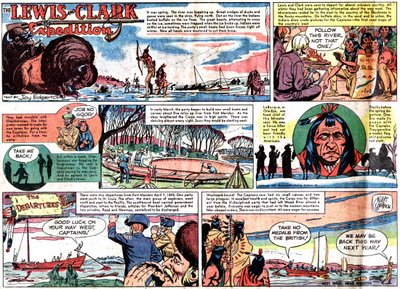 Cory, a woman on my Anoka Facebook group has 2 weeks of his comic featuring our Halloween celebration. 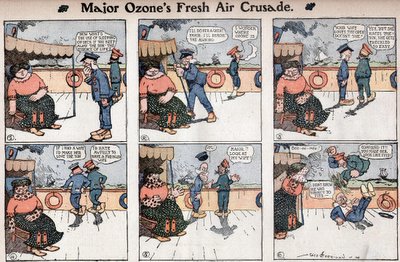 Obscurity of the Day: The Duke and the Duchess

Here's another one of the New York Herald-Tribune's filler strips, a phenomenon we discussed back on this post. The interesting thing about The Duke And The Duchess is that it was one of very few fillers done by cartoonists who also did 'regular' strips for the paper.

Kin Platt did this feature from 4/20/1952 until 4/18/1954, in addition to his art duties on Mister And Mrs. Of course, The Duke And The Duchess, like all the Herald-Tribune filler strips, ran on an occasional basis, so it was no great extra expenditure of artistic energy to dash one of these off every once in a while.

Obscurity of the Day: Gopher Tales 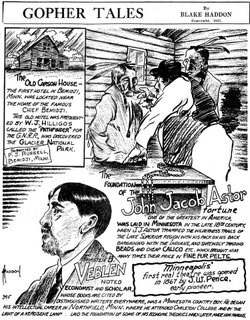 Here's one of those locally produced features that take a Believe It Or Not approach to local history. Gopher Tales by Blake Haddon started in October 1935 and ran until at least 1937 (perhaps much longer). All my samples are from Minneapolis Tribune. It is unclear whether Haddon was producing it for that paper alone or if he was a freelancer trying to syndicate it to other Minnesota papers.